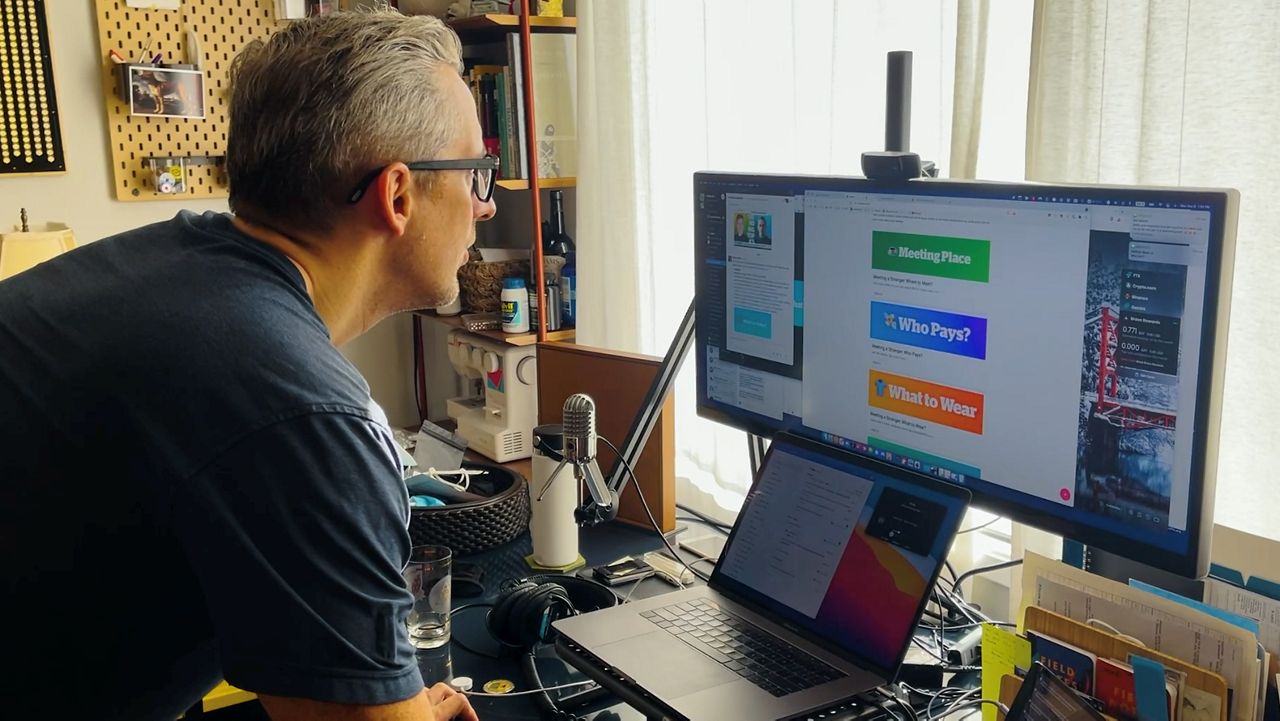 Publicly traded man sold life to investors for $1 a share

LOS ANGELES — It is safe to say few people are more "invested" in their wardrobe than 44-year-old Mike Merrill.

“I’ve laid out sort of some different outfit options and it kind of goes from most formal to least formal,” Merrill said. “I could be wearing collared shirt all the way down to a pair of shorts.”


Merrill is no fashionista. He works in advertising, but even though he is not a child, he has other people picking out his clothes — more than 1,000 people to be exact.

“Jeans and a T-shirt came in at 61%,” he said looking at his phone. “I’ll be selecting the middle ground slightly formal jeans with a very casual T-shirt.”

Merrill was getting ready for a meeting with one of his newest shareholders. The investor had recently bought stock, not in Merrill’s company, but in Merrill himself.

“I’ve been doing it long enough now that I kind of forget how weird this is,” Merrill said.

In 2008, Merrill became the first ever publicly traded person by splitting himself into 100,000 shares, at $1 apiece.

Every few days, Merrill posts a set of questions on an exchange market he built online. On an afternoon in November, his shareholders got to decide not just what he would be wearing, but where the meeting would take place, what he would order and even who would pay the bill.

It may sound a little crazy but Merrill may be on to something.

A Los Angeles-based startup called NewNew is now offering investors a chance to buy shares in their favorite influencers, billing itself as a “human stock market.” And last month, Merrill gave a TEDx Talk in Vienna about his experiences.

Since his human IPO, Merrill sold more than 16,000 shares, now valued at just under $6 each. He makes money by selling more stock, but the real value is the advice he gets from his investors.

“To a certain extent we all do this,” Merrill said. “When we have a big decision we’re making, we ask our friends, we ask our family. The way I am doing it is obviously strange in that I am valuing that input based on how many shares a person has. But ultimately it is about having a relationship with people and kind of figuring out what’s the best path forward.”

Over the years, his shareholders have voted on all sorts of decisions. A motion to go vegetarian was approved. Another to get a vasectomy was rejected. But, there is one area of his life that is completely off limits.

“There was a period when the shareholders controlled my romantic life,” he said. “Everything from who I dated to even like moving in with someone, whether or not we get married or not, and that was a kind of a five-year-long experiment that ended in breakup.”

Tim Dela Motte, who is an actor and proud owner of one of Merrill’s shares, said he bought in mostly out of curiosity.

“In a world where we’re kind of living in where nothing is real anymore and everything is a little bit 'memefied,' this was an interesting way to get in on some of that,” Dela Motte said.

Though shareholders can pick the location of meetings, not all of Merrill’s tasks are successful. At a boutique coffee shop, where a meeting took place, investors wanted Merrill to order a cinnamon roll but the coffee shop was out. Instead, Merrill ordered a croissant.

There is no penalty, but Merrill is aware that each time he fails people could lose interest and sell their shares, causing his stock price to dip.

As for who ended up paying the bill? Shareholders opted for a coin flip, which Merrill lost.

In the end, Merrill's hope is to invest in a community of shareholders who can guide him along the way. And that, he said, is guaranteed to pay dividends.