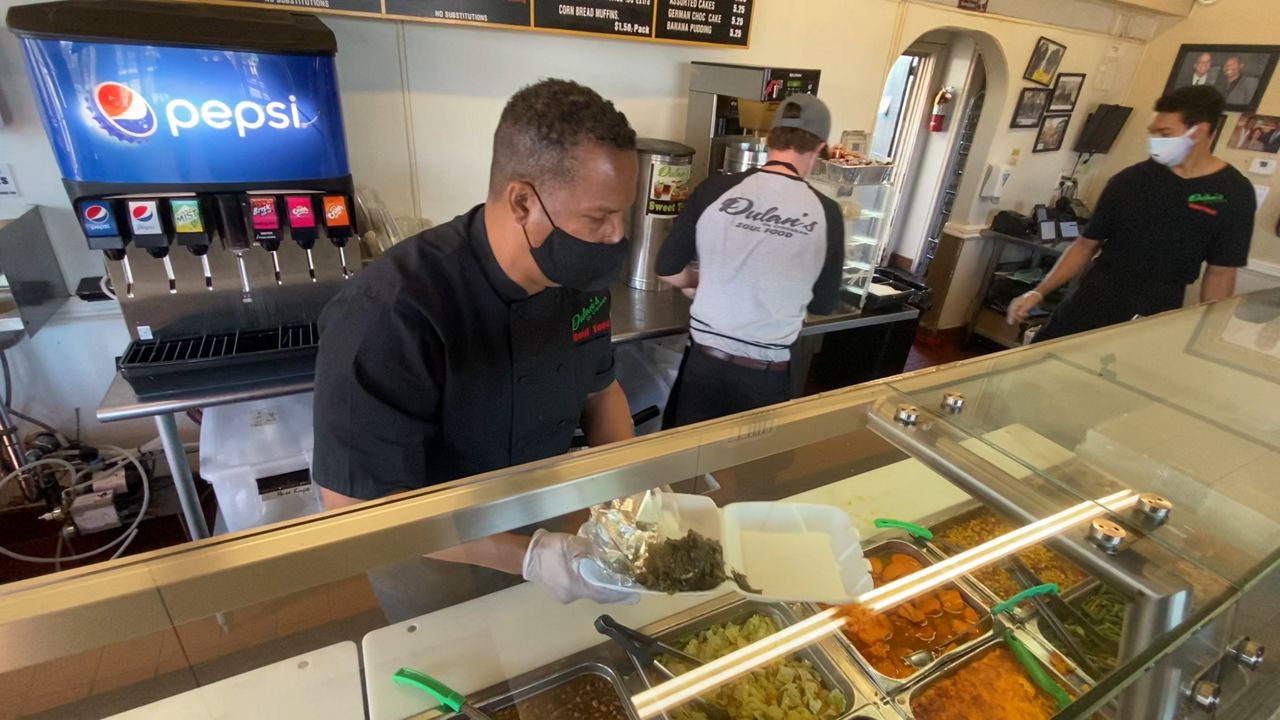 SOUTH LOS ANGELES — Greg Dulan has been serving up crispy chicken, mac & cheese, and more for decades at Dulan’s Soul Food Kitchen, which started with his late father.

Dulan has been helping in the family’s food business since he was a child.


“It’s very rare to have Black-owned restaurants transition from one generation to the next,” said Dulan. “That’s something that my father always wanted to see.”

They now have three locations in the Inglewood, Los Angeles area, and customers come from as far as San Bernardino to get their food.

With Super Bowl LVI coming to SoFi Stadium next year, Dulan wants the chance to reach the world. It’s why he’s applied for the Super Bowl Business Connect Program and is already prepared with two brand-new trucks for the mobile restaurant and Hotville Chicken brand.

“To provide catering services for the different events being held, we want to bring the soul to the Super Bowl, put us on the world stage like nothing we’ve ever had before," said Dulan.

The Business Connect Program is designed for businesses owned by minorities, women, veterans, and the LGBTQ+ community. Those L.A. county companies selected will have a chance to bid and pitch for Super Bowl week contracting.


Kathy Schloessman, president of the L.A. Sports and Entertainment Commission, explained that even with all the events the Super Bowl brings, programs like Business Connect are the true value of having the game come here.

"If they have local diverse businesses who are telling stories later to you or to the press about, 'Oh my gosh, getting this contract for the NFL Tailgate Party or the NFL house changed my business, put me on the map,' that’s a great story," said Schloessman. "The Super Bowl isn’t just about the game. You have to bringing jobs. You have to be bringing opportunities."

For Dulan, it would mean everything to have the restaurant he and his father began land on the Super Bowl stage.

“To expand and grow what he started,” he said.

In addition to the Super Bowl next year, the College Football National Championship comes to L.A. in 2023, followed by the Olympics in 2028. Los Angeles is also in the running to host matches in the 2026 World Cup.