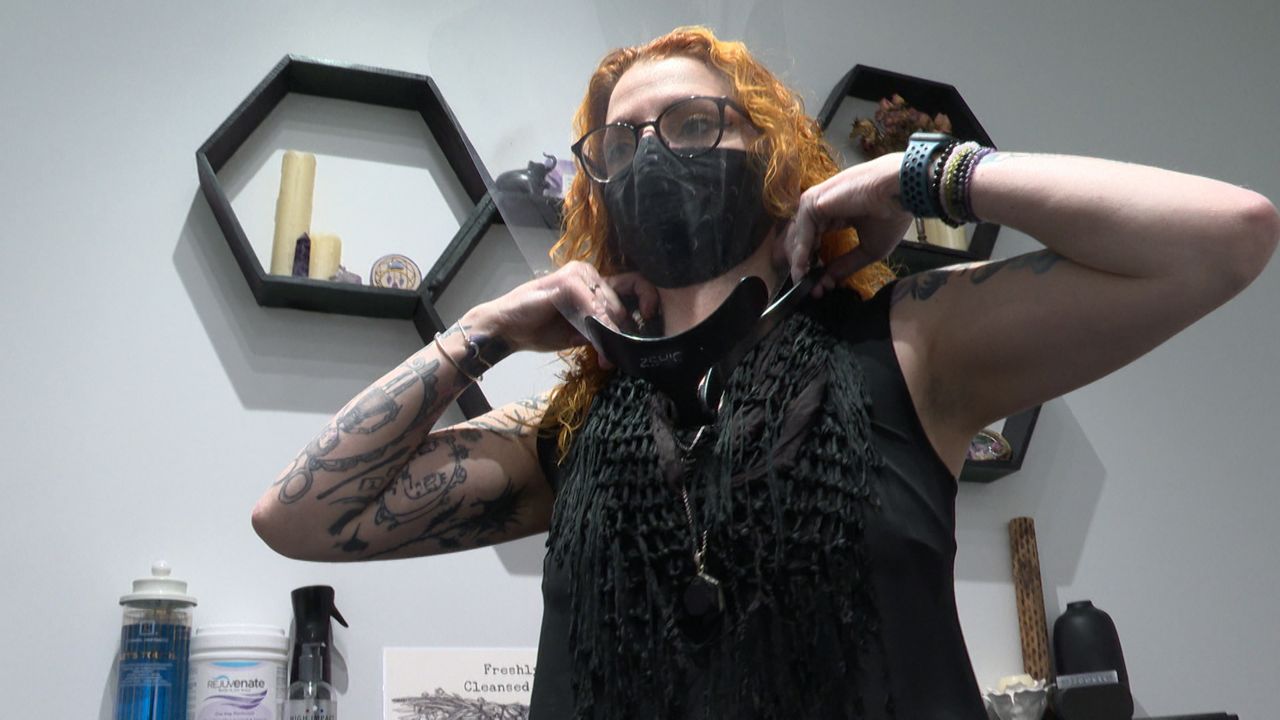 Hair Salons Among Businesses Shut Down for Third Time During Pandemic

BURBANK, Calif. — Alana Thomas sanitizes her hands so often, her knuckles are raw.

“My hands are so angry, I call it my dinosaur skin now," she said.

Despite all the scrubbing, on Monday her fingertips were still blue — stained from one last round of dye jobs before the midnight deadline for salons to shut down.

Thomas is the owner of Lunar Alchemy and describes herself as a “science-driven, numbers-driven type of gal.” She sees the value of the shutdown and certainly isn’t surprised by it, but doesn’t always see the logic in how it’s applied. She and many other stylists have been asking for numbers to explain why their industry is being singled out. So far, she explained, they haven’t gotten them.

Although she’s only been open five out of the last roughly 10 months, Thomas noted that she hasn’t had one client contract COVID-19 at her salon, nor does she know of anyone who contracted the virus through a different salon.

“I would absolutely love to know where these shutdowns for our particular industry is coming from,” she said.

Then there are the numbers Thomas knows all too well: Her revenue for the year is down 50%. Even when she is open, Thomas sees fewer people because she has to air out the room for 30 minutes between clients. She used to see 10-15 a day. Now, she can only schedule maybe three to five. Plus, all the additional PPE and cleaning products she’s had to buy comes at “a pretty good price tag.”

“I am being put in a situation right now where my whole life savings is going to be gone, and all we’ve been told to do is be patient," said Thomas.

Not only has the pandemic has delivered a financial blow to her family, but it’s also taken a toll on her emotionally.

“It is not a job; this is my life,” she said. “My wife wrote this amazing Instagram post during the first shutdown, and she said that it looked like when you watch a candle and the flame is dying — that’s what I looked like because my hands are tied.”

Each time Thomas has been able to open, she has followed the new rules and recommendations to the letter. She’s willing to go even further: Wear more PPE, stand behind a barrier — whatever it takes to open her doors.


Thomas doesn’t necessarily agree that the decisions being made by the ones who are in charge are fair. For instance, her suite is attached to an indoor shopping center that is still open at 20% capacity. She noted that she saw four customers Monday morning walking around, inside the mall, without wearing masks.

Even in her own industry, the vivid colorist sees inconsistencies and would welcome the opportunity to address them with Gov. Gavin Newsom.

"Please evaluate the whole beauty industry as a whole before you shut us down," she said. "And then don’t go and let the barbers open up outside and leave all of the colorists out in the dust because that is the only way that I truly make any income."

This latest round of closures is expected to last at least three weeks, but while she locks the door to her salon, Thomas again feels both hopeful that this will be the last time she is forced to shutdown, and helpless because what happens next is out of her control. The only way to beat this, she explained, is if people care enough about one another to meet this pandemic as a united front.

"Let’s mask up and let’s be safe. If we cannot do that, my entire livelihood that I have worked and fought tooth-and-nail for will be over, and that is not being dramatic."