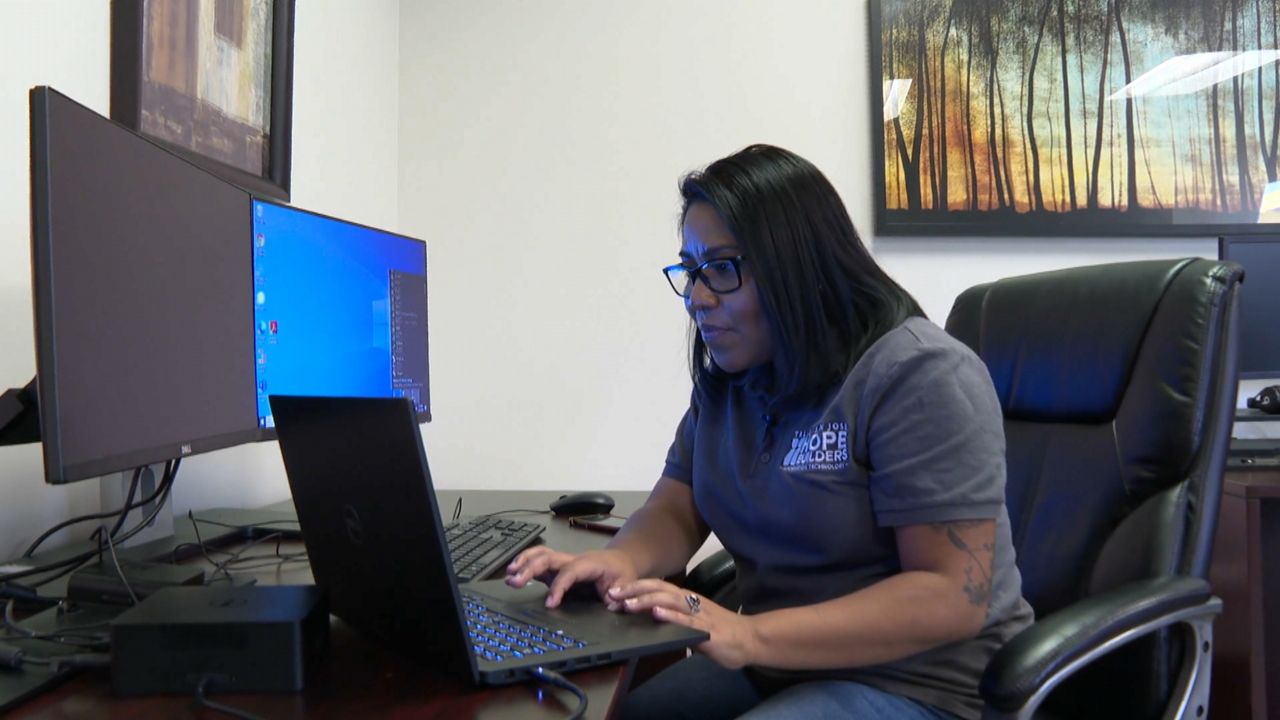 IRVINE, Calif. — Data shows that jobs that require a high school degree, but not necessarily a college degree, will see a significant increase during the next decade, especially in Orange County. But data also shows there may not be enough candidates to fill those jobs.

That’s why the Orange County Community Foundation (OCCF) is addressing the gap through a workforce development initiative. It’s an initiative that began before the pandemic, that connects educational institutions, nonprofits, and local businesses.

One of the businesses that benefited from the initiative is briteCITY, a company that provides IT (information technology) support to other businesses. Michael Latimer is the Director of Information Technology at briteCITY.

“Basically it’s just like trying to replace an IT staff that they would normally hire. But instead of hiring them, they go ahead and bring us in," said Latimer.

Latimer has been working in IT for decades, the past seven years with briteCITY. The company picked up enough new clients last year to hire six people. But he said the search for employees wasn’t easy.

He said, “Traditional hiring has been really hit and miss. We’ve had some really good finds.”

But some not so good finds. And he added that the company had been looking to fill two more roles just before the pandemic — roles that are part of what are called middle-skills jobs.

Latimer explains middle-skills jobs, “they typically don’t require a college degree. Although we do have people who do have them. We’re as willing to bring in somebody who we can train.”

According to a report from the Orange County Business Council, the middle-skills job market has grown by 25% since 2003 in Orange County. During the next decade, that’s more than 17,000 jobs according to the report. But the numbers also show, there’s not enough people to fill the roles. That’s why briteCITY turned to Hope Builders, one of the nonprofit recipients of a grant through OCCF that’s helping to train undereducated, unemployed young people like Grecia Biviano.

Biviano went through the nonprofit’s  IT training program. Through the program, Biviano landed an internship with briteCITY. She started the internship in Irvine, before the start of the pandemic.

Biviano said she was unable to go to go to college, even though she had planned on pursuing higher education.

“So, I graduated high school. Toward the end, I found out that I was expecting a little girl,” she said.

So, Biviano said she went straight to finding a job that could support her new daughter. Biviano said, after several job changes and working for a company that moved out of state in 2018, she “realized, OK well, I need to do something out of my life.”

Biviano wanted to find a job that would help her feel fulfilled. “I think definitely it is one of those careers where I’m happy doing what I’m doing just because it’s not a routine," she said.

While she didn’t have much experience working in IT, Latimer said Biviano already had the second, and equally important part of doing this job, “the real people skills that we need.”

Latimer acknowledged that having people skills is essential to getting clients through an IT crisis, like email acting up, or technology just not working out. He said the he could train Biviano and work with her on figuring out the technical stuff and added that the internship is a time investment, but an investment with a possible future. “The hope is that we can go ahead and bring them into a normal full time position," he said.

Biviano did get the job! Latimer said that during the pandemic Biviano was hired full time.

According to the Orange County Business Council, middle-skill jobs can earn about $53,000 annually, compared to closer to $31,000 for low-skill jobs. Other middle-skill jobs include the health care, advanced manufacturing, and other industries.