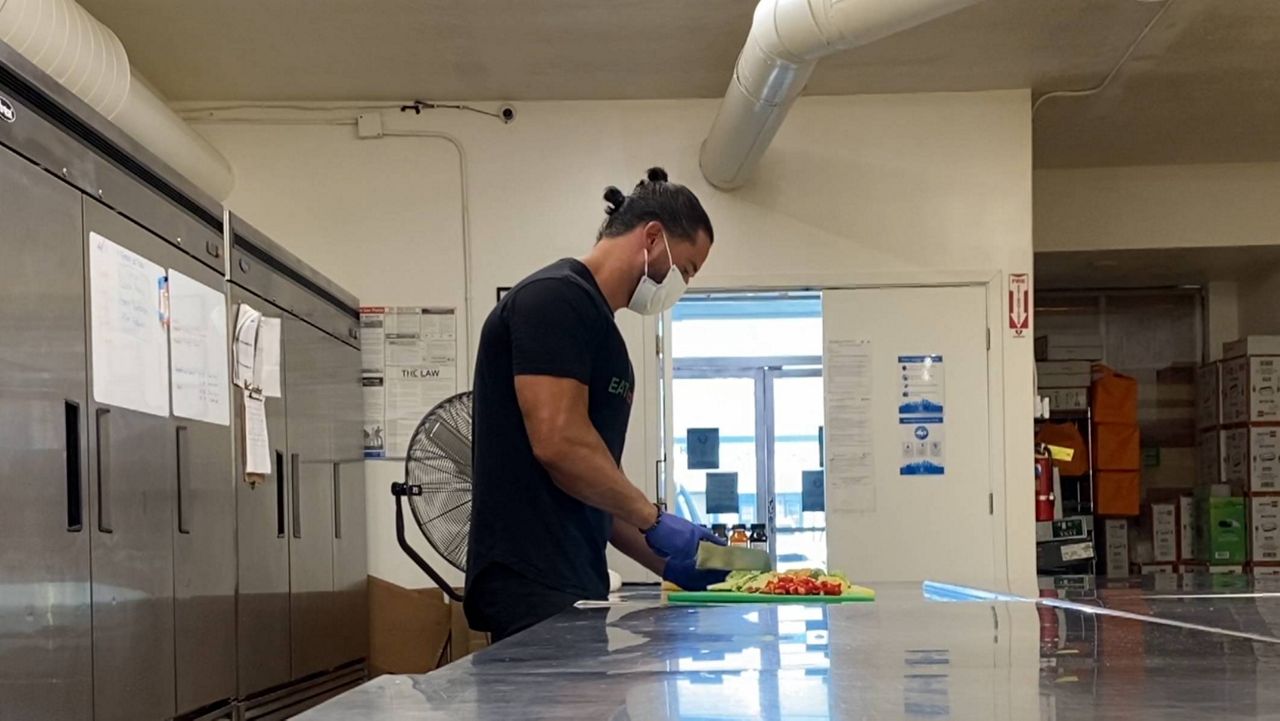 NORTH HOLLYWOOD, Calif. — Growing up in a family that loves to cook, Fernando Restrepo knows his way around a kitchen. Restrepo loves cooking so much that six years ago he left his job in real estate to follow his passion.

Restrepo created EATNakedLA, a meal prep delivery company named for its clean, nutritious foods. He started off by cooking meals in his studio apartment and delivering them to doctors who had patients with specific dietary needs. The online meal-delivery market was relatively new when he got into the business six years ago, but experts project the market will be worth $13.8 billion in 2020.

“There were very few meal prep companies out in the market, but I did understand that there was a big need for a service like ours,” he said. “I don’t even think Grubhub and Postmates and things like that were out at that time.”

Since the pandemic started, he’s seen a surge in demand from people who want to stock up on healthy ready-to-eat meals while staying safely at home. He and his staff of 15 people make approximately 10,000 meals a week, which are meant to be eaten within a few days.

For someone like Daniel Blake, a North Hollywood resident who has frequently ordered from meal delivery companies, having meals delivered is crucial during this time.

“My wife is a nurse so what I really wanted to do was limit my exposure going out and just the ability to do a quick grab and get meals for a week,” Blake said. “That was so much better to me than going to a grocery store.”

Blake said the meals give his family some variety in their diet while avoiding going out, the two things Restrepo said people are looking for right now.

Since he already had a delivery system in place when the pandemic hit, he wasn’t scrambling to keep his business afloat, like many restaurants. He’s also been able to partner quickly with non-profit organizations working to feed underserved communities, including the homeless.

When the pandemic hit, Restrepo’s business suffered a hit after university athletic programs he partnered with including, UCLA, Loyola Marymount University, and Pepperdine, shut down.

EATNakedLA did pick up new customers like stay-at-home moms and elderly customers who enjoyed the ability to customize their meals.

Restrepo has even been hiring and growing his staff.