Independent Venues at Risk of Closing Due to COVID-19

WESTLAKE, Calif. – Venues won’t be allowed to invite guests until Stage 4 of the reopening, which has severely impacted the feasibility of independent spaces as well as performers. Comedian Felicia Folkes was on tour in San Francisco when all nonessential businesses were ordered to shut down.

Told to go home, she misses the live audience most.

“It’s just hard to do comedy when there’s nobody in the room,” explained comedian Felicia Folkes as she stands on stage in front of an empty venue. “You know, I really need people to react to my comedy and when no ones reacting, it’s kind of hard to know what’s funny and what’s not. But I guess that’s funny too, so.”

From the South Bay, Felcia decided to become a stand-up comedian after searching on the internet for ‘cool jobs.’ After landing an internship at a comedy club, she got the opportunity to take the stage during an open mic.

“Venues like Dynasty Typewriter for a comic is like a second home” said Folkes. “It’s where you go see your friends, it’s where you go to work. Sometimes it’s not even about you, just to watch other comedy. You know, it’s more like a therapy.”

The National Independent Venue Association estimates 90% of independent venues are at risk of closing without assistance from the government while Pollstar estimates a nine billion dollar loss in ticket sales if venues remain closed throughout 2020. 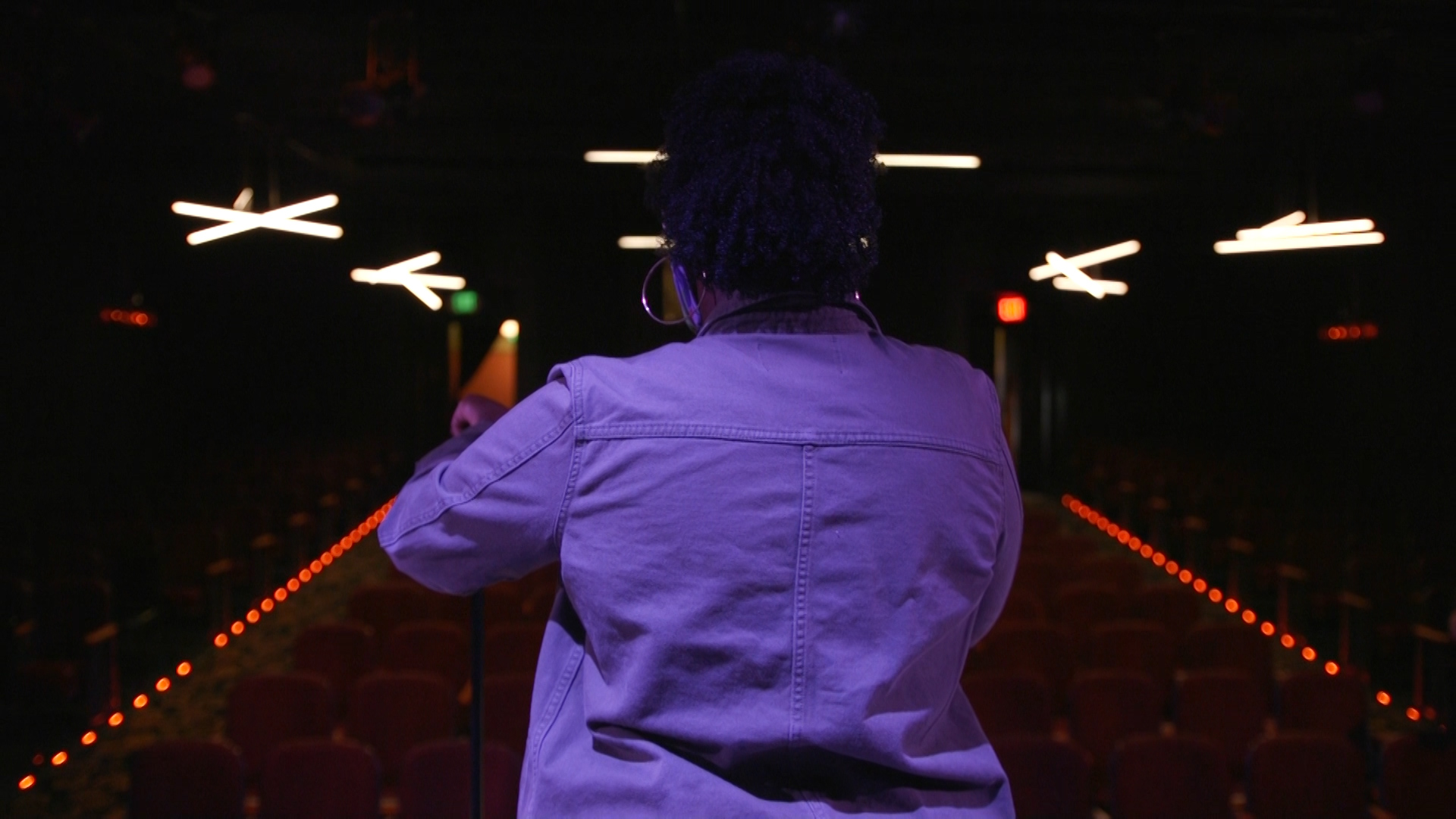 “So obviously to close our doors with this pandemic has been devastating for us. We want to be able to be alive when this is all over,” said Jamie Flan after recording a session. “And just like us, it’s the performers that use this stage all the time, who make their livelihood and really need these theatres and these spaces to survive.”

To Jamie, the relationship between venues and performers is symbiotic. He says 80% of their revenue comes from comedy, while the rest comes from film screenings and live podcasting. And as much as Felicia stays creative performing for her fans on the internet, it’s just not the same as performing live.

“Comedy is so important I find culturally for everyone and for society,” said Folkes. “People need to laugh now more than ever. Whenever you go through something hard, yes, you go through that, but like you look for things to pick your spirits up and if we don’t have venues to do comedy, I don’t, you know, there’s only so much TV you can watch.”

Like they say, a good laugh heals a lot of hurt.