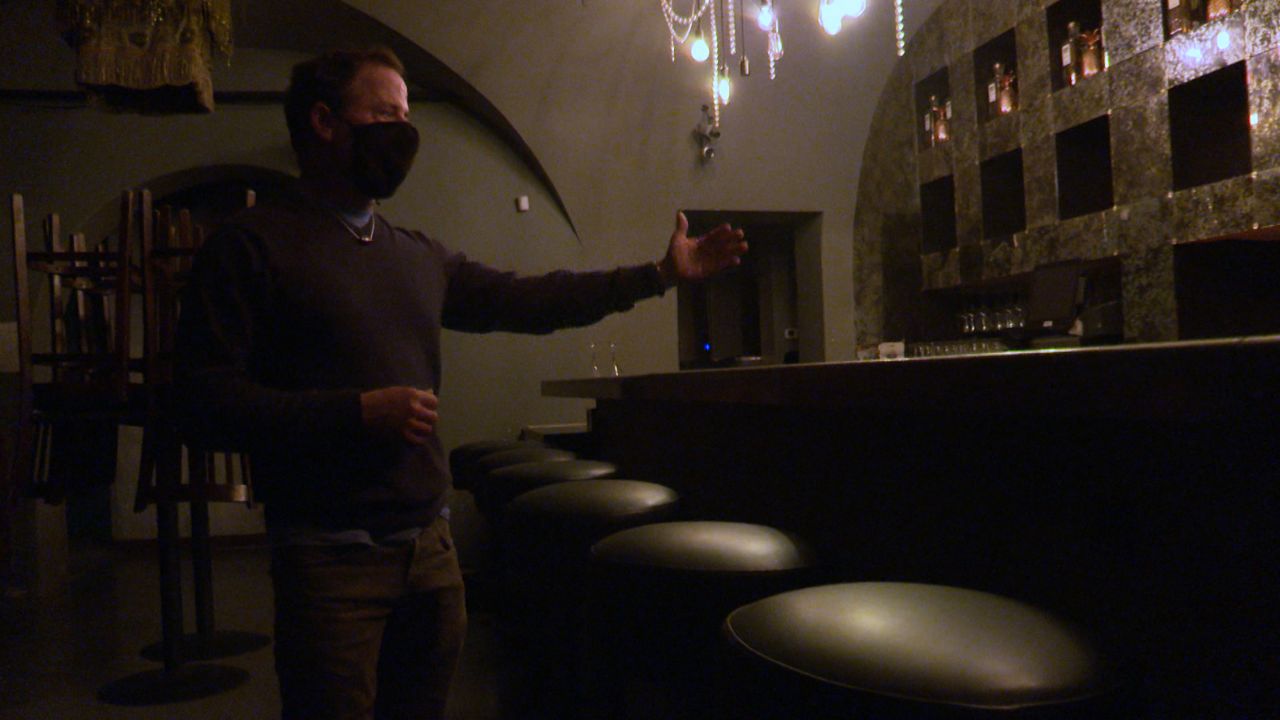 Restaurant Owners Trying to Plan for Reopening With Restrictions

LOS FELIZ, Calif.  – On a typical show night, Rockwell Table and Stage is packed with people and performers. But for the past few weeks, this supper club and music venue in Los Feliz has sat empty.

Although Governor Gavin Newsom hasn’t indicated when restaurants will be able to reopen, he has given owners like Chef Wayne Elias a sense of the changes in store.

Even before the governor's statements earlier this week, Elias had already been thinking about what the slow recovery will look like.  Take the bar in the theater space. It normally seats 10. Spacing people apart will allow room for just three stools and that’s just the beginning.

"We have to figure out what is the correct amount of distance when you are ordering something, serving somebody, passing something to someone," Elias said.

He's even pondering putting up plexiglass windows like those in a bank.

Seating for show will be different too. His 140-seat theater will hold far fewer people and that will impact the types of productions he can mount.

“We’re going to seriously look at how many cast members, how many band members," he explained. "We will have to cut those budgets down for sure.”

It’s a domino effect, he says. Fewer ticket sales, fewer table tops, all of it means fewer dollars coming in. Which means he’s looking at a reduced staff, at first at least, and that weighs on him.

“It’s a lot on my shoulders, it can bring me to tears," he said. "I feel responsible for taking care of everyone before myself.”

At the same time, Elias also has to take care of the rent – a big problem all kinds of small businesses will be struggling with.

“We’re going to have to go to our landlords and talk to them," he explained. "They can see what’s going on in the world. It’s better to have us here paying some sort of rent instead of putting us out of business and having nobody.”

Elias says his industry was one of the first hit by the pandemic and he suspects it will be among the last to recover. He estimates that the process may take a year, maybe two.

It may be a while before he can fill this room to capacity but he looks forward to having it once again filled with music and laughter.

While we are sad to have to say “see you soon”, we are already very excited to come back as soon as we can. Stay connected with us here as we collect some great social media content to share and entertain you. We love our patrons and can’t wait to welcome you all once again. Stay safe and healthy! #RockwellTableAndStage