On Wednesday, Heroes Hall Museum at the Orange County Fairgrounds will open a new exhibit called Fighting for the Right to Fight: African American Experiences in World War II.


"One of the highlights of our museum is that we're the keepers of the history of the Santa Ana Army air base that was here during World War II," said Carol Singleton, supervisor at Heroes Hall Musem. "So we are housed in the old Army barracks from that era, from that base, and it's one of the last barracks left from that time."

Produced by The National WWII Museum, the new exhibit inside features artifacts, photographs and oral histories to highlight some of the achievements and challenges faced by African Americans during the war — both overseas and on the home front.

The U.S. military was segregated during WWII. Black servicemen and women were put in separate all-Black units, as Singleton explained. They also weren't allowed to serve in combat roles, instead being relegated to service jobs such as cooks and mechanics. As the war wore on, however, and the demand for combat soldiers grew, opportunities opened up for Black service members.


"It’s really, really important at this time, in our country’s history, that we have an exhibit like this because this exhibit tells the story of the African American who wanted to fight for their country, and yet they were discriminated against," said Singleton.

At first, only the Army and Navy allowed African Americans in their ranks. But in 1942, the Marine Corps created its first all-Black regiment, which served in anti-aircraft battalions and supply and logistics roles. By the end of the war, 17,000 Black men had enlisted in the Marine Corps.

Heroes Hall Museum's two-story exhibition space in Costa Mesa will rotate themes semi-annually, with each focusing on an aspect of the personal stories and experiences of veterans. The museum is open Wednesdays through Sundays from 10 a.m. to 4 p.m. Admission is free.

Following Wednesday's opening to the public, there will also be a ceremony on Saturday starting at 11 a.m. with guest speakers to officially welcome in the new exhibit. For more information about Fighting for the Right to Fight: African American Experiences in WWII, please visit here. 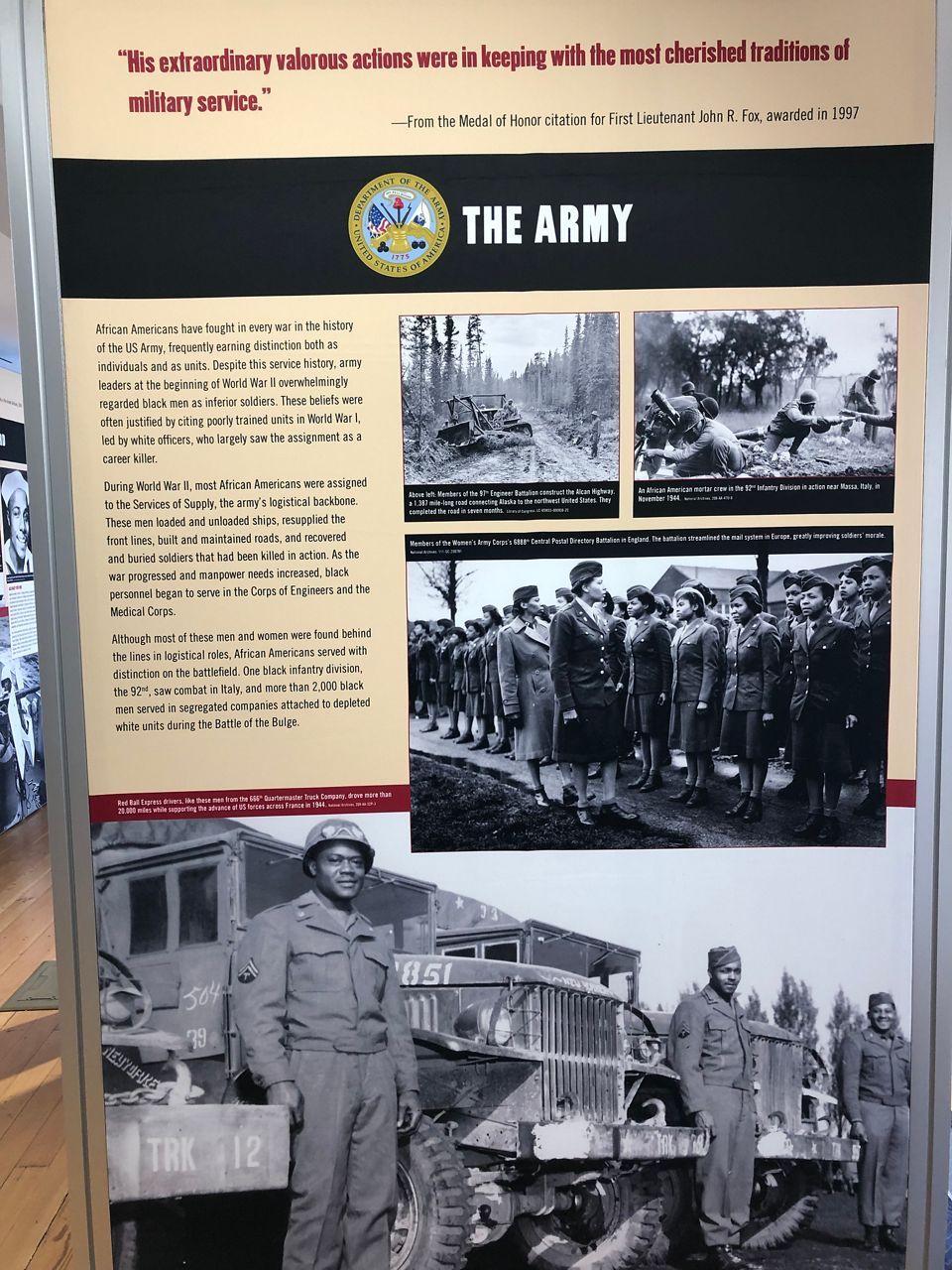