LOS ANGELES — Most people who go to Goodwill are looking for cheap vintage clothes or gently used housewares, but visitors to its Atwater Village location this weekend will get to experience a first-of-its-kind art exhibit. Think T-shirts stretched into canvases and pairs of blue jeans splattered with paint.

They’re all part of the new “Fabrics” pop-up exhibit presented as part of the Frieze LA art fair this weekend at the Goodwill Southern California Community Enrichment Center. Walk into the sprawling thrift store this week through Sunday, and the walls are transformed with enormous canvases stitched together from clothing castoffs topped with smears of paint.

Some of its racks are replaced with upcycled fashion sewn from throwaways. And the music playing in the background? It was created while the art and fashion were being made at the Better World Fragrance House studio in LA that is owned by the Canadian rapper Drake. 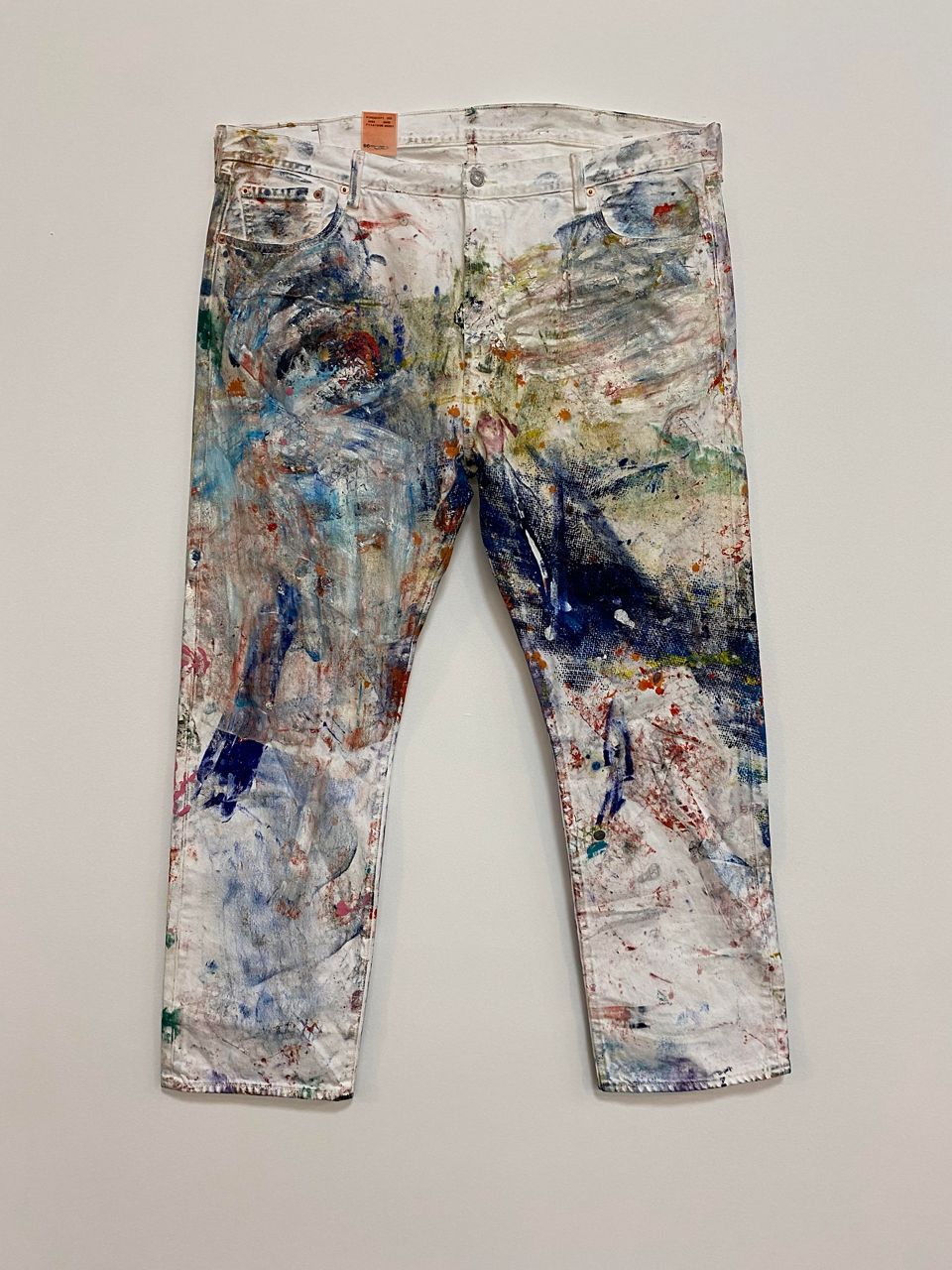 “We coalesce around this fabric issue. Fabric has a history, even just the canvas has a history,” said Lewis, who often works on burlap but who used canvases stitched together from discarded clothes for the “Fabrics” show. The American Sewing Guild of Los Angeles upcycled the usual Goodwill castoffs, connecting them into canvases that the artists then embellished.

The show originated a year ago when Romanelli approached Goodwill Southern California about converting its storage area into an art gallery. Romanelli then approached Spencer, with whom he had already been collaborating. 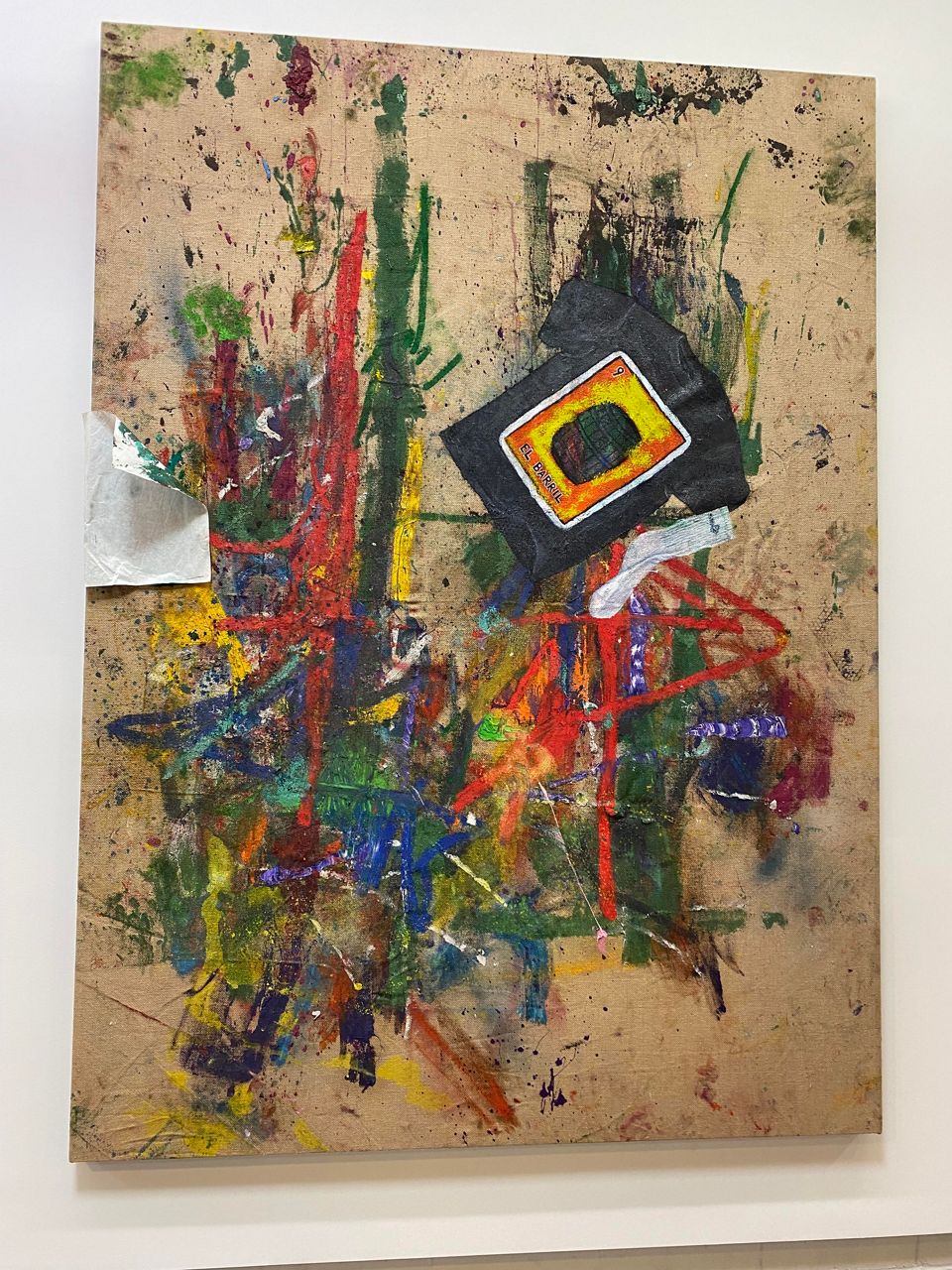 Part of the nonprofit’s Do Goodwill campaign to raise awareness about its mission to divert usable goods from landfills while providing jobs, all the art is for sale, with proceeds supporting Goodwill. While Romanelli’s upcycled fashion pieces will be sold at the store, Lewis’s work will be available through his art dealer, Vito Schnabel, who has galleries in New York, Santa Monica and St. Moritz, Switzerland.

The pieces will sell for more than the average Goodwill shopper is used to paying. Romanelli’s hand-sewn pieces range from $30 to $200, whereas Lewis’ are likely to go for tens of thousands, according to Jacob Hannah, who works on special projects for Goodwill Southern California. 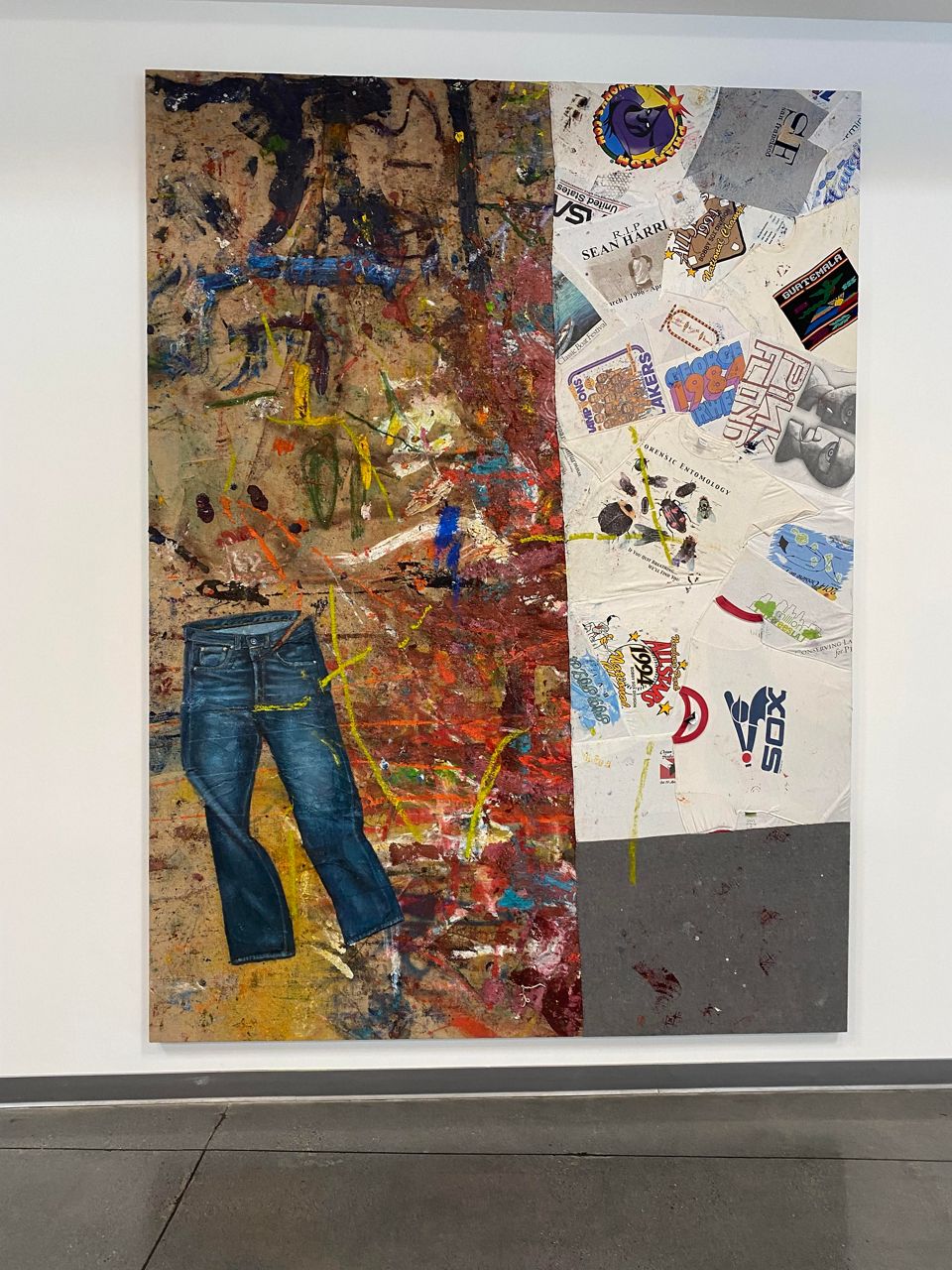 “I’ve been reconstructing vintage for over 20 years,” Romanelli said. “I remember my first couple years of starting out my brand and visiting the Goodwill often looking for certain garments. So many years later, having it all come full circle is such a fulfilling project, especially the idea of inspiring visitors who might think differently about the vintage they are seeing around them.”