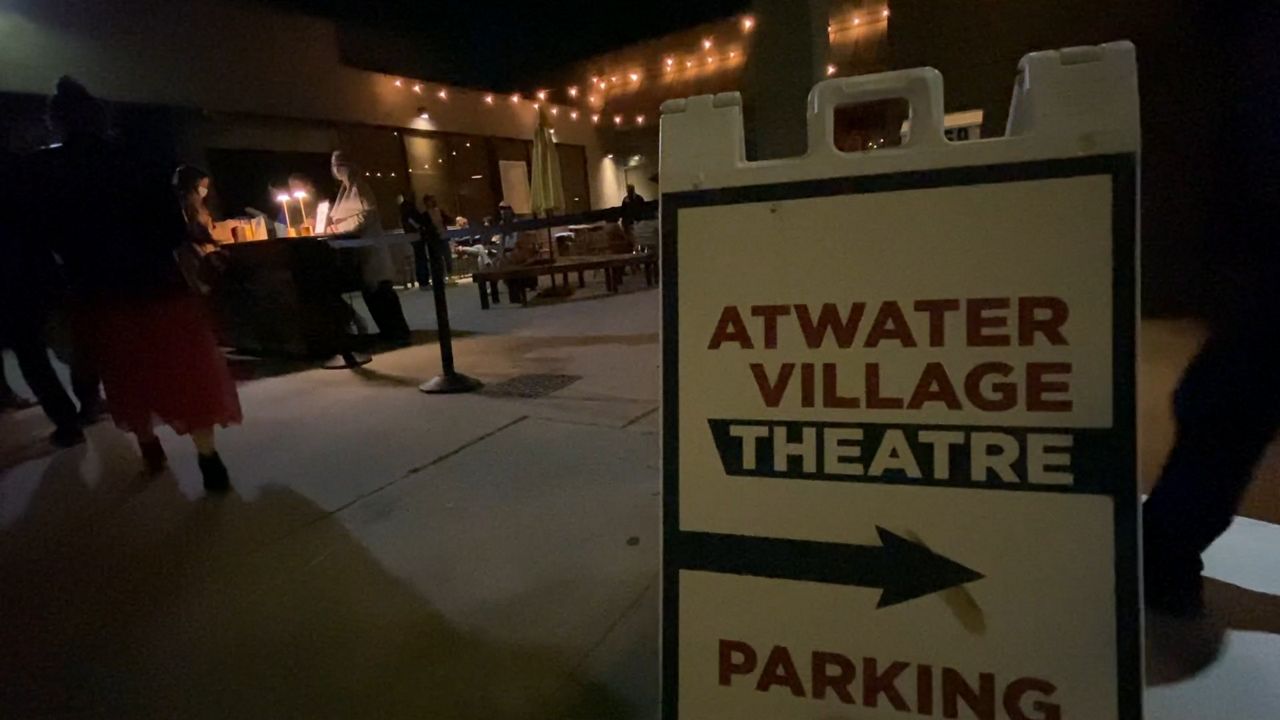 LOS ANGELES — Behind door No. 1, a new play called "Poor Clare" is being presented by Echo Theatre Company.

Behind door No. 2, a different group, Open Fist Theatre Company, has a different cast doing a pair of plays by Canadian playwright Daniel MacIvor.

The two entities share a wall, a building, even a box office, but they operate completely independently, co-existing in relative harmony.

"But we do fight over ladders," Demson laughed.

"Have we ever fought over ladders?" Fields said.

What sharing the facility allows them to do is tap into the energy generated in this theatrical hub. They run shows on the same nights, checking tickets and vaccination cards at the single table that currently serves as the COVID-friendly outdoor box office. Staggering curtain times help limit audience intermingling but not their collective enthusiasm.

"When you come here and Open Fist has got a show and EST/LA has a show and we have a show, it's incredible out there," Fields described. "The energy is incredible."

The Echo is Fields' brainchild, and he recites their mission with the somewhat weary familiarity of a man who has performed this monologue countless times before.

"Our mission is to nurture and develop the work of playwrights from any and all levels," he said.

According to their website, the company has produced 63 Los Angeles premieres, more than half of which were also world premieres like "Poor Clare," which opened in March of 2020 but was forced to close after just two performances.

"There was a lot of tears," Fields remembered. "And we just held out and held on."

It is the perfect summary of what small theaters have been doing since the start of the pandemic. Open Fist is operating at a severely reduced capacity, from 99 seats to a physically distanced 36. In addition to leading the company, Demson also is the board president of the Theatrical Producers League of Los Angeles. She has been leading the charge for state legislation that would bring more funding to small theaters.

"It's not sustainable right now," she said, pointing to her sparse, separated configuration of chairs. "When it's sold out, it doesn't even cover all my testing costs."

Sustainability is Demson's goal, and one she thinks is attainable. By investing in small theaters now, she says these entities will create jobs.

"The jobs are going to add immeasurably to the creative economy in California," she explained. "It's going to make sure the talent stays here. It will enrich and diversify our industry."

In the meantime, Fields says Atwater Village has been changing, gentrifying — he points to the presence of Teslas parked on the street outside — but he says the financial realities of producing small theater remain as challenging as ever. The companies in the complex don't pool resources or split costs. But Demson said they do benefit one another by creating art and community.

"It is a community though! It is!" she laughed delightedly. "Getting to know the artists and all of these companies, I think it's not really like nothing else in Los Angeles right now and I'm really excited to be here."