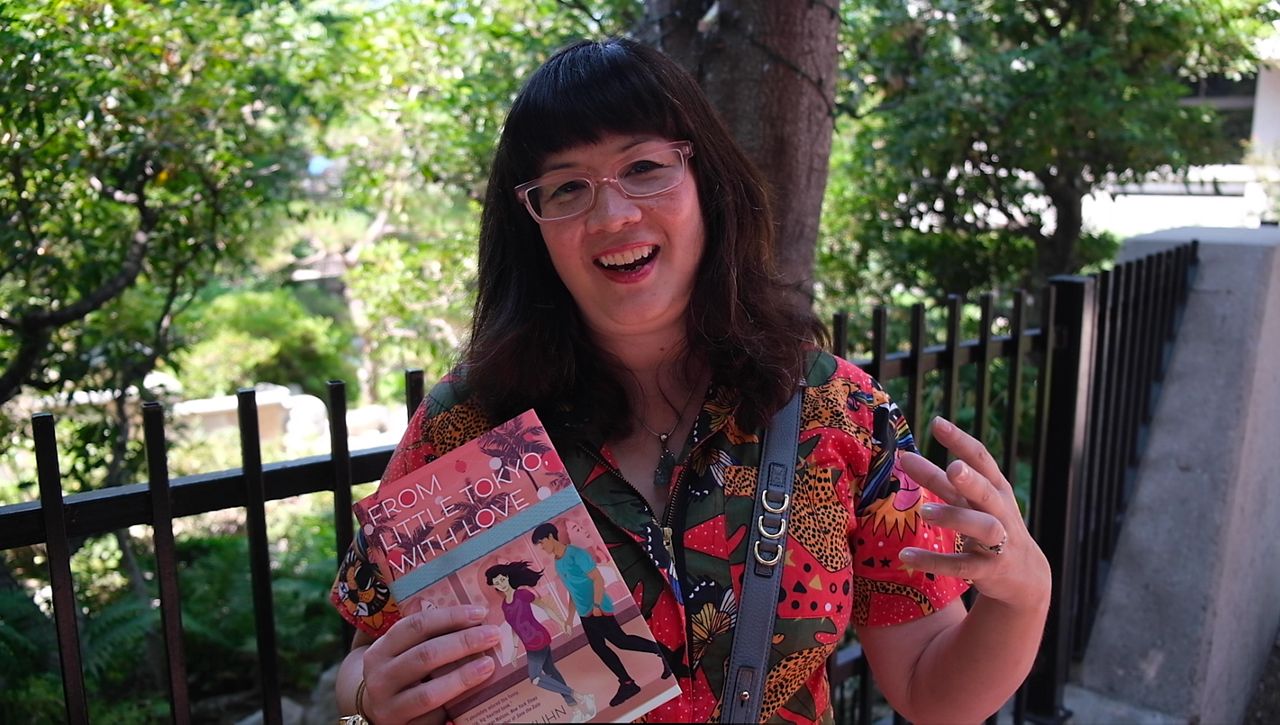 LOS ANGELES — A sense of belonging, that's one of the themes of Sarah Kuhn's writing. And in her new novel "From Little Tokyo With Love," she places her main character, Rika, in a rom-com fantasy mashup set against the living, breathing neighborhood of Los Angeles' Little Tokyo.

Kuhn said belonging is something she also found here herself.

"I grew up in a really small, really white town," Kuhn explained. "So, moving to LA was kind of a revelation. This is really where I found my Asian American arts community."

For her novel, Kuhn drew from her real-life experiences in Little Tokyo. For example, in the book, Rika finds her trademark "nure-onna" T-shirt at Bunkado, a gift shop that has been in the neighborhood for generations.

Other landmarks mentioned in the book include the historic Japanese fire tower, but Kuhn said it is also the endless stories that filled the streets of Little Tokyo that she cherishes.

The Japanese-style Zen garden at the Japanese American Cultural & Community Center is another one of those magical places for Kuhn, which also plays a pivotal part in her book.

Kuhn said she and Rika have much in common. Both are biracial and have a complex relationship with notions of fantasy and reality — which don't always see eye-to-eye, creating conflicts. Part of her and Rika's journey was coming to terms with the frustrations and anger they have inside.

"Women and girls are messy," Kuhn said. "We're messy, complicated humans. We are not perfect, and there's a lot of pressure — especially I think on Asian American girls and women — to, sort of, achieve this perfect standard. That's an impossible thing. But I do want younger girls to feel sort of seen by that, to feel empowered by that, to feel empowered by their own anger."

Kuhn said she hopes that after reading "From Little Tokyo With Love," readers might want to visit the Little Tokyo locations in her book and perhaps find some of its magic for themselves.

"It's like that underbelly of Little Tokyo I love so much is singing to me," Kuhn read her favorite line of her book.