SANTA MONICA, Calif. — Four years ago, artist Andy Moses was celebrated in a 30-year survey of his life’s work not far from where he grew up.

Mid-career, his work showed a consistent palette inspired by his time spent in the water while surfing off the beaches of Southern California.

“You never saw the same thing twice,” said Moses. “The line was always moving. The colors were always shifting.”

Looking at his most recent artwork today, you still see the same influence.

Interested in the physical properties of paint, Moses developed a method of painting through chemical reactions and by playing with viscosity and gravity to create compositions that simulate nature. Even the shape of his canvas looks like a wave. 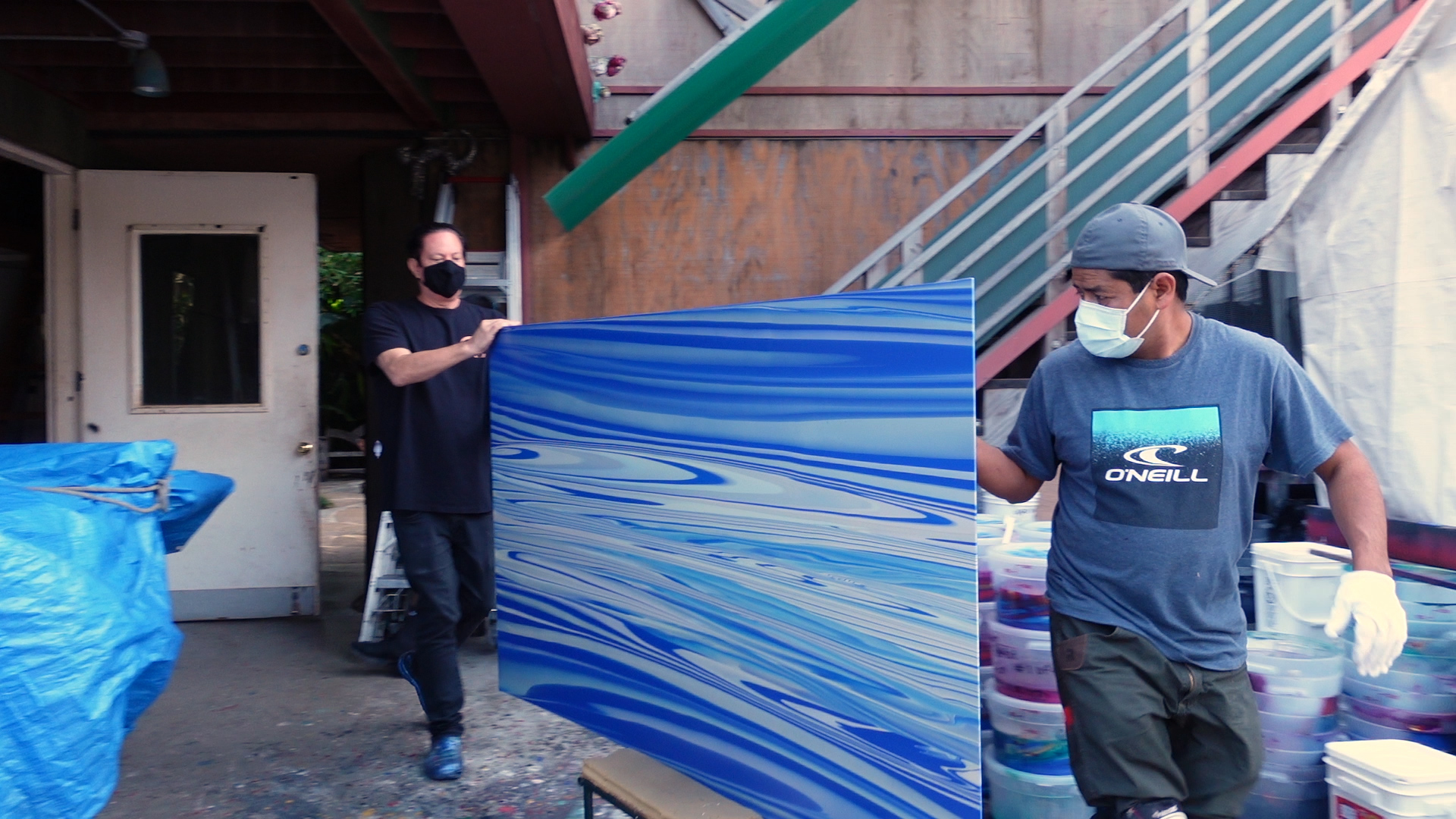 “I’m interested in how they suggest landscape or this kind of Earthscape, capturing a view of somewhere of the Earth,” said Moses. “It could be oceanic, it could be desert, but you’re looking through this flat space into the infinite and you’re capturing all the subtle change of light that actually happens when you’re looking at this kind of phenomenon.”

Growing up as the son of Ed Moses, one of the most celebrated artists in Los Angeles' history, Moses had a lot to live up to once he decided to become an artist himself. While studying film at CalArts, Moses discovered he preferred having sole control of a canvas over a camera. He now paints out of his father’s old studio, where his spirit can be found everywhere. 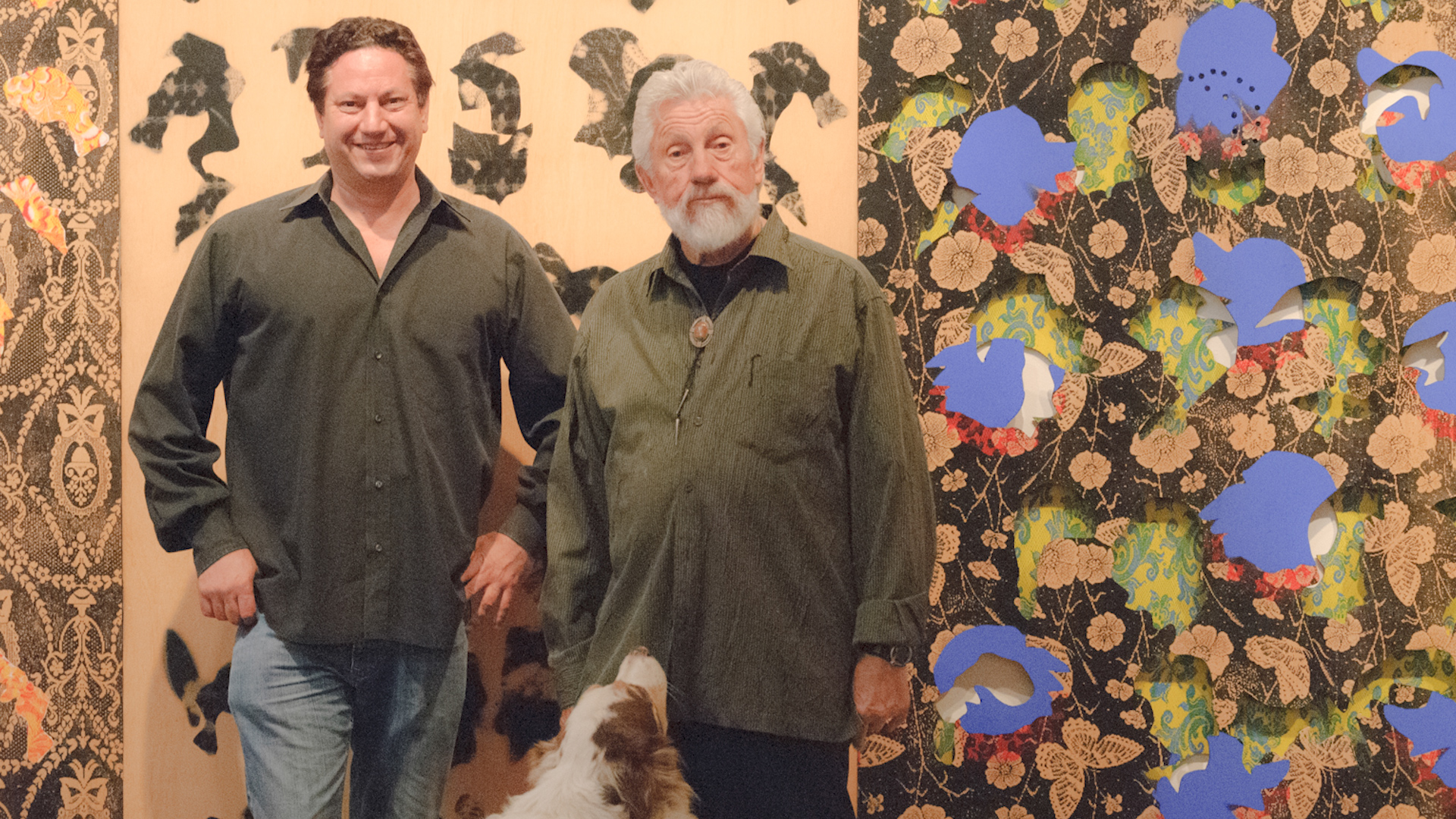 
“One of the things that I love when people have come to the gallery, especially during this time of COVID, there’s this appetite to be in the presence of an actual work of art, not just see something digitally or online or virtually, and these pieces are really interactive,” said gallery director William Turner. 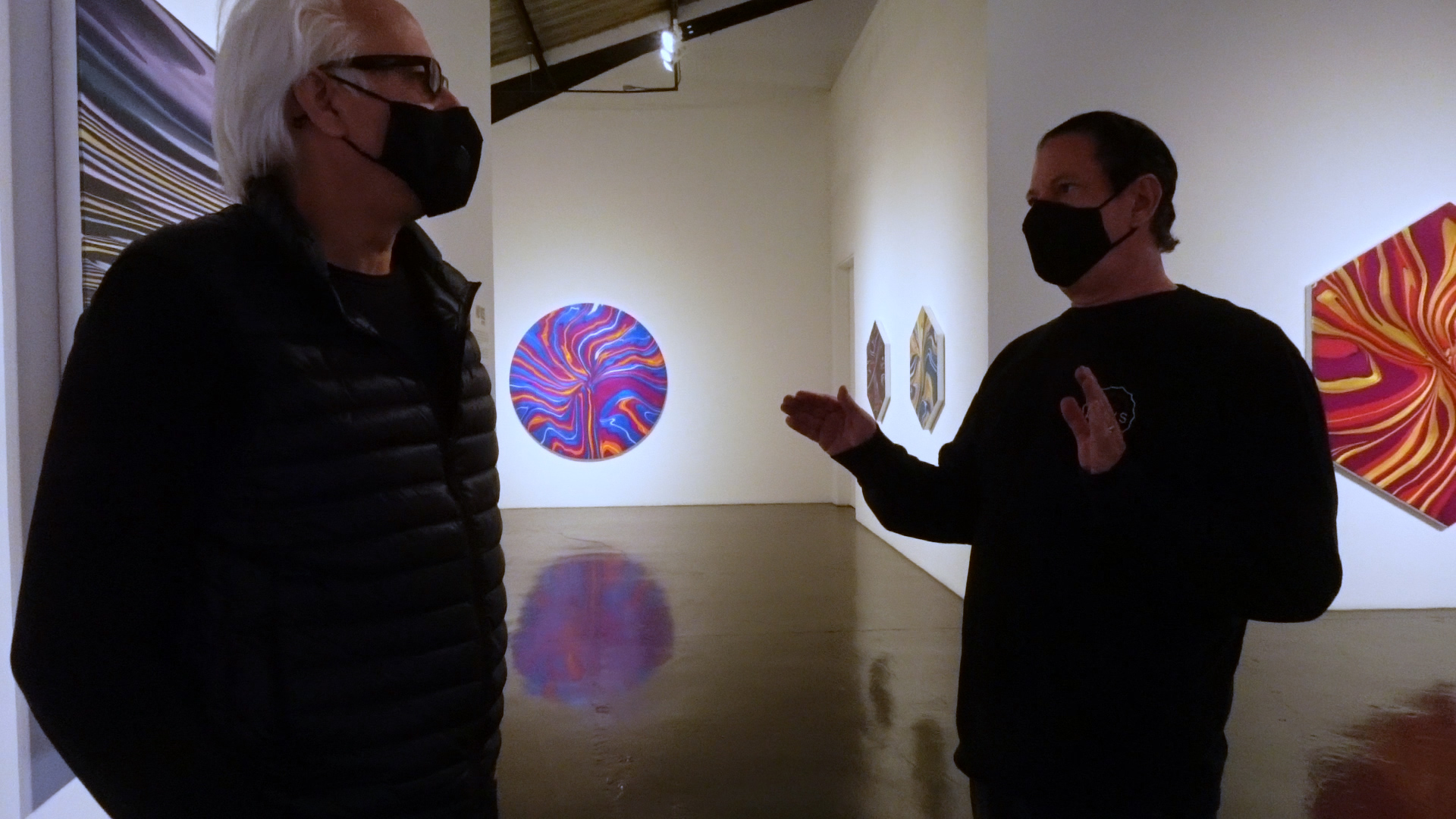 Opening during a pandemic does limit visitors, but Moses' work gets their full attention.

“For 35 years now, I’ve been interested in exploring this line between abstraction and the galactic and microscopic phenomenon on a human scale, and how we relate to it,” he said.

Art is human, and human is nature.