LOS ANGELES — For generations, children of all ages have enjoyed the Bob Baker Marionette Theater and its classic hand-made charms. It is a SoCal treasure that for many years has been struggling to stay afloat and now, under the pandemic, the theater team is reaching out to the public for some extra support.

"Happy the Birthday Dog," one of the theater’s over 3,000 hand-made puppets, is looking pretty good for being 60-years-old. Current executive director and head puppeteer, Alex Evans recently demonstrated how he operates the marionette at the theater’s new home in Highland Park, which is being billed as, “the place where imagination dwells.”

Evans joined the puppet company through happenstance 13 years ago, after wanting to get into special effects and animatronics for many years. 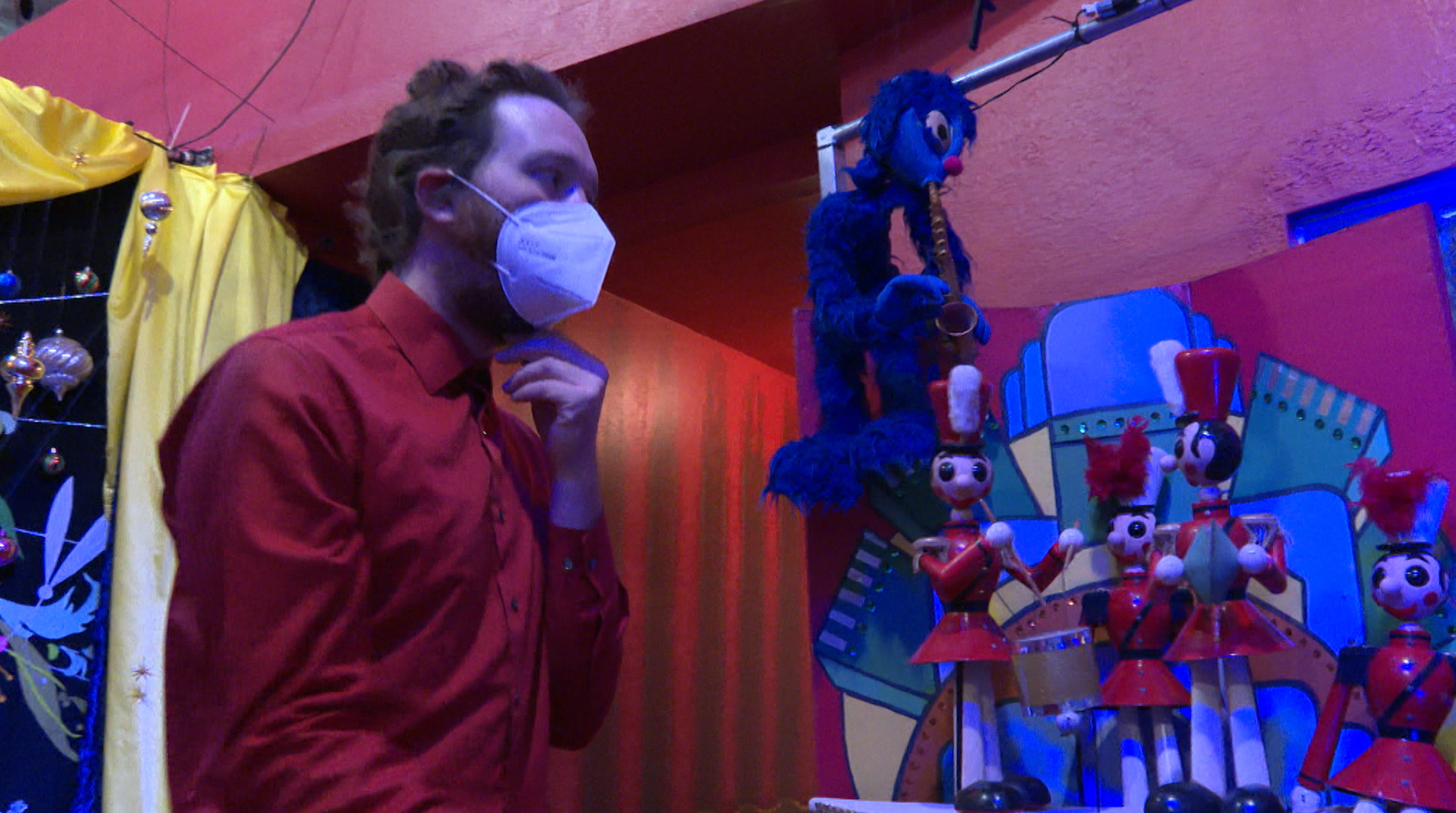 “I Googled ‘Los Angeles puppets’ and Bob Baker Marionette theater came up,” recalled Evans. “I went down to see a show and it blew me away. Like nothing I'd ever seen before. And then 13 years later, I'm still here.”

The company pivoted quickly in March when the pandemic hit, creating online content and even starting a mobile puppet theater bus, and now, they company has switched into holiday mode.

“In October, we turned the whole theater into this dark ride, the ‘stroll-through’,” explained Evans. “It’s really a way that's completely contact-less and then the music and sound guide you through.”

The theater, founded by Bob Baker and Alton Wood in 1963, was already coping with financially hard times when Baker died in 2014. Evans said these struggles put the theater in crisis mode, which might have prepared them somewhat for the current crisis in which all live performances venues have had to suspend their shows. 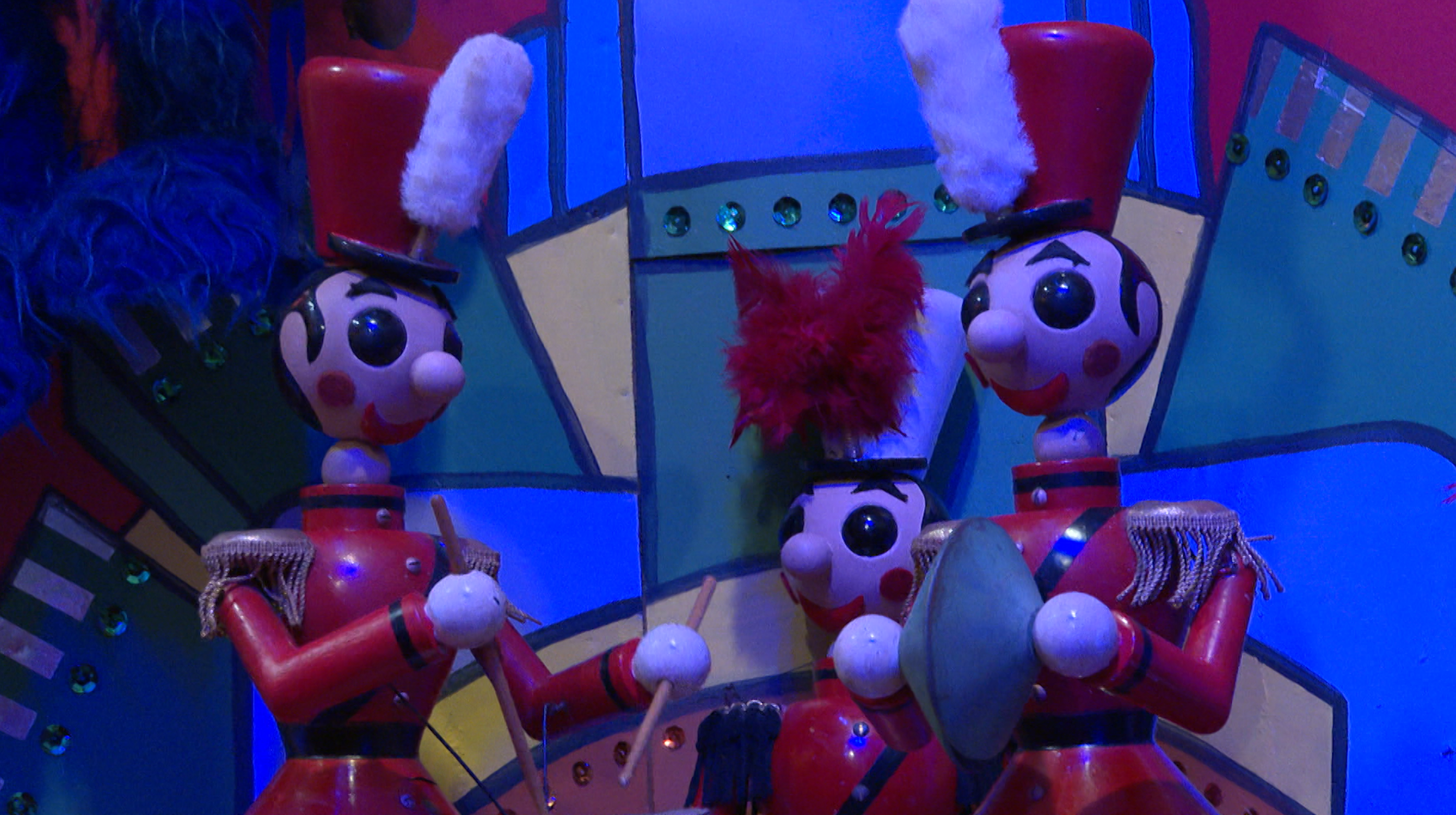 “A month ago, I was losing sleep at night,” said Evans. “How do I pay rent? How to pay staff, and how do I keep things going?”

The company launched their ‘Keep Imagination Alive’ campaign with a goal to raise $365,000 to help keep them going.

“So far it’s tremendously successful,” said Evans. “We’re about halfway there. Still more important than ever to support, but months ago, I didn't know if we would make it to the end of the year. Now? We're good to March.”

The Bob Baker Marionette Theater is said to be the longest continuously running puppet theater in the U.S. and Evans said it is their hand-made vibe that makes it unique and part of what makes Los Angeles such a unique place.

“It’s unpredictable what next year looks like even with a vaccine,” said Evans. Even so, the company is going ahead with plans for next year’s performance line up.

At the time this interview was done, the theater’s holiday display was open for reserved, single family walk-throughs, and to help increase income, staff has been busy making souvenir puppets that visitors can purchase.

Alex Evans said the theater is doing everything they can to keep the lights on and support the company.

“Now's the time for Bob Baker, and organizations like Bob Baker…it needs the support.” 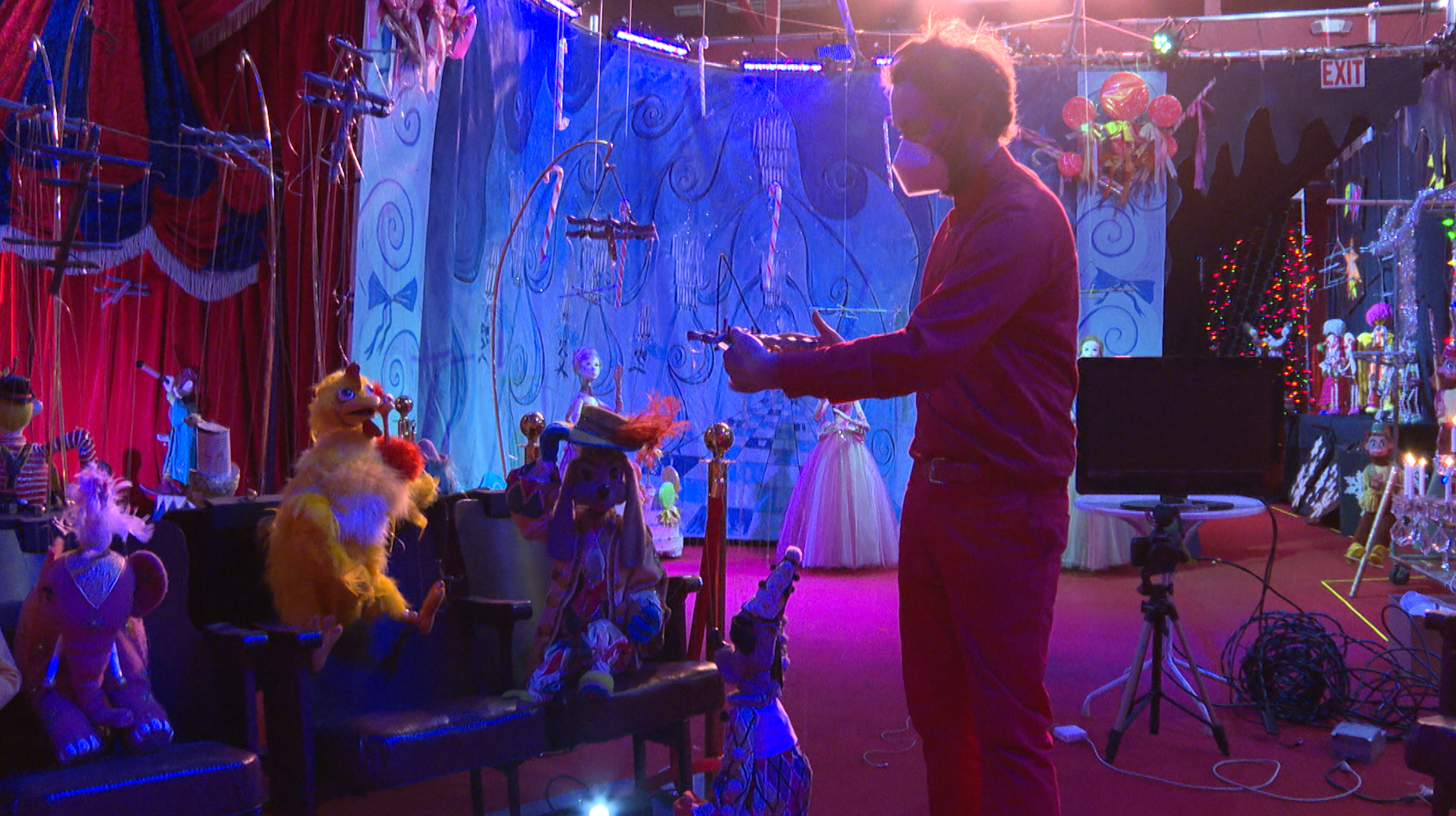