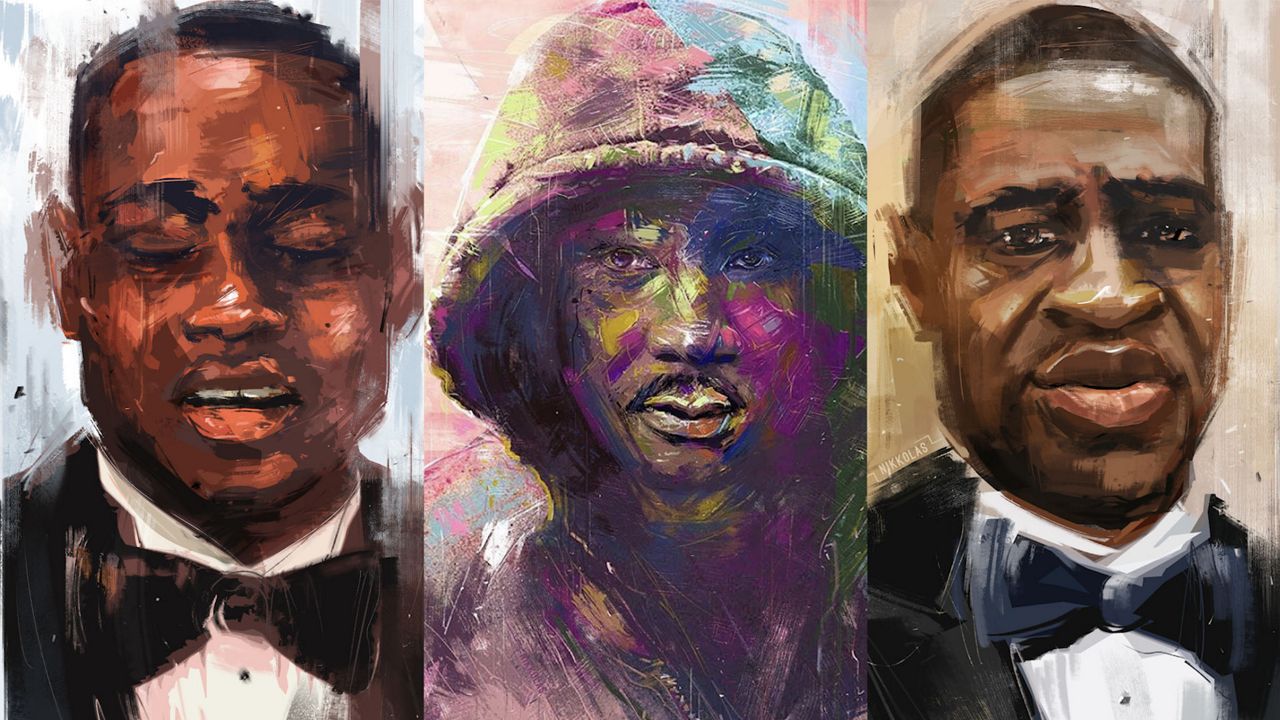 LOS ANGELES – Three years ago, Nikkolas Smith was asked to design his version of a Spiderman bust to promote Sony and Marvel’s movie. These days, he’s focused on "artivism," a form of activism that he combines with art by posting a weekly sketch on Instagram.

“It’s an artist's duty to reflect the times,” Smith said. “I’m gonna hold a mirror to the world and just create some art piece that speaks to what is happening right now and get the people to kinda take note.”

His recent piece reflecting on the death George Floyd was seen by over 58,000 on Instagram and his Ahmaud Arbery art received over 70,000 likes. Former first lady Michelle Obama has even shared his work. And on her page it received over one million likes.

“The Obamas and all these other folks who have a monumental platform, they can reach so many people," Smith said. He added it was an honor to have his worked shared by the former first lady and see that "their ideals are in line with my ideals," including the ideal of the importance of black lives.

Smith came to Southern California to be an architect for Disneyland, but now is a devoted full-time freelance artist and activist who believes his work can be a tool for reform.

“If that art can make people stop and realize – one, this thing happened – two, it was unjust – three, there’s something I can do about it,” he said.

It’s why Smith gives his followers information on where to call and petition to make their voices heard. He wants people to focus not on the reaction to George Floyd’s death but rather why they people are reacting.

“Really address the underlying cause which is really 400 years old,” Smith said.

He will continue to address it every week with his artivism for all the world to see.