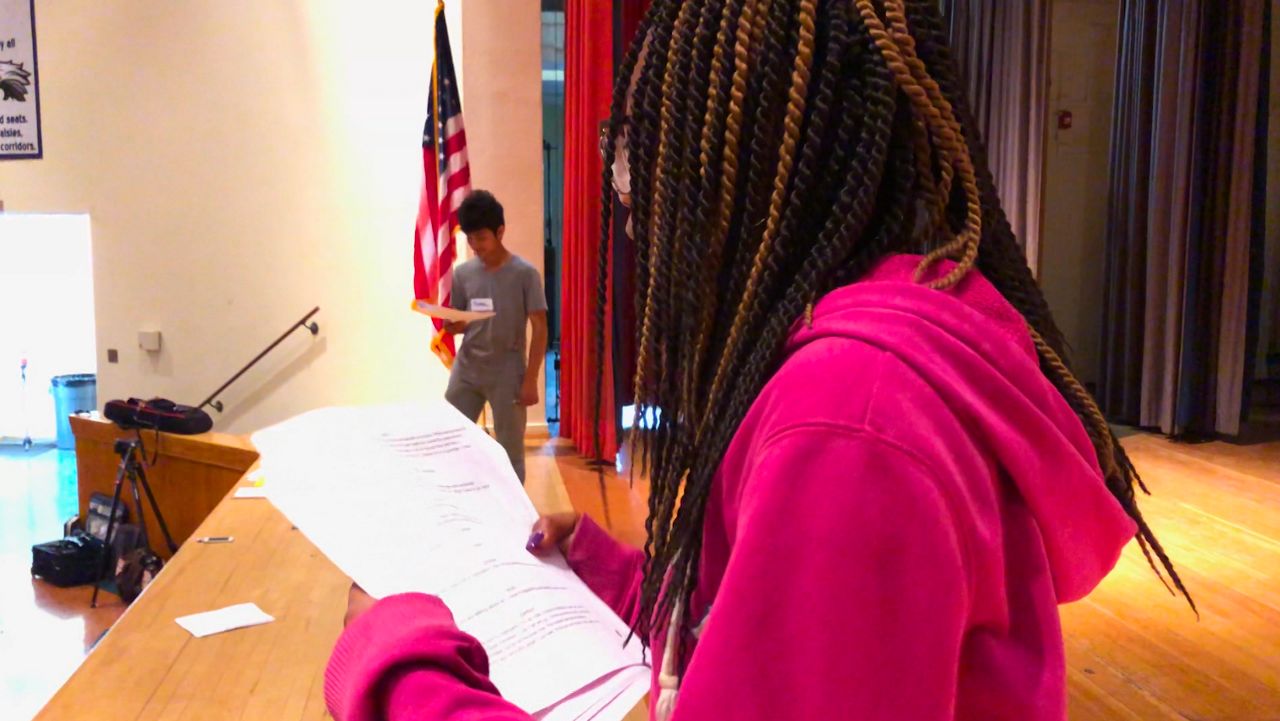 WATTS, Calif. -- To someone on the outside looking in, you might be wondering what these Markham Middle School students are doing.

But these theater exercises they’re going through are more than just a warm-up ahead of a rehearsal for their upcoming production. They're a part of being in the Unusual Suspects Theater Company, which isn't just teaching these kids about theater, it's showing them how to use the art form as an outlet to help deal with life’s issues.

Even though she's only in 7th grade, Cici Holloway is no stranger to how harsh life can be.

“Recently before I joined, my dad had passed, so I needed a coping way to like, make me feel better,” said Cici.

The Unusual Suspects have been around since 1993. The company holds productions in neighborhoods around Los Angeles with high levels of violence and crime, poverty, incarceration, and dropout rates.

Over the 20 weeks of this after school program, the participating students have written a script and built their own original production, which they’ll perform in May to their school, friends, and family.

And despite all that she's been through personally, Cici landed a lead role.

“In this space she’s full of joy and happiness and that’s all I ever see of her, so it’s really fantastic to know that she has this as a haven,” said Carissa Pinckney, a member of the theater company.

Cici dreams of being an actress, but prior to her joining the theater company her mom says she was shy. Through taking part in the program, she has blossomed.

“I’m so glad that she was able to join this program and this program actually helped bring this out of her,” said her mom, Queva Staford.

So as Cici gears up for her big performance she can lean on her craft to get her through the tough moments.

“I think about my dad sometimes, but I can always go to acting if I start feeling sad,” said Cici.

Boosted by the knowledge that her biggest fan will always be watching.