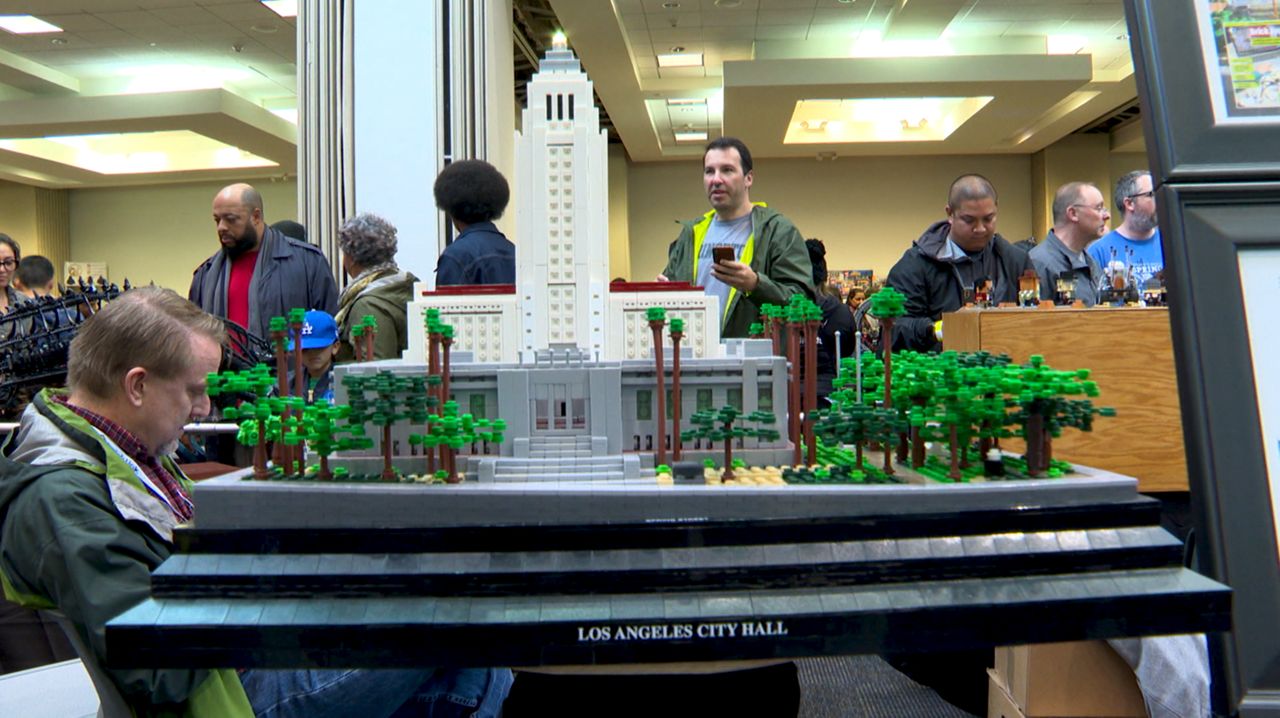 To kids, Legos are more than just plastic toys. They’re building blocks for the imagination to construct castles and spaceships.

To adults, Lego is a brand worth billions comprised of movies, video games, retail stores, amusement parks, and yes, toys.

But what started as a kid’s toy has also served as an inspiration for adults.

They call themselves AFOLs, or Adult Fans of Legos.

“Look it, papa!” says one child to his father as he admires a custom Lego build of a spaceship.

And AFOL’s have fans themselves.

“I’ve seen you on the Lego documentary,” says a young fan to Stephen Pakbaz as he exhibits his work at Bricks L.A.

“Yeah, that was a while ago,” replies Pakbaz.

“Yeah, it was a few years ago,” agrees the fan.

“I’ve always been a fan of space since high school and ever since then, I’ve been designing my own spacecraft and stuff like that,” says Pakbaz. “And whenever I wanted to make models, I used Lego as a medium to make physical models of my own designs.”

Now a mechanical engineer at JPL, Pakbaz is designing real spaceships, specifically the chassis for the next Mars Rover.

“This is my steampunk airship. I call it the Double Eagle, mostly because of the double pair of wings which I thought was just really cool, but also on the mechanical sense, it makes it run a lot smoother,” says Pakbaz.

He makes it sound so easy.

“As it lifts one set of wings,” explains Pakbaz. “The other ones fall so the whole cycle is a lot more smoother and less stressful on the motor.”

Pakbaz isn’t just any AFOL walking down the street. While working on the Mars Rover Curiosity, he designed a Lego version and submitted it to the Legos Idea program, where it eventually became an official Lego set.

“I like making models that have moving parts, gears, levers, motors, and just sort of animating them and sort of displaying them at conventions like this,” says Pakbaz.

This one took him over 4,000 Lego bricks and a little over a year to make the double wings flap. Perhaps his creation will inspire one of the kids in attendance to create their own Lego craft.