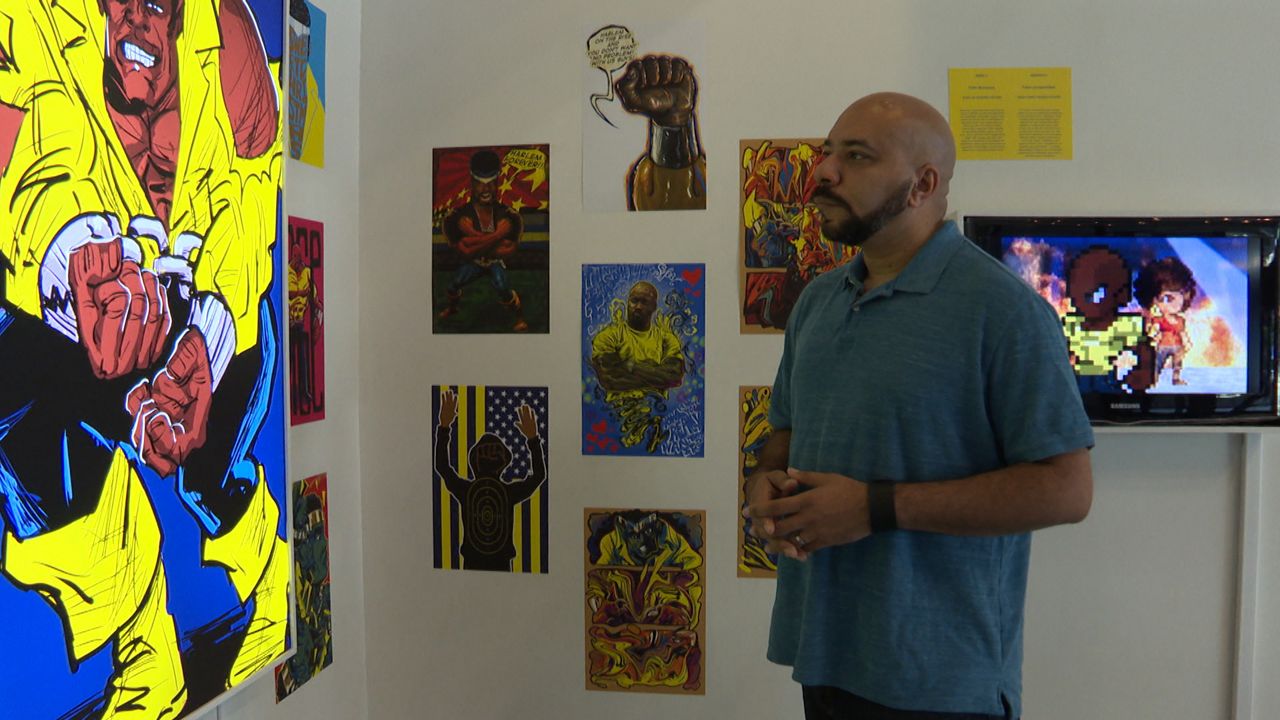 Cambria Kelley knows what art can do to someone.

“Their eyes light up and that spark is ignited within them,” Kelley said.

And as she studies art history and creative writing at the University of California, Riverside, she knows what it can do for a message, and how far art can send it soaring into the universe.

“Art has always been a platform,” she said.

Particularly one piece of work over at the Barbara and Art Culver Center of the Arts in Riverside. 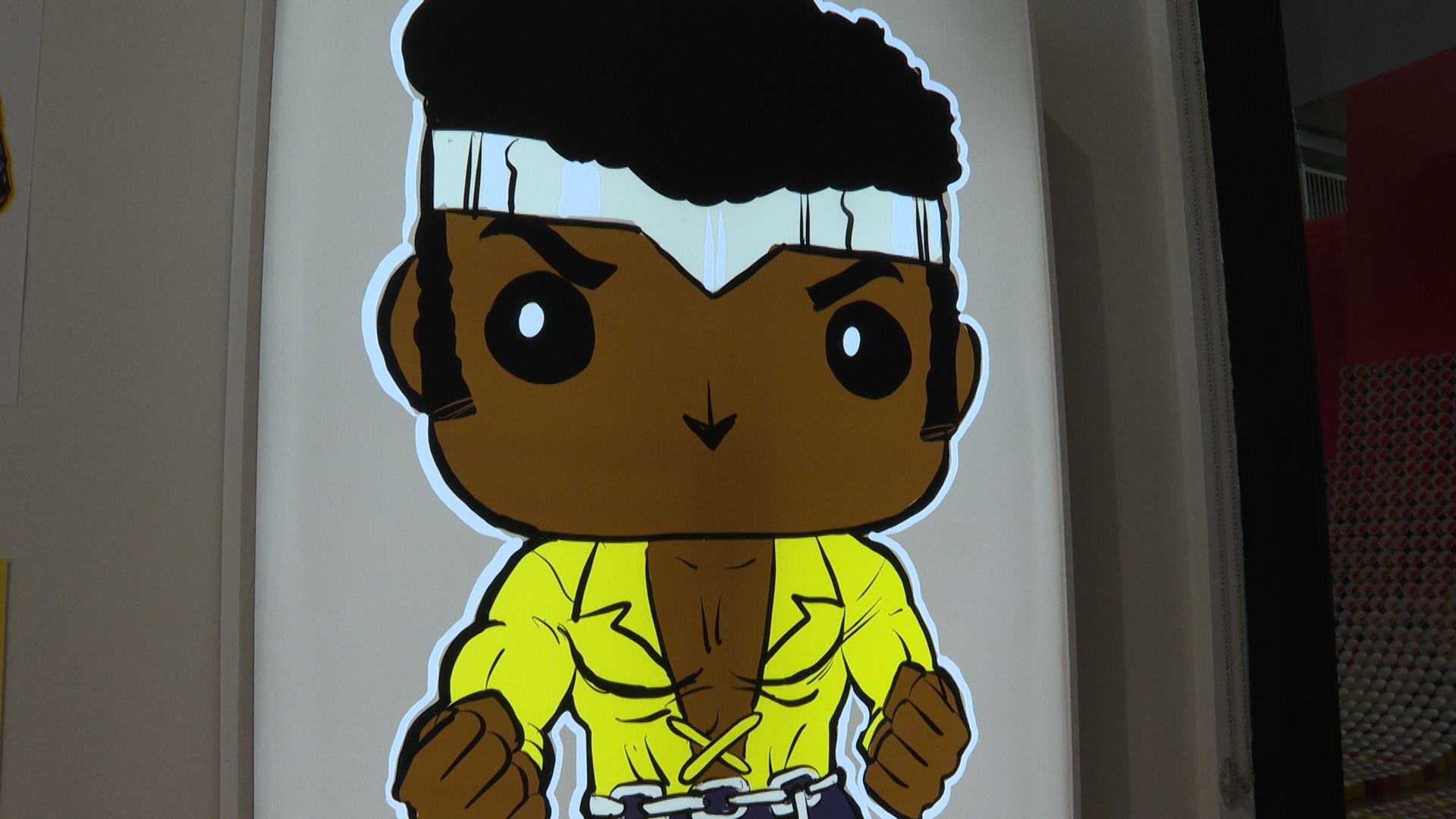 It is called "Uncaged: Hero for Higher," an exhibit breaking down Marvel's Luke Cage character and its implications about African American masculinity.

“I think Luke Cage is a great example about race without being super blatant about it,” she said.

That’s what one of the artists, John Jennings, thinks too. It's also why he wanted to show the tough superhero in various forms - Whether that’s as savior of the Harlem neighborhood, or with his hands up getting shot, or as a Funko figurine.

“It not only humanizes Luke Cage, but humanizes black people too," Jennings said. "That sounds weird, but I think the stereotype of the angry black man is still prevalent and it’s still to this day getting a lot of black men shot and killed in the streets."

Cage’s character raises questions about race, stereotypes and other social issues. Particularly, Jennings says, his unbreakable skin, because you have to shoot him to know he’s bulletproof.

“I find it a little offensive because there’s a lot of history with black bodies subjugated to violent acts, like lynching and slavery,” Kelley said.

Even so, she says Cage breaks down stereotypes and represents the intersectionality of race, class, and gender - Boldly paving the way like only a superhero can.