Train Connecting SoCal to Las Vegas Could Be Ready in 2024

SAN BERNARDINO, Calif. — What happens in Vegas stays in Vegas – if only you could get to Sin City more easily.

Driving 270 miles from Los Angeles to Las Vegas can take up to five hours. A flight is just over an hour long but can take just as long as driving when you factor in getting to and from the airport. Not to mention the possibility of a flight delay.

In just a few years, however, there could be another option: a train that will whisk visitors across the state and into Nevada in 85 minutes.

“Our mission is to reinvent train travel by connecting city pairs that are too short to fly and too far to drive,” said Ben Porritt, spokesperson for Brightline, the Florida-based company behind the project.

The only privately owned and operated intercity passenger railroad in the United States, Brightline, currently operates along a 70-mile stretch of South Florida, connecting Miami with West Palm Beach.

It will soon extend its services another 170 miles to Orlando. 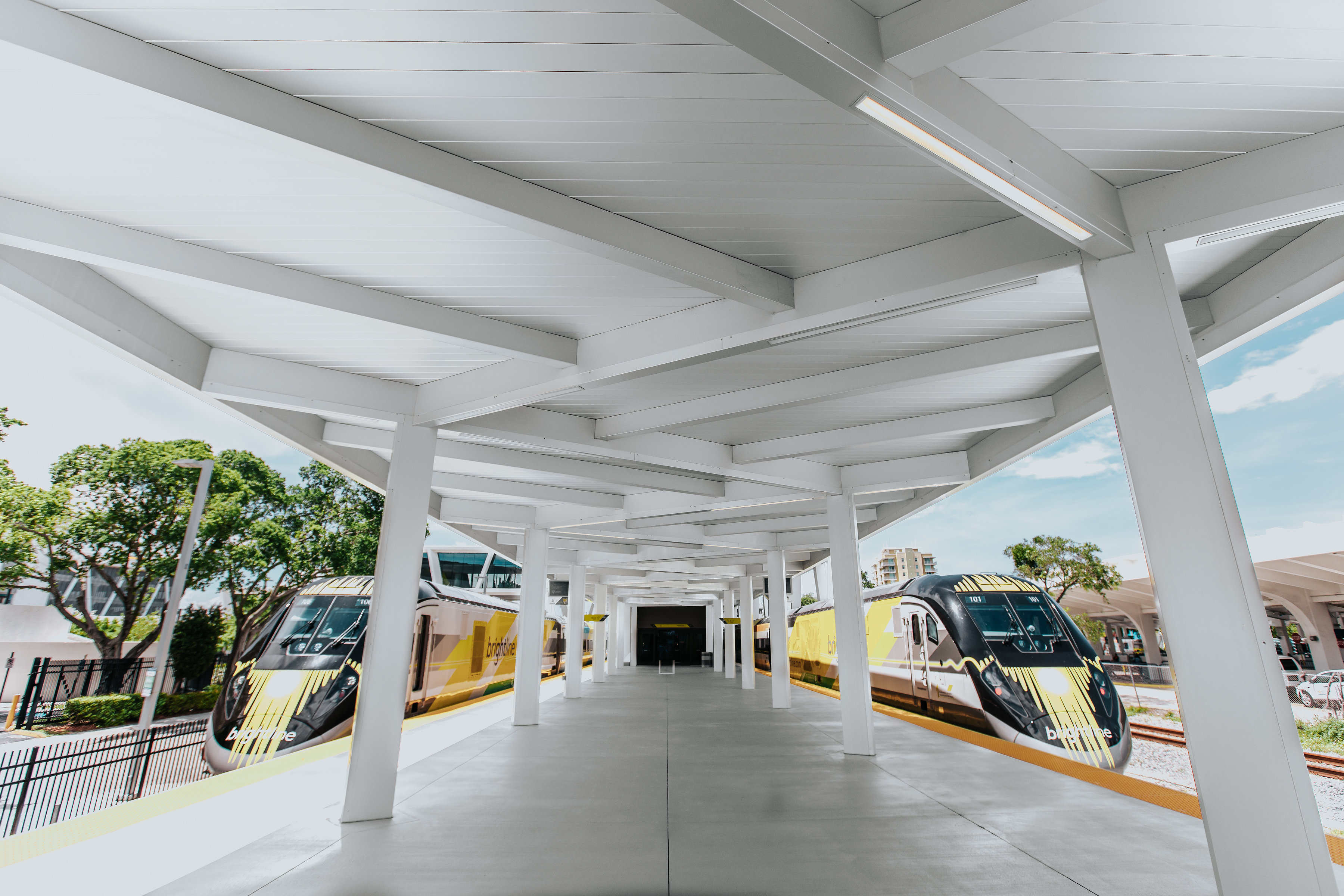 It plans to break ground on XPressWest later this year, and to complete construction in 36 months.

In July, Brightline signed a right-of-way agreement that allows it to build the 135-mile California portion of the corridor in the middle of Interstate-15.

“This is really the first of its kind with such a large partnership. It is a very unique scenario,” said David Matza, external affairs manager for the California Department of Transportation district that approved the right of way usage.

The agreement allows CalTrans to oversee construction and maintenance of the rail line that will begin in Apple Valley at a train station to be constructed off Interstate-15’s Dale Evans Parkway exit. 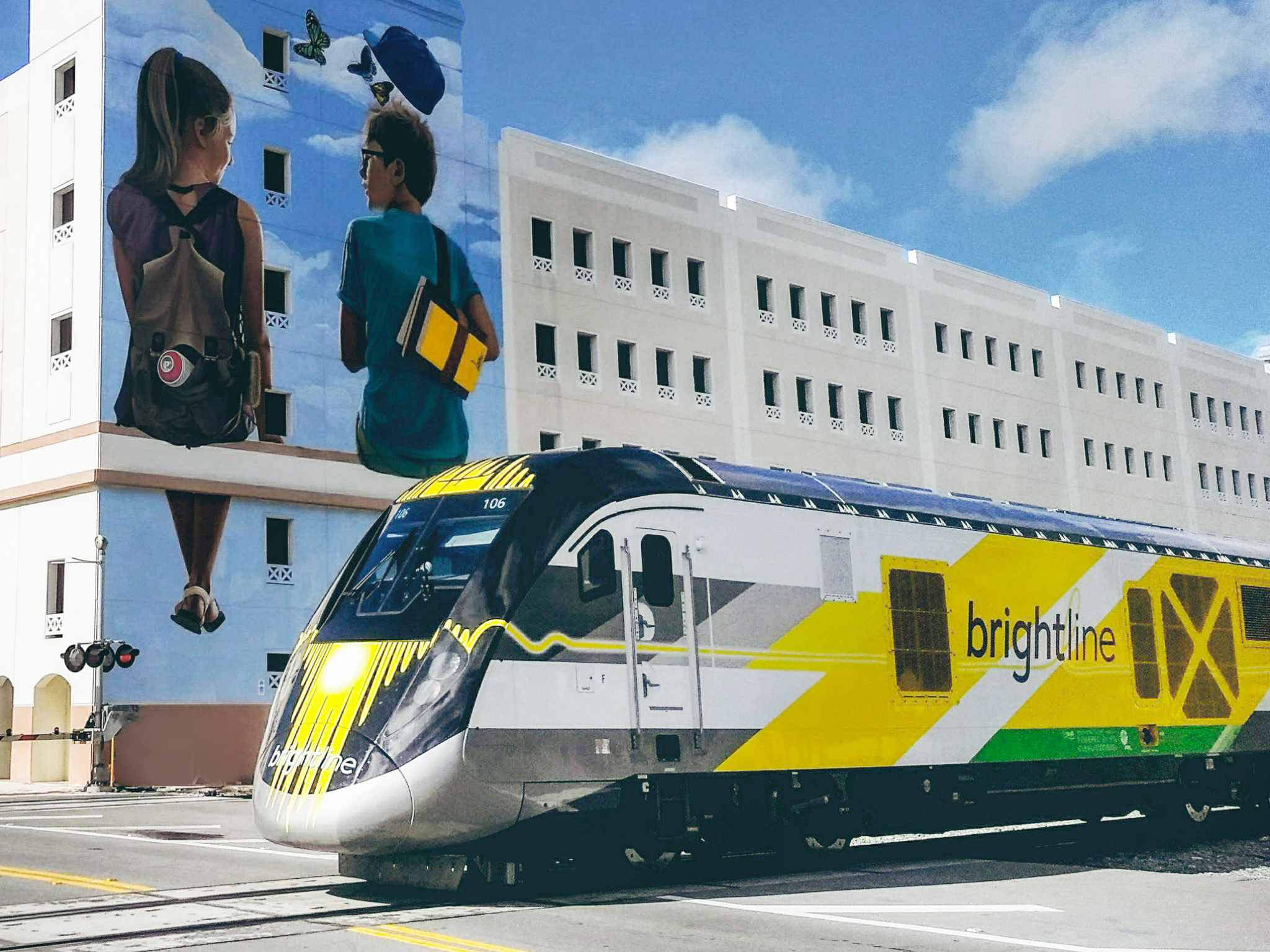 In July, the San Bernardino County Transportation Authority board of directors approved an item for a Memorandum of Understanding with XPressWest to “look outside the box in considering the possibility of a privately built and managed rail system through the Cajon Pass between Apple Valley and Rancho Cucamonga,” said Tim Watkins, legislative and public affairs chief for the SBCTA. “We’re grateful that companies such as XPressWest see our county as a promising and nurturing environment for emerging technologies and new solutions to our transportation challenges.”

Next month, Brightline plans to begin selling the bonds that will fund the project. In March, it received $1 billion in private activity bonds from the U.S. Department of Transportation. In April, it secured another $600 million in bonds from the state of California. And in July, it received a $200 million allocation from Nevada.

“This will transform transportation in Southern California and Las Vegas for generations by providing a fast and efficient connection that gets people out of their cars, reduces traffic congestion, and decreases air pollution. But it will do far more,” California State Treasurer Fiona Ma said in a statement announcing the bond allocation last September. “It’s a regional kickstarter that will usher in a new era of economic development in San Bernardino County,” she said, adding that the project would create 10,000 construction jobs and over 1,200 housing units.

Together, the bonds will allow Brightline to raise $4.2 billion for the project; its total estimated cost is $5 billion, Porritt said.

“It’s a real thing,” said Joseph Schwieterman, director of the Chaddick Institute for Metropolitan Development at DePaul University in Chicago. “It’s really remarkable that in the last six months, despite coronavirus, it’s moved ahead.”

Brightline has not yet announced what company will provide the trains for XPressWest. It has, however, said the trains will be fully electric and travel at a top speed of 200 mph.

Siemens makes the trains for Brightline’s Florida rail operation. They are fueled with biodiesel.

The sweet spot for so-called “higher-speed rail” systems like Brightline is “city pairs that are 200 to 250 miles, extremely congested and bring both leisure and business travelers,” Porritt said.

When the world isn’t reeling from a pandemic, Los Angeles is the top market of origin for Las Vegas visitors.

In 2019, 1.6 million Angelenos visited the city, according to the Las Vegas Convention and Visitors Authority.