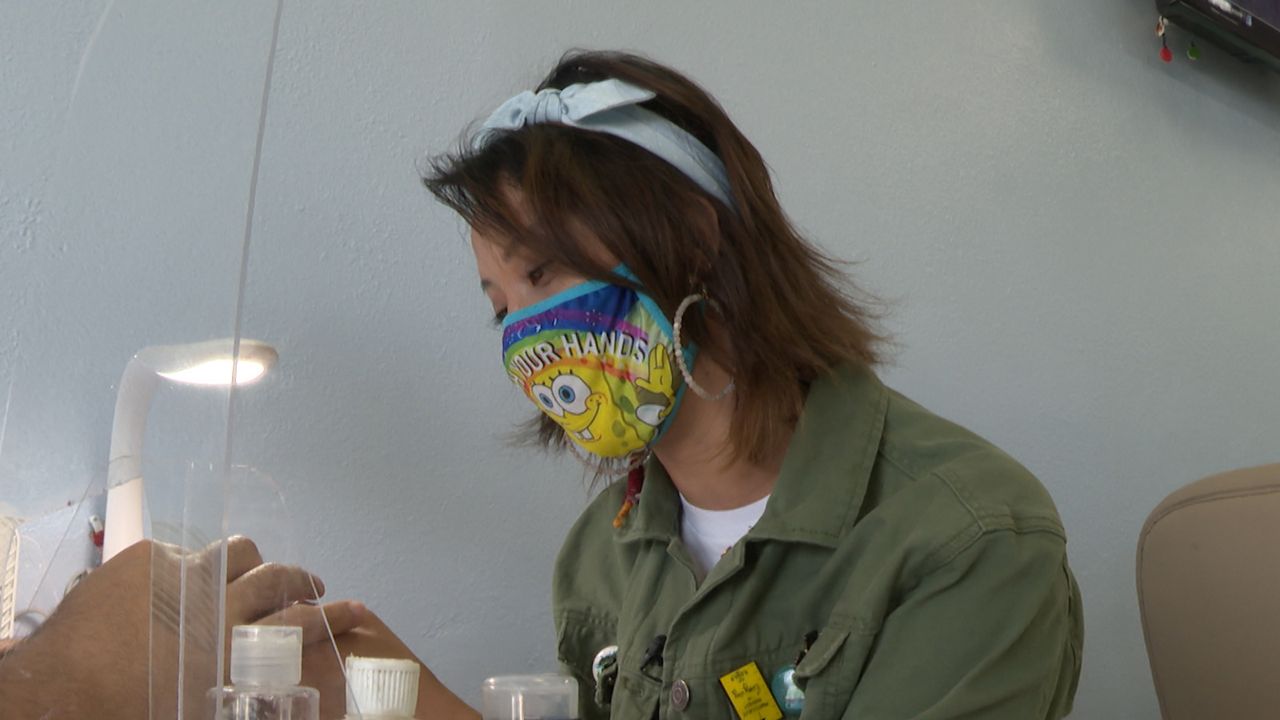 Jackie Vu, a Vietnamese-American and U.S. Navy veteran, shared that she’s experienced hate-filled comments in the past.

RIVERSIDE, Calif. — A family-owned nail salon has been in the Riverside community for over four years. Jackie Vu, a Vietnamese-American and U.S. Navy veteran, shared that she's experienced hate-filled comments in the past. But receiving a letter to her family's business targeting her heritage crossed a line.

"It's hurtful because honestly, I'm willing to put my life on the line for our country. I was, and I did, and it's hurtful to think I'm not welcome here because of that," Vu said.

In hopes of seeing change, Vu reported and turned over the letter to the Riverside Police Department. RPD told Spectrum News 1 that the letter was not being viewed as a credible threat. However, they are encouraging others in the community to report related crimes as they continue to monitor this case.

"Why does it have to be for someone to get physically hurt like a shooting for it to be as serious? A letter is serious. Like you can't be spewing hate like that," Vu said.

But the recent hate-filled attacks against Asian Americans have been a focal point in Asian American studies. Judy Tzu-Chun Wu, a professor at UC Irvine, said she believes anti-Asian rhetoric reflects America's history that stems back to early anti-Asian legislation.

"The presumption of Asians being perpetually foreign is something that was legalized because, in the United States, you could not become a U.S. citizen unless you were a free white male that was part of the 1790 naturalization act and so that legal exclusion again leads the basis for these cultural assumptions about Asian people in the United States," Wu said.

Then there's WWII, where individuals of Japanese-decent were viewed as the enemy, the Vietnam War, the war on terror, followed by the presumption of white Americans having the first right to jobs, Wu said. More recently, former President Donald Trump referred to the coronavirus as the "China virus." If Americans want to see a more inclusive country, Wu shared that leaders have to lead by example.

According to Stop AAPI Hate's National Report, nearly 4,000 incidents of hate against Asian Americans were reported in the last year. The number is estimated to be only a fraction of actual incidents due to underreporting. Vu said it had been a common stance for previous generations of Asian Americans. That's why she chose to speak up.

"It makes me feel like it could be anybody. But, at the same time, I don't plan on living in fear. I'm going to be a little more vigilant and mindful of my surroundings. But, it's just a coward's way out to try and intimidate me with a letter," Vu said.

By choosing to share her experience, Vu said she hopes her voice will help others stand up against hate.