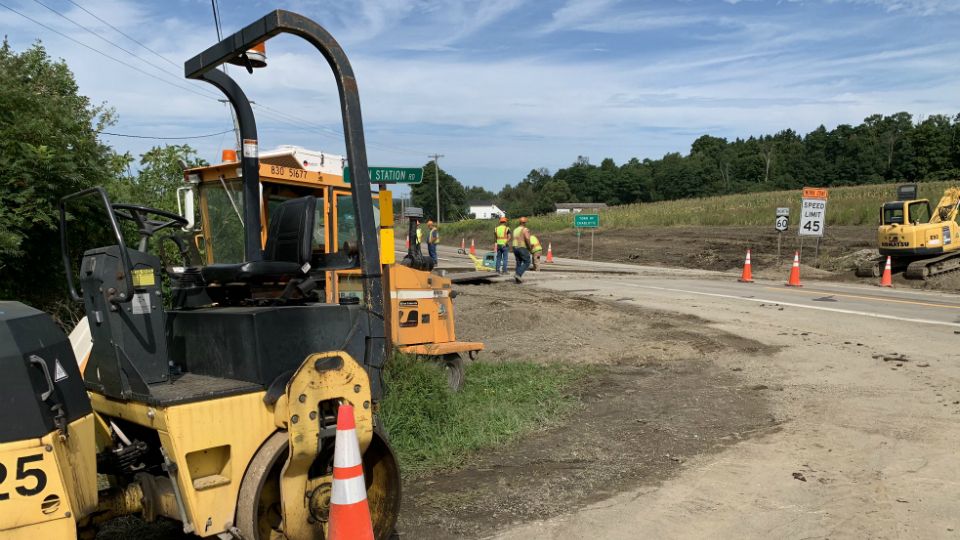 The long-awaited effort to improve Route 60 in Chautauqua County is now underway.

After years of planning and preparation, construction to enhance one of the most heavily traveled roads in Chautauqua County is now underway.

Crews have begun improving sections of Route 60, from the town of Gerry to the Village of Sinclairville.

"Very exciting. Great step in the right direction here. It's not everything we need it to be, but we know that these projects take time and if you take the first initial step, the next one down the road will be that much more impactful," said Brad Bentley, Chautauqua County Public Facilities Department director.

Plans for the two-year, multimillion-dollar project on the county's only direct route between Jamestown and Dunkirk, include resurfacing the road, as well as adding half-mile passing lanes in both directions.

It also includes replacing a nearly 70-year-old bridge next year over a branch of Cassadaga Creek.

"For those motorists that might be impatient, and do things that they wouldn't normally do, take risks, now they don't have to. They know those passing lanes exist. They can take their time," said Bentley.

Former state and county leaders announced plans and funding for the project back in 2017.

The roadway has seen a number crashes over the years, some fatal.

"Short-term pain, long-term gain. Be patient with the road crews. The benefits of this, these projects will be seen," said Bentley.

The project is expected to be completed in fall 2021.