Weather Forecast Accuracy May Drop Due To Coronavirus

You've probably heard meteorologists mention "the models" on television before. Weather forecast models are what we look at solve complex equations that predict how the atmosphere changes over a period of time. Analyzing these models is how we come up with our short- and long-range forecasts. 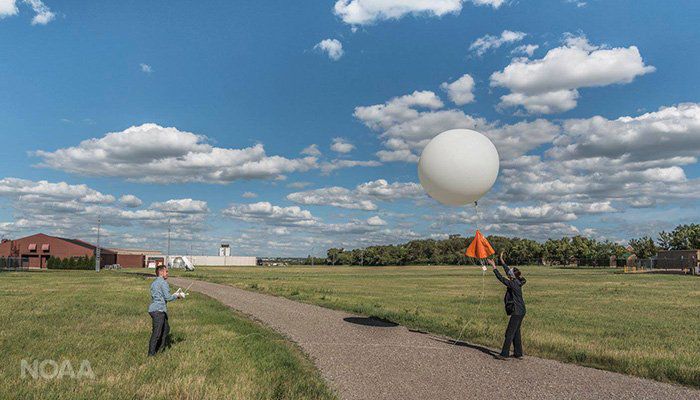 What many people don't know is where the data that is plugged into the weather forecast models comes from. Along with radiosondes attached to weather balloons, data is collected from buoys, satellites, and aircraft. This includes commercial aircraft.

Temperature and wind data are regularly collected by commercial aircraft, then sent to government weather agencies around the world such as the National Oceanic and Atmospheric Administration (NOAA) via the Aircraft Meteorological Data Relay (AMDR) program. This program is operated by the World Meteorological Organization (WMO). Outside of satellite data, aircraft data is the most important source of data in terms of increasing forecast accuracy. 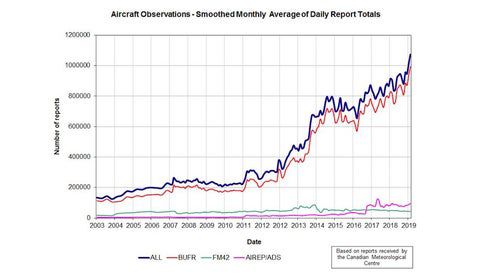 Before the coronavirus began affecting worldwide air traffic, more than 1 million AMDR reports were being sent on a daily basis. According to Stanley Benjamin of NOAA's Earth System Research Laboratory, the number of AMDR reports has decreased by more than 50 percent since the early days of the various quarantines were put in place.

Another thing you may hear us talk about is "the EURO" or "the European model". The EURO is widely recognized as the premier weather model in weather forecasting. It is run out of the European Centre For Medium Range Weather Forecasts (ECMWF).

The ECMWF conducted a study last year that determined omitting all aircraft reports degraded short-range wind and temperature forecasts at those levels by 15 percent, with significant degradations at all forecast ranges up to seven days.

We're not trying to make an excuse for any future forecast busts, but less air traffic equals less data to incorporate into weather models meteorologists depend upon. This could, in turn, make for a decline in forecast accuracy in the coming weeks and/or months.