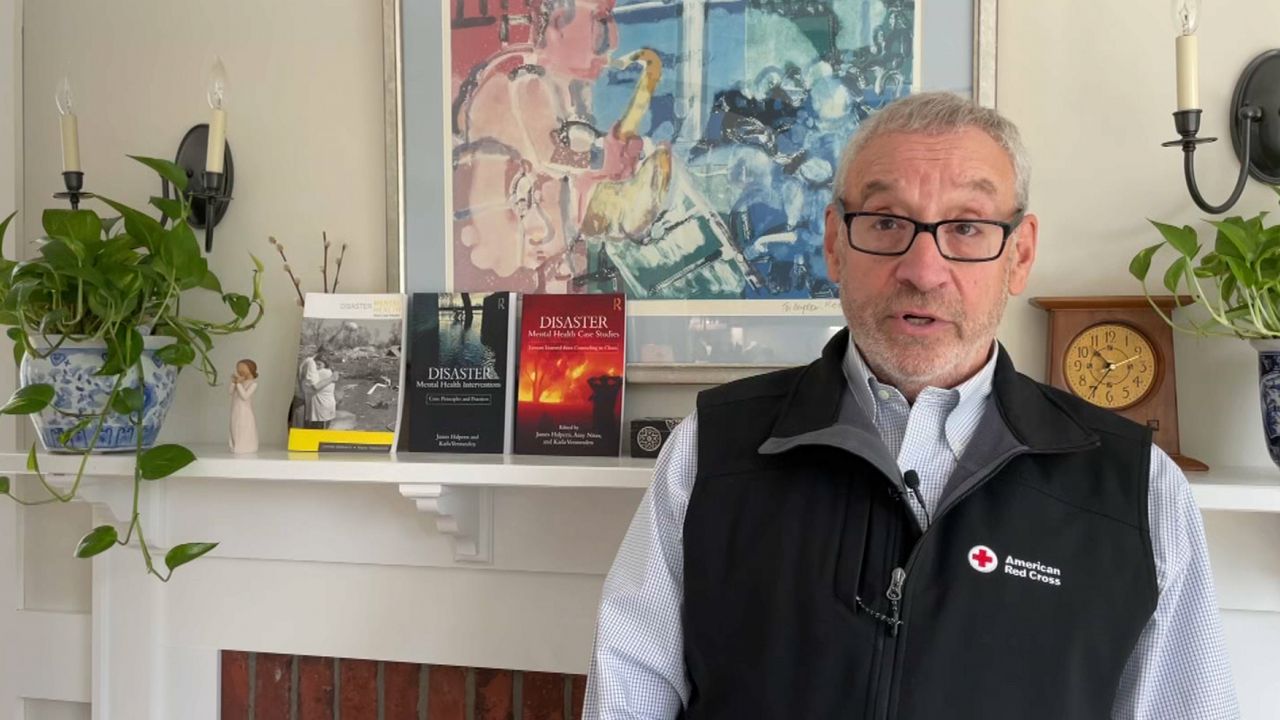 If you ask just about anyone where they were on Sept. 11, 2001, they remember. That’s especially true for those who responded to the sites of the attacks.

On that fateful day 21 years ago, Dr. James Halpern traveled to the Red Cross office in New York City. After assisting with countless people wanting to donate blood, Halpern led the Red Cross’ first team of mental health providers to the site of the World Trade Center that afternoon.

“We went down there to look for walking wounded. We got very close to Ground Zero. It was apocalyptic. There was still papers and debris everywhere. We didn’t really realize how toxic the air was at the time,” Halpern said.


Although he said nothing could have prepared anyone for the catastrophe, Halpern said Red Cross volunteers had trained using a now-chilling hypothetical.

“It’s May 2001, and we had a tabletop exercise where we gathered together and planned for the possibility of two planes hitting New York. As a result of an air traffic control incident, two planes caused hundreds of casualties. Where would we go? What would we do? How would we fit into the response?” Halpern said.

Halpern’s team assisted survivors, helped evacuate a nursing home, and was there as 7 World Trade collapsed.

“We were stunned. We were in shock. There was a way that we managed to function in spite of all that,” Halpern said.

Of all the tasks etched into his mind, Halpern said managing the Missing Persons Hotline was the most crucial.

“People are saying, ‘is my loved one in a hospital?’ We matched, we had consolidated hospital lists, so we could give information to folks about if we knew where their loved one was or if we didn’t, how they might be able to take care of themselves,” Halpern said.

He said this contact between mental health providers and survivors went on for weeks following 9/11.

What Halpern experienced on 9/11 led him to want to ensure those who support disaster survivors are properly trained. He wrote three textbooks and founded the Disaster Mental Health Institute at SUNY New Paltz, where he is a professor emeritus of psychology and counseling.

“We mental health folks can provide some calm, some safety, some hope, some connectedness that’s going to enable people to cope and recover from these events a little better,” Halpern said.