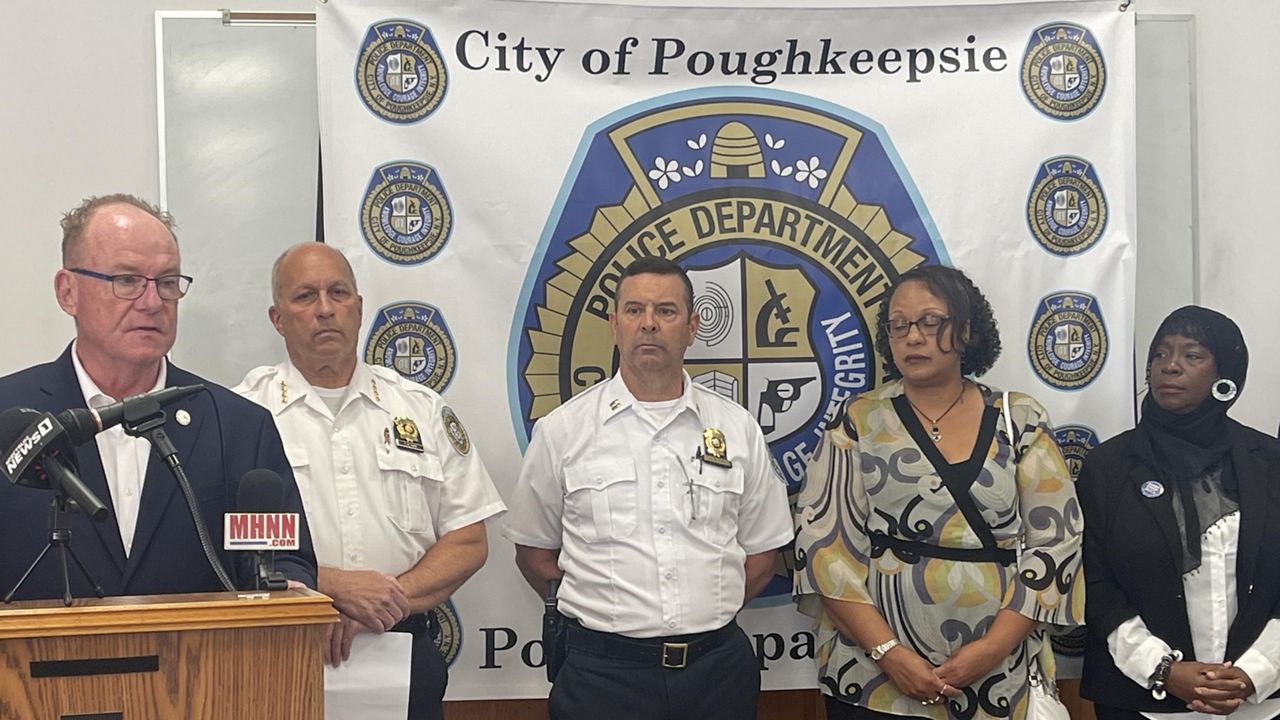 City of Poughkeepsie leaders are condemning an outbreak of gun violence that's occurred over recent weeks.

"Our babies are about to go to school in three weeks. We need to have safe streets," said Poughkeepsie Common Council member Yvonne Flowers.

"The city of Poughkeepsie has been experiencing a level of gun violence that we have not seen in decades," said Police Chief Thomas Pape. This came after a 28-year-old man was shot and killed in the city on Aug. 9. Later that day, another man was shot. He is expected to recover.

"I can tell you this, we live this every single day. This is a priority," said Poughkeepsie Mayor Rob Rolison.

The city announced a partnership with the Dutchess County Sheriff's Office and New York State Police to increase patrols and enforcement. The city also installed license plate readers and street cameras. Footage from the cameras is being used to solve the Aug. 9 homicide, according to authorities.

"People know who the shooters are. They actually have come forward, but the problem is that they’re scared. They don’t want to be the next victim of this gun violence. So the cameras will actually help the police have the eyes and ears on the street," said Flowers.

Flowers represents the 5th Ward, where much of the violence has been occurring. She said her community is frustrated.

"They’re feeling frightened because they know that when they’re outside, at any time, that this gun violence can just explode at any moment. So, of course, they’re afraid of their children playing in the neighborhoods," she said.

Poughkeepsie’s SNUG program is a street violence outreach group. In recent weeks, members have stepped up their community-based mediation efforts.

"We have mediated over 40 conflicts, which is imperative because that means we have interrupted the transmission of 40 shootings from occurring," said Debra Long, the program coordinator for SNUG Poughkeepsie.

In July, Gov. Kathy Hochul announced nearly $14 million would be put toward reducing gun violence, including $9 million secured in the state budget to support gun violence prevention programs and staff.

City of #Poughkeepsie leaders announced today that they are taking steps to curb a spike in gun violence in the city. Chief Pape says the city is “experiencing a level of gun violence that we have not seen in decades.” @SPECNews1HV pic.twitter.com/tin97lGSch