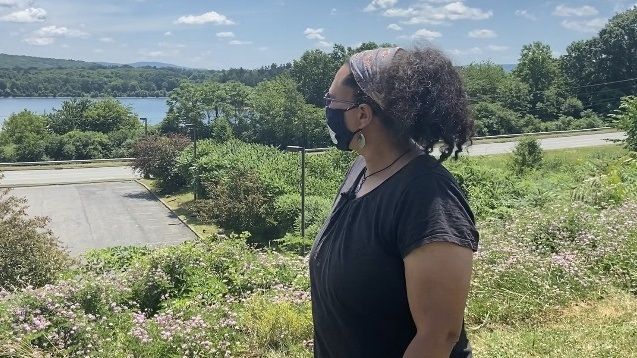 It’s been a years’ long battle for city of Newburgh residents affected by the contamination of the city’s water supply with harmful PFAS chemicals. Now, a new study released by the Centers for Disease Control and Prevention takes a deeper look at exposure for city residents.

Jennifer Rawlison was born and raised in Newburgh. Like many residents, she’s lived with the knowledge that she was exposed to contaminated drinking water.

“I drank that water. I swam, I was on the swim team since I was 6,” said Rawlison.

She’s now a member of the Newburgh Clean Water Project Steering Committee, an organization that has fought for clean drinking water for city residents for years.

It was discovered that Washington Lake, the city’s water source, was contaminated with harmful PFAS chemicals due to runoff from the Stewart Air National Guard base.

​To reduce PFAS in drinking water, the city switched to the Catskill Aqueduct as its water source.

On Wednesday, the CDC’s Agency for Toxic Substances and Disease Registry released a report on PFAS exposure for Orange County residents living near the base.

“Our study looked at solely exposure only for people who lived in the community one year prior to 2016,” said Peter Kowalski, the lead for ATSDR’s Exposure Investigations Team.

Fifty-nine city residents had their blood and urine tested, and were given a questionnaire. The study found the average blood levels of the PFHxS chemical in Orange County participants was three times the national average.

“That was probably the most striking finding, and 70 percent of residents actually had levels that were higher than the 95th percentile for that national average as well,” said Kowalski.

“Our community had been drinking contaminated water for decades so it’s not that much of a shock,” said Rawlison.

The study found that elevated blood levels of PFHxS may be associated with drinking contaminated water in the past.

“For those people who lived in Newburgh the longest in total they drank a larger volume of contaminated water so for each year of residence in Newburgh over the past 20 years was associated with about a 19 percent increase in PFAS levels per each year,” said Kowalski.

“We were fortunate enough to be switched to an alternative water supply, the Catskill Aqueduct, so if you take away the exposure, the bloodwork will go down,” said Rawlison. “That’s all the more argument that we in the city of Newburgh need to maintain access to the Catskill Aqueduct.”

She said studies like this validate their concerns about the harmful effects of PFAS chemicals.

“We know that there's a lot of different effects that come from exposures here, everything from thyroid disruption, immune disruption. There are people out here who are hurt, and I would say harmed by this,” she said.

“We tested the water in 2021 and we did not find any PFAS compounds in the public water supply,” said Kowalski.

Kowalski hopes the findings will help medical professionals in the area better understand the health effects of PFAS chemicals.

He encourages more residents to take part in a multi-site health study conducted that will continue to look at the effects of PFAS chemicals for Newburgh and other sites like Hoosick Falls. He also recommends that Newburgh officials continue to monitor PFAS levels in the water supply.

“These are big steps in acknowledging that, yes, these chemicals are harmful and we need to reduce and eliminate exposures in our communities, not just in Newburgh, but across the nation,” said Rawlison.

The CDC will hold a virtual community meeting at 6 p.m. July 12. For more information, go here.