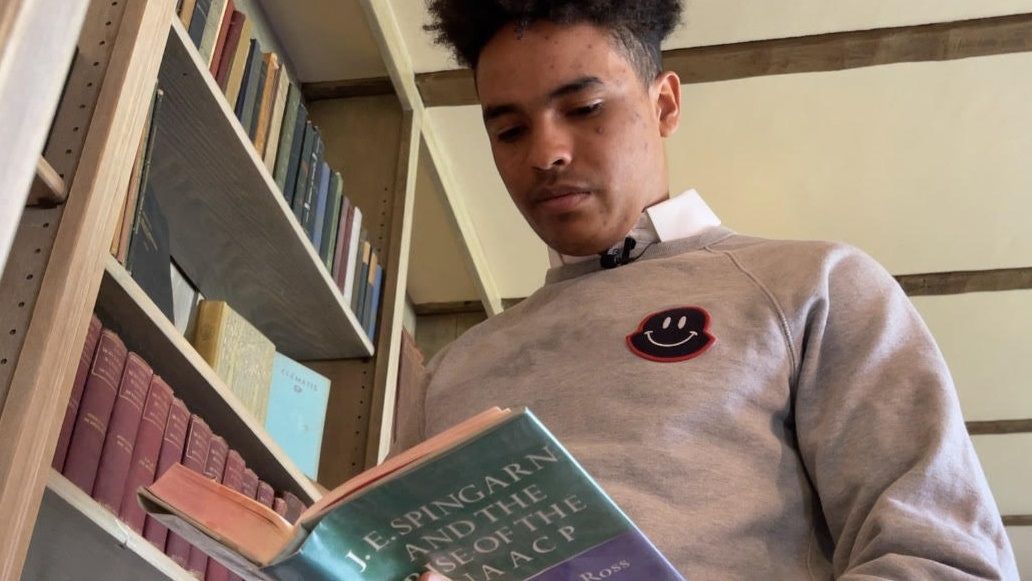 Tucked away in the quiet hills of Amenia in Dutchess County lies the Troutbeck hotel, once the private estate of Joel Spingarn.

It’s a place time forgot for decades, but today, its historic significance is finally being brought to light.

In 1916 and 1933, the Troutbeck was home to what became known as the Amenia conferences, where W.E.B. Du Bois and other civil rights leaders gathered to discuss politics, education and how to advance the rights of Black Americans.

The location was seen as safe and far enough away from New York City, where activists could plan and protest.

The Amenia conferences were incredibly influential in the solidification of the NAACP as a leading civil rights organization in America.

Now, the Troutbeck’s halls are filled again, but with students who are striving to uncover its forgotten past and the Hudson Valley’s storied Black history through the Troutbeck Symposium, a two-day conference featuring student presentations and talks with scholars.

"This is our history that no one really knows about," Salisbury school senior Robert Castro-Terrio said. "It’s lost, it’s buried. It’s somewhere that people can’t find it, and our job is to uncover that."

Castro-Terrio was one of the students who organized the two-day event.

"Never would have thought it was this big. We started off as a project-based learning class, and it’s grown into this," said Castro-Terrio.

Nine schools from Connecticut and New York are part of the event, but it’s the bridge between past and present that means the most to Castro-Terrio.

"The first two conferences that were held here by the original NAACP, I think, were two steps forward in a time when every step was taken backwards," said Castro-Terrio. "So this conference and this place is historic, but it’s also for people of color like me. It’s almost like a sacred ground."

He and his classmates are uncovering the untold stories of the civil rights movement.

"There is no single story," said Castro-Terrio. "The single story is the narrative that Black people have been under, I would say, almost 400 years. We had slavery, emancipation, Abraham Lincoln was a part of that, Reconstruction, Rosa Parks, Obama and that’s it. But now, we have multiple narratives."

The Troutbeck Symposium continues Friday. It's open to the public from 9 a.m. to 3 p.m.