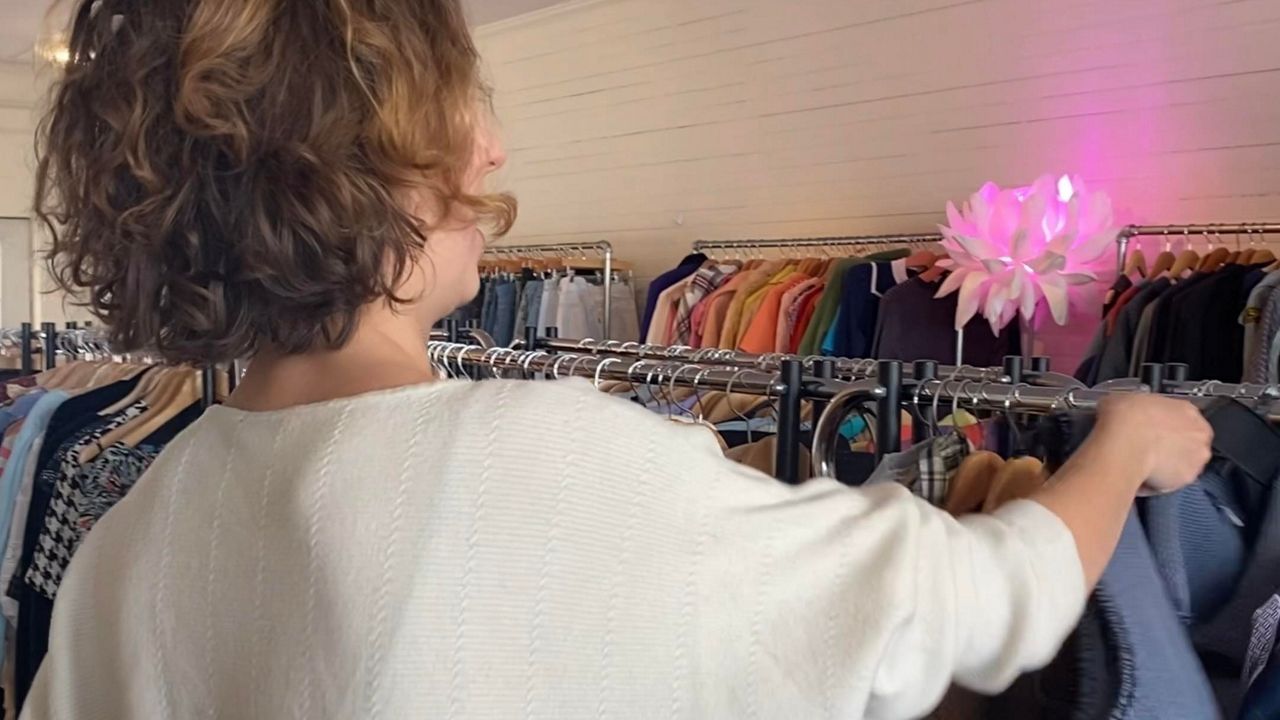 Tivoli has a new thrift shop that is unlike others.

“We worked really hard on it," said Masha Zabara, co-founder of Thrift2Fight. "Everything that you see around me right now has been built with the hands of our friends and supporters and people that have followed the Thrift2Fight movement for the past two years.”

That mission is to raise funds for organizations working toward racial justice, disability rights and queer liberation.

Zabara said it began in the summer of 2020, when he, along with friends, wanted to raise money in support of the Black Trans Protesters' Emergency Fund.

But it was the community’s response to the first pop-up thrift shop that blew them away.

Eighteen months later, Zabara and co-founder Jillian Reed opened a brick-and-mortar shop. Reed said that Thrift2Fight has hosted over 40 pop-up shops since 2020 and raised over $40,000 for local organizations.

“We started by donating to Rise Up Kingston, the Worker Justice Center of New York, which is also in Kingston, the Newburgh LGBTQ center," Reed said.

Now that they have a shop, they pick organizations to fund each month, starting with the Tivoli Fire Department, which is recovering from a 2019 fire.

And the popular pop-ups aren't going away just because Thrift2Fight has a storefront.

“Chapter sales are something that we’re planning to continue while our store is open," Reed said. "And so we have some really exciting things coming up, exciting partnerships.”

The collaborations include the fashion program at Buffalo State and Protestra social justice orchestra, among others. They hope to find new groups to work with, so they can improve the world one vintage pair of jeans at a time.

“It's a specific fund with microgrants for people who are marginalized in your community," Reed said. "You can fundraise with a clothing drive and a pop-up Thrift2Fight chapter sale.”