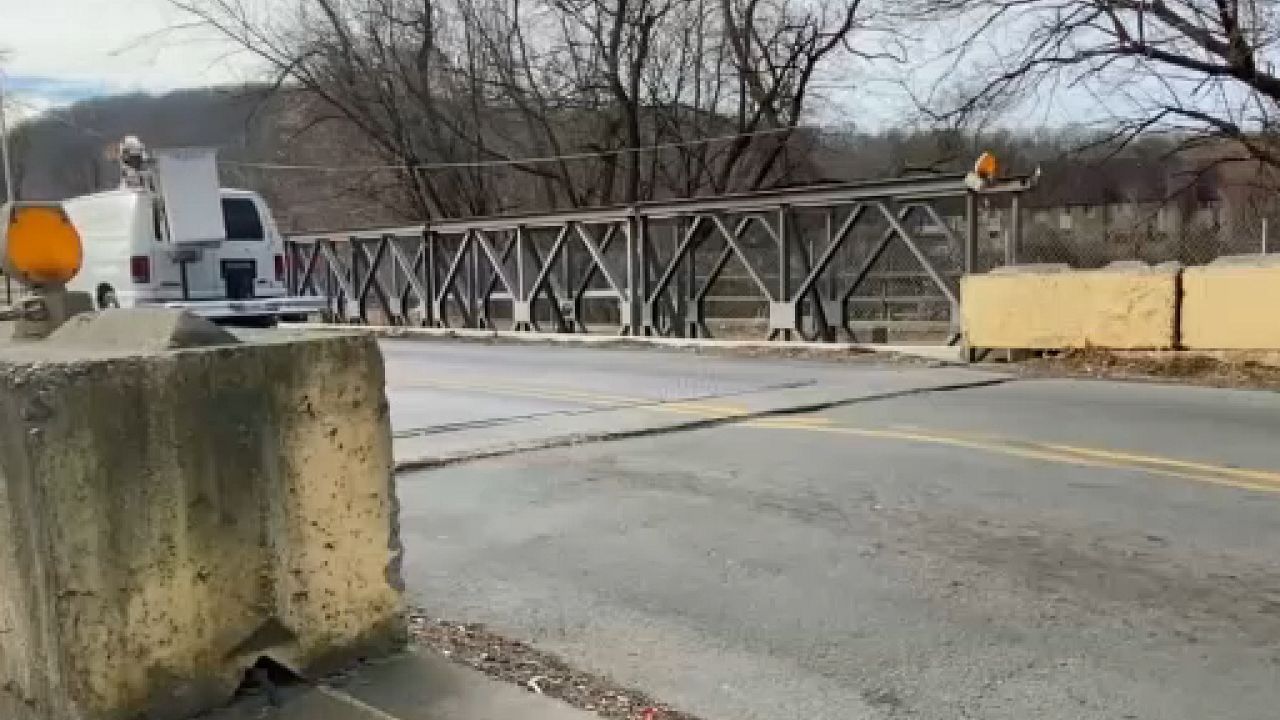 The state is starting to fund repairs to its crumbling roads and bridges that have suffered neglect.

That’s according to state lawmakers who struck a deal they believe is going to help change a long-standing policy that has been ruining some roadways in small cities.

The Lake Street span that takes travelers over the Quassaick Creek is a temporary bridge. The City of Newburgh has been renting it for the last nine years because it couldn't afford a permanent one.

But state and city officials came to the bridge on Monday to announce contractors had started working on a replacement bridge.

“Not only are we going to install a replacement bridge, but also the water and sewer utilities and things that go under the bridge to stabilize the infrastructure,” Mayor Torrance Harvey said.

The mayor said the project's $1.7 million price tag is something the city has not been able to afford.

The law states, if a part of a state road runs through a city, it's that city's responsibility to maintain the stretch.

He and Assembly member Jonathan Jacobson helped create a new program to funnel millions to small cities to pay specifically for state road projects within their borders.

The city's getting $1 million from the state to fill a funding gap for the Lake Street bridge.

Skoufis said it isn't going to be a one-time thing for cities like Newburgh.

“Certainly, we are going to prioritize it in budget negotiations again, but our expectation here is that every year the city of Newburgh will get this one million dollar appropriation,” he said.

The new Lake Street Bridge should be complete in the fall of 2022.