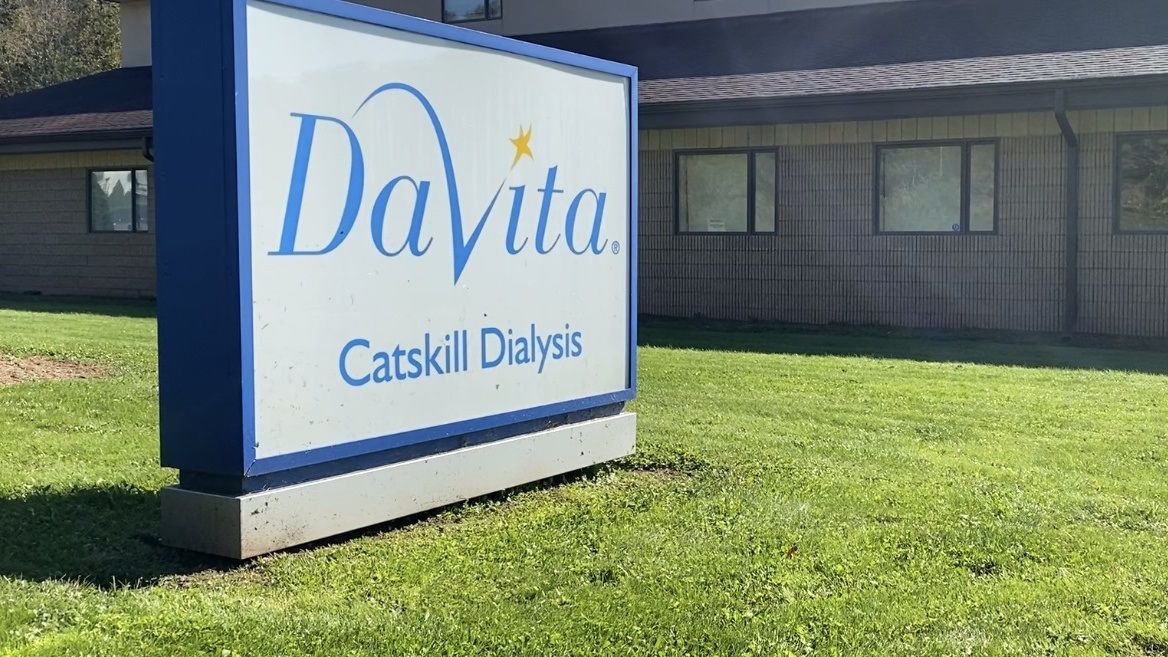 The family of dialysis patient Richard Foster, 83, said Friday that someone will die if a worker shortage at the only dialysis center in Monticello is not resolved soon.

“It’s just a really unfortunate situation,” Emilee Hosein said of her great-grandfather’s life disruption while seated in a Monticello diner.

The family was recently told by staff at DaVita Kidney Care’s Forestburgh Road location that they cannot continue treating Foster until a staff shortage is resolved.

He finished his final dialysis treatment at the center Friday morning.

“That’s all we talk about. ‘What are we going to do?’ And you keep running into brick walls,” she said.

In an emailed statement, DaVita said the company is “temporarily reducing the center’s operating hours to address staffing shortages,” and attributed the shortages to the loss of several employees who refused to comply with Gov. Kathy Hochul’s COVID-19 vaccination mandate for all health care workers in New York.

A spokesperson later added that most of the Monticello location’s 60 patients are being referred to other offices for treatment. There is no timetable yet for when DaVita might resume its usual operations in Monticello.

“We have arranged for all impacted patients to treat at nearby centers during this time, and are committed to returning to our normal schedule as quickly as possible,” the statement read.

Foster said the family is still trying to arrange her father’s three appointments a week at dialysis centers in surrounding counties and states. She shudders at the thought of putting her father through ten hours a week in a car to get back and forth.

“To get him to go to a location that’s like an hour or hour and a half away — it’s like, impossible,” Foster said.

“There’s a ton of anxiety out there,” state Assemblywoman Aileen Gunther said when reached by phone Friday.

Gunther, who is also a nurse, said the current situation requiring long, and in some cases, expensive, rides to get to treatment is unsustainable and dangerous.

“Can you imagine taking a 58-year-old patient who’s on dialysis two hours away, then have five hours of treatment, and bring that person back and have to go again during the week?” she said. “For the health of the patient, that’s not safe. That’s not safe patient care. I believe in safe patient care, and that ain’t it.”

Gunther said this worker shortage represents the downside of Hochul’s vaccination mandate for health care workers, since specialized workers in rural areas are hard to replace. Hochul has said the state will bring in workers from other states and countries to make up for shortages, and deploy medically trained National Guard members, if necessary.

Gunther said she has been in touch with the governor’s office and DaVita to work on a solution.

While she is supports vaccination, Gunther questions how well state administrators prepared for the shortages.

“You have to cover all bases before you enact a mandate like this,” she said. “I don’t know that we covered our bases. We thought about the military … jumping in and taking on the role of a dialysis nurse. It ain’t that easy. There aren’t that many around.”

The Department of Health released a statement Friday: "The Department of Health is aware and is closely monitoring the availability of care across the state through the DOH Operations Center which will continue to work with facilities and health networks to make certain patients are receiving necessary care and that community health needs are being addressed."