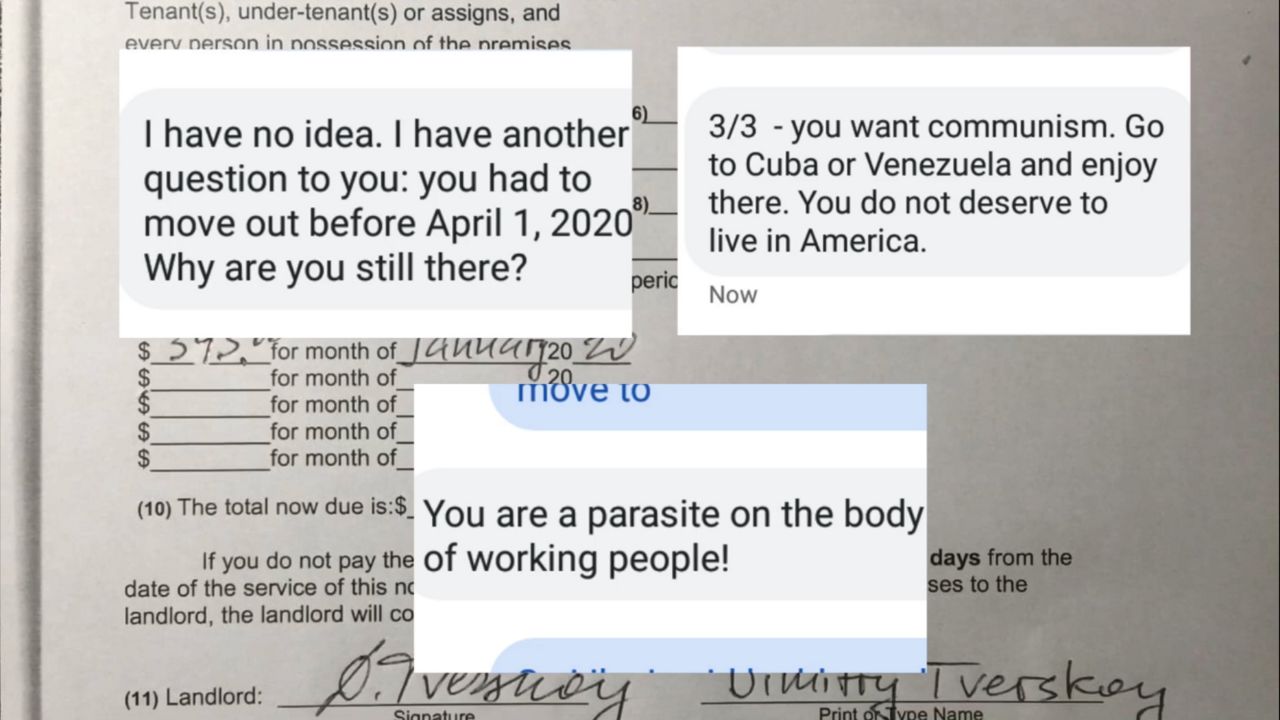 “We have been hearing multiple reports of landlords harassing tenants to try to force them out of their homes at this moment of crisis,” Ryan said, “which, frankly, really pisses me off, and it should you too.”

Members of Ryan’s newly formed COVID-19 Tenant Protection Unit will serve as the first point of contact for tenants who are in disputes about rent and eviction. Officials in Ryan’s office describe the unit as a liaison between tenants and whichever police agency, landlord, or attorney to help resolve disputes.

“If you are experiencing this kind of pressure from a landlord, threats of eviction or eviction, you can reach out and call us,” Ryan said.

“I plan on filing a complaint,” Kingston renter Lisa Royer said when reached by phone Friday.

Royer shared a notice from her landlord, Dimitry Tverskoy, in January informing her she must leave by April 1 for having an outstanding balance of $395. Royer had lived in the upstairs apartment for more than a year, managing to pay her rent of $1,395 per month, albeit sometimes late or in a series of partial payments.

At the bottom of January’s notice was the message, “No partial rent payments will be accepted anymore. Sorry.” Royer said she has been trying to find a new rental home in her price range, with no luck yet.

She shared with Spectrum News text messages apparently exchanged between her and Tverskoy after the statewide eviction moratorium was announced.

In one message, Royer was told, “You had to move out before April 1, 2020. Why are you still there?” Another text message stated, “You are a parasite on the body of working people!”

According to county records, Tverskoy owns two other two-family homes in Kingston.

“She’s a thief and a crook. Don’t talk to me about her. Okay? Bye,” he said before hanging up.

Ryan, clearly annoyed by such reports during his Thursday media briefing, shared clearly his interpretation of the governor’s eviction moratorium.

“The governor’s actions mean any eviction of any tenant in our county right now is illegal, plain and simple,” Ryan said. “It can even be considered a crime to do so.”