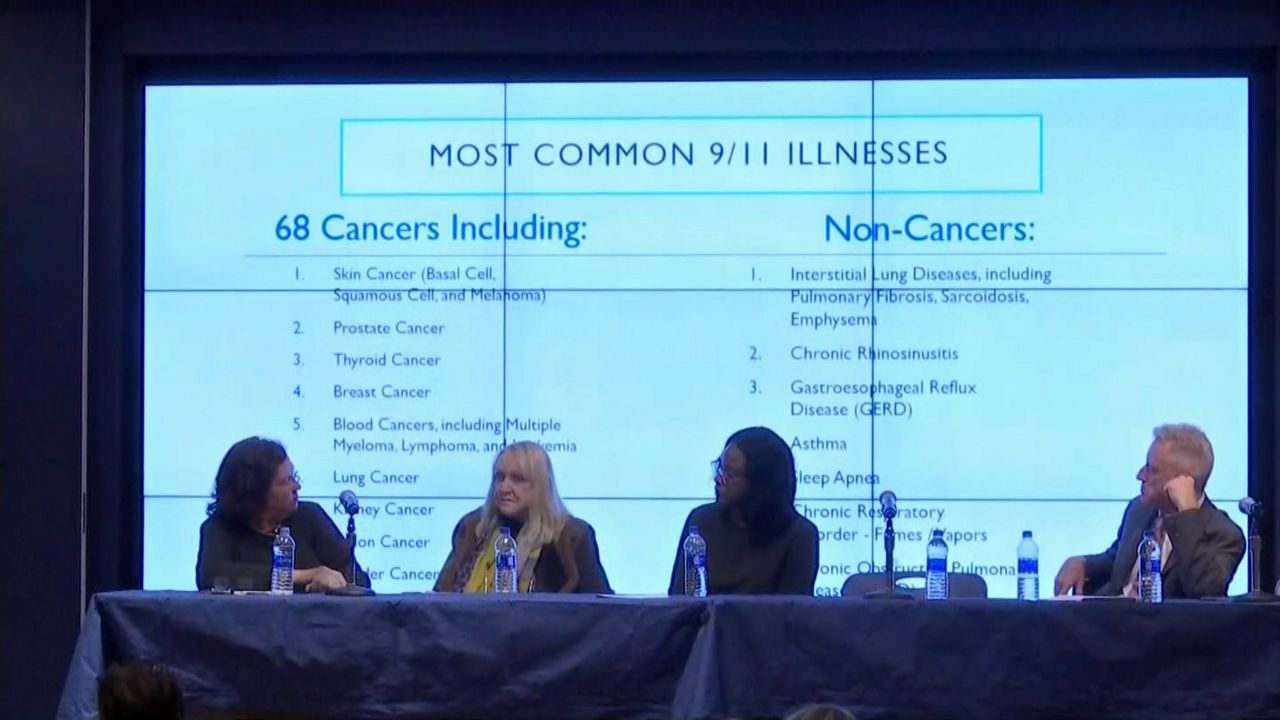 "In 2017, I was diagnosed with cancer I didn't immediately associate with 9/11," said Tamika Johnson.

Advocates behind this seminar say there could be thousands of people like Tamika Johnson out there.

"We were lied to about the air being clean," she added.

The people aren't first responders, but they are now getting sick because of the time they spent near Ground Zero after the September 11th attacks.

"Four years ago, I got cancer, three cancers I've had," said Dr. Pamela King, a teacher.

The United Federation of Teachers, holding this informational session for educators and students and anyone else who thinks their health may be at risk.

Johnson was a freshman at Borough of Manhattan Community College nearby.

And Pamela King was a teacher at the high school of economics and finance.

"One of the secretaries in our school has a number of cancers now and there's like five or six people in my building that have gone through it," King said.

Advocates are urging attendees to check if they qualify for two federally funded programs that provide free health care and financial support for people suffering from a 9/11-related illnesses, the World Trade Center Health Program and the Victim Compensation Fund.

"The firefighters and the police officers, they know that there's free health care out there but the students who scattered all over the country, teachers many of whom have retired down to Florida, they don't connect the dots and why should they?" said Attorney, Michael Barasch.

Attorney Michael Barasch says spreading awareness will even benefit those who have yet to become sick.

"People go bankrupt when they get cancer so shouldn't they take advantage of this free health program that picks up all the deductibles all the copays," said Barasch.

Johnson says qualifying for the programs has helped it lot. She's hoping others get the same assistance.

"I know it's plenty of people who are symptomatic right now or may be diagnosed recently in the last few years and won't associate it,” said Johnson.

Advocates estimate there were 400,000 people exposed to toxins during and after the September 11th attacks. But they say only about five percent of that number have applied for free health care.