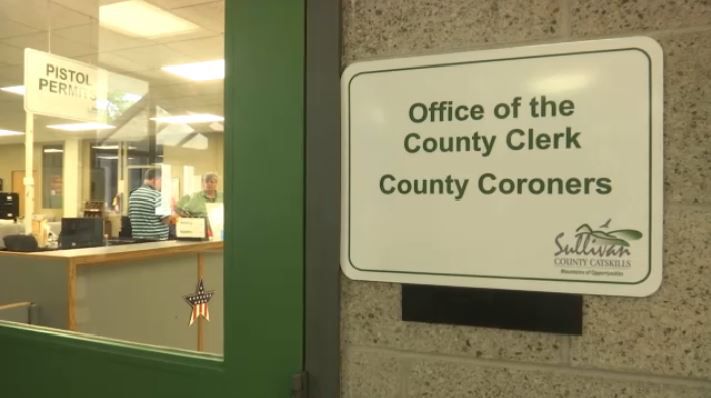 Sullivan County Clerk Daniel Briggs said he is on the fence about licenses for undocumented immigrants, as a bill that would reinstate their ability to apply for licenses was still being debated in the state senate on Monday.

Briggs said he might not abide by the measure, known as Green Light NY, which narrowly passed the senate with 33 members for the measure and 29 against.

"I haven't thought that fully through," he said during an interview in his office Monday. "I don't know."

Briggs is not sure what his staff would do when presented with a foreign identification document that they cannot verify.

He said his staff would need more training and resources, which would require additional funding.

He added that a procedure should have been clearly spelled out in the bill, for when a clerk cannot determine the authenticity of a certain document.

"By and large, we're lay people that are down here, and being thrust into a position where we're going to have to make a decision in a quick moment as to whether or not that's a legal document," Briggs said.

He told Spectrum News he personally believes the measure is unfair to immigrants who are here legally, but says that is not a reason for his opposition. -- He said if the state can adequately address his concerns about documents, he will follow the law.

Renssaeler County Clerk Frank Merola is going a step further than Briggs has, having already made up his mind. -- He is going to turn away undocumented immigrants seeking licenses.

The operative word here to Merola is "illegal."

"I took the same position now that i did in 2007," Merola said when reached by phone Monday afternoon. "My office is not going to be doing licenses for people who are here illegally."

Orange County Clerk Annie Rabbitt said she does not like the bill, but will abide by it.

"...I am not in favor of allowing undocumented immigrants NYS driver's licenses," she said in an email. "That being said, I will uphold the law."

Back in Sullivan County, Briggs said he wishes his senator and assembly representative would have consulted him.

"I haven't heard from either one of our legislators," Briggs said. "They haven't asked, 'Do you have any concerns?' How would this be implemented? What would you do?' -- They don't care."

A spokesperson for Briggs' senator -- Jen Metzger -- said in an email on Monday that Metzger supports the bill. -- She did not respond to Spectrum News' question about communication with local clerks.

His assembly representative, Aileen Gunther, did not respond to our request seeking comment.