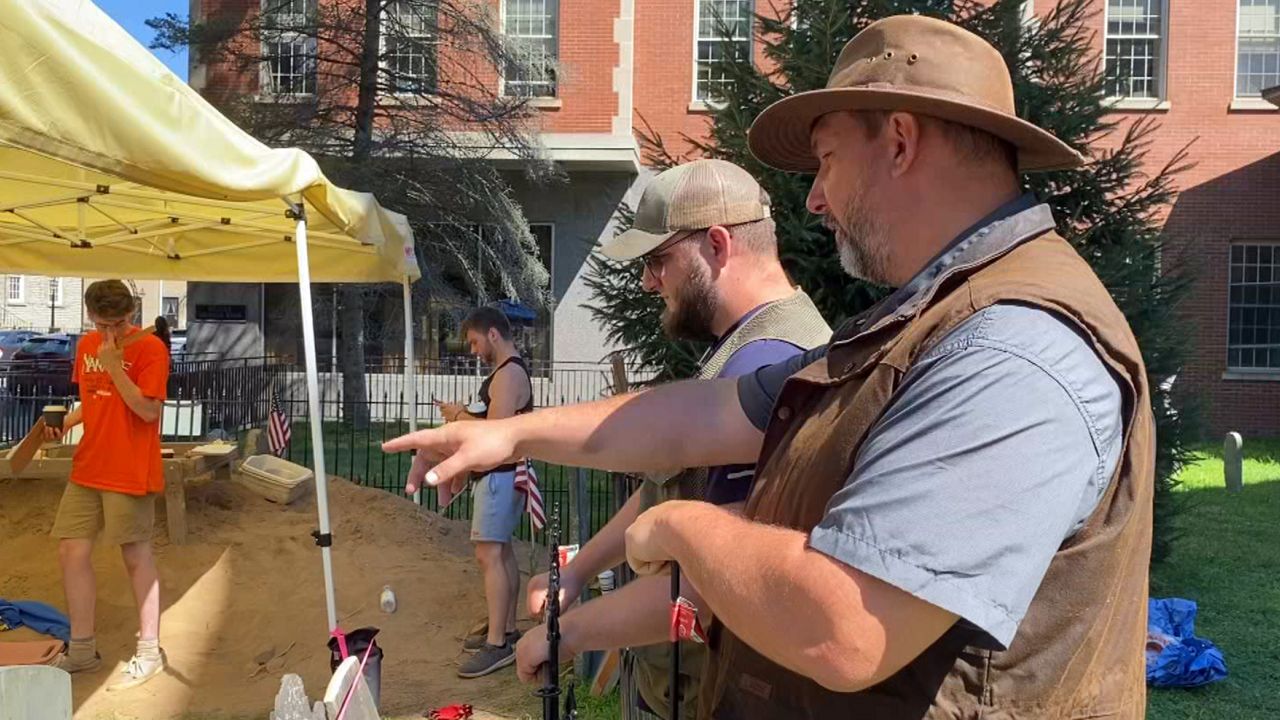 The east side of the clock face at Kingston's historic Dutch Reformed Church strikes 13. And it has everything to do with hobgoblins.

“When he saw the hobgoblin it scared him and he fell off the church steeple, and his body landed here, facing north," said Gage DeWitt, describing the myth associated with Tjerck DeWitt and the church.

And while Gage and his cousin, Justin DeWitt, haven’t found the mythical hobgoblin yet, a relic of Dutch folklore, they are searching for the man behind the myth: Tjerck DeWitt, the first person from the line of descent of their family. It’s a line that Gage and Justin say is one of the largest and oldest in North America.

Justin started his research into his family name years ago, Gage much more recently. They're co-founders of the DeWitt Family Historical Society.

Their search for their ancestors’ bodies led them to Kingston. With help from SUNY New Paltz professor Joe Diamond and his students, they’ll carefully excavate part of the cemetery to find the remains of Tjerck and his son Andries. Once the remains are exhumed, the next step is to bring in science.

“So instead of going back nine or 10, or 11 or 12 generations, you’ve got that DNA that you can jump right back into later medieval times for the most part," Diamond said.

And while the DNA testing will likely be a lengthy process, once they have it finalized they’ll able to have a three-dimensional rendering of what their family’s nearly 400-year-old patriarch looks like.

“The history for America doesn’t just start with the concept of Christopher Columbus and then go from there to the Pilgrims and then skip to the Revolutionary War, and then that’s when it really takes off," Justin DeWitt said. "There was a whole period of people that were here for a long time; they were working with the Native Americans in the area. And this was going on for hundreds of years before all of those things happened.”

Since Spectrum News 1 visited the site, remains have been found. According to Gage DeWitt, the remains of what’s believed to be six DeWitt ancestors have been exhumed.