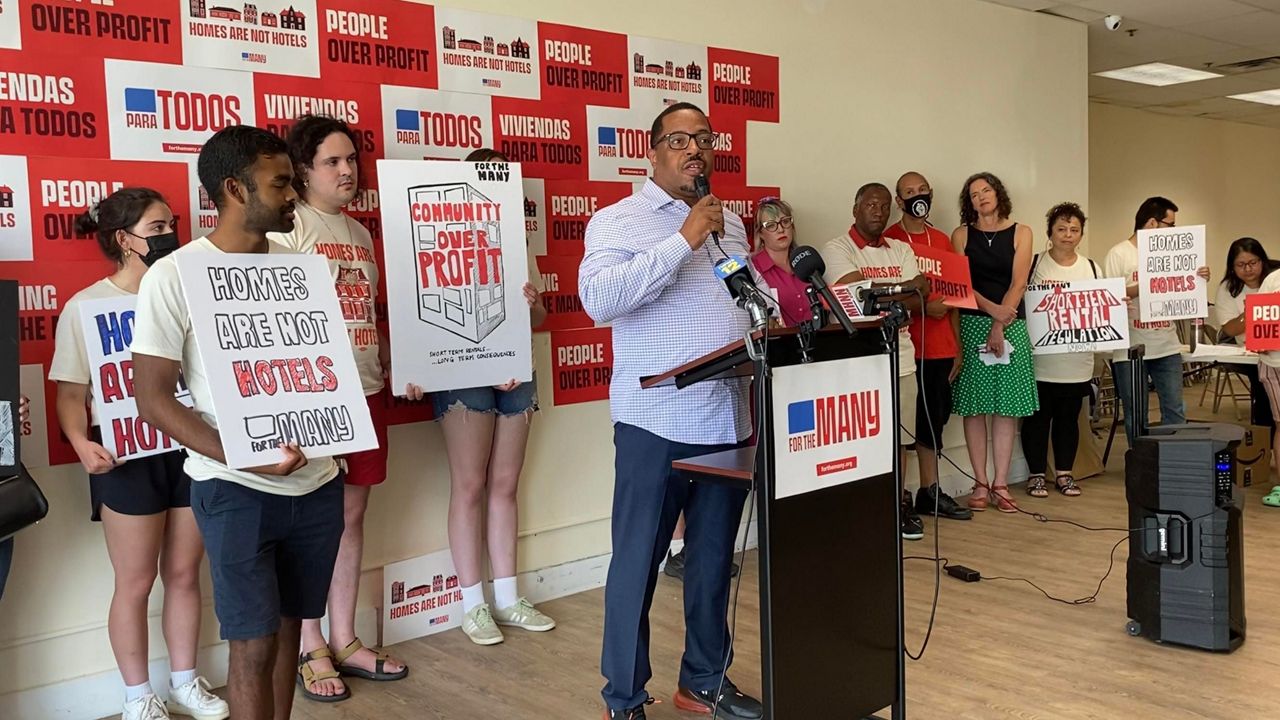 Brahvan Ranga, political director for grassroots group For the Many, says that the number of vacation rentals in the region has exploded in recent years.

“Outside of New York City, Ulster County is the number one county in the state for Airbnb revenue," Ranga said. "Dutchess County is third; Orange County is seventh.”

That’s why his group is looking for local municipalities to pass legislation to ensure that these short term rentals are not contributing to the housing crisis throughout the valley.

“Oftentimes, the amount of Airbnbs exceed the amount of long-term rentals that are advertised on industry websites," Ranga said. "And that’s not an exact measure, but that does reflect what people are seeing when they’re looking for housing.”

For the Many’s legislation would include a ban on vacation rentals, which are homes that are not owner-occupied and are usually owned by people from outside the area. But these changes wouldn’t affect local, mom-and-pop Airbnbs.

“To the hosts that live in Kingston that are trying to rent out a spare bedroom, they have nothing to fear," Ranga said. "What we’re trying to do is create a registration process and give them a leg up against the vacation rental hosts who have tons of properties across the state.”

But some, like Ray Vargas, think the industry doesn't need this type of regulation. He's the co-founder at Home Sweet Hudson, a vacation rental property management company that works with prospective home buyers to find homes and then turn them into short term rentals.

Vargas says that most of his clients are buying homes that they’ll use several months out of the year and eventually retire in, and are looking to generate revenue with them now. He says these properties aren’t really considered available inventory for local housing.

“I think we really need to talk to and point towards the town officials and them being able to figure out a solution to help provide affordable housing in this area," Vargas said.

But there is already support for this legislation from local officials, like Newburgh Mayor Torrance Harvey. Who, at the start of For the Many's campaign, pledged that Newburgh will pass the legislation to ban vacation rentals in the city. It’s work that’s been going on for months behind the scenes by city councilors like Anthony Grice and Giselle Martinez.

Martinez says that she wants to make sure that this is a change that helps the locals of Newburgh and folks around the region.

“The beautification of our city should be for the residents," the first ward councilor said. "We should be the primary people that are benefitting off of this. And many people don’t have the opportunity to benefit it off of these short term rentals because, again, we’re left scrambling for housing.”