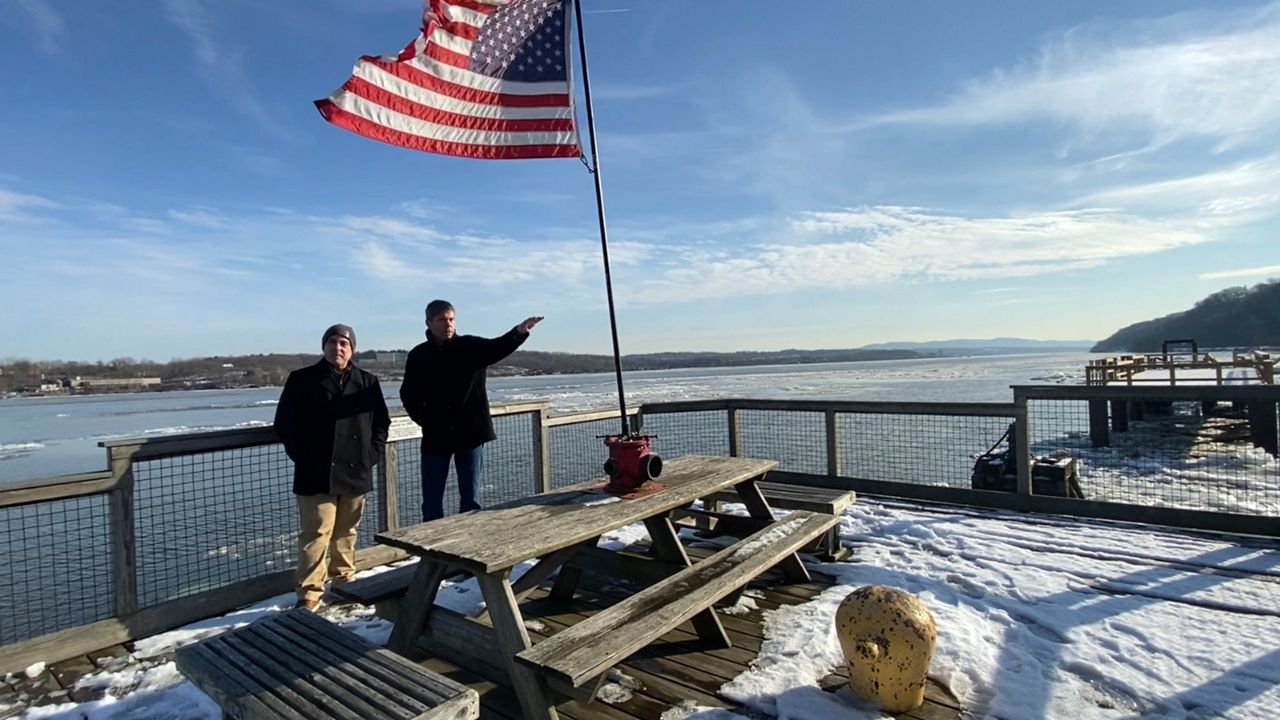 Right now, ice is the only thing floating across the Hudson River at the Milton Landing Park, but in a few years, the site could be a blossoming center of tourism in Marlborough.

“This site is gonna be something that the people of this community can be proud of for a long time to come,” said Marlborough Town Supervisor Scott Corcoran.

Revitalization of the parcel of land that used to be a Shell Oil transfer site is a project 12 years in the making. In a year or two, town officials say, it could a hub for community and commerce.

Allan Koenig, a Milton Landing Committee member, and a friend came up with the idea to transform the site years ago while drinking coffee and overlooking the Hudson.

“We would look at this dilapidated parcel and say ‘it’s a shame that nobody can go out there and enjoy it,’ ” said Koenig.

They started by recruiting members of the Milton Engine Company to completely renovate the pier so residents could use it. That was completed in two weeks, and before they knew it, volunteers were chipping in and planting grass.

But they couldn’t fix the larger pier with just volunteers alone. With the help of a $1.6 million grant, the town was able to rebuild the deep water port that could one day allow ships with 100 or more passengers to dock.

The town of Marlborough is currently in talks with companies like American cruise lines interested in running tour boats up from New York City.

“People from the city may want to take a boat ride up and go pick the apples; go enjoy our local wines,” said Koenig.

The town just received another $560,000 Local Waterfront Revitalization Program grant. That state funding will go towards planting trees, creating trails, and even building a welcome center and public restroom, to create a welcoming space for residents and visitors alike. Past grants helped the town revitalize the historic train station and create a kayak launch.

“Something that was unusable, uninhabited, did not look particularly visually nice, has now become something that is going to be a gem to this community,” said Corcoran.

Town officials estimate the project will take one to two years to complete.​