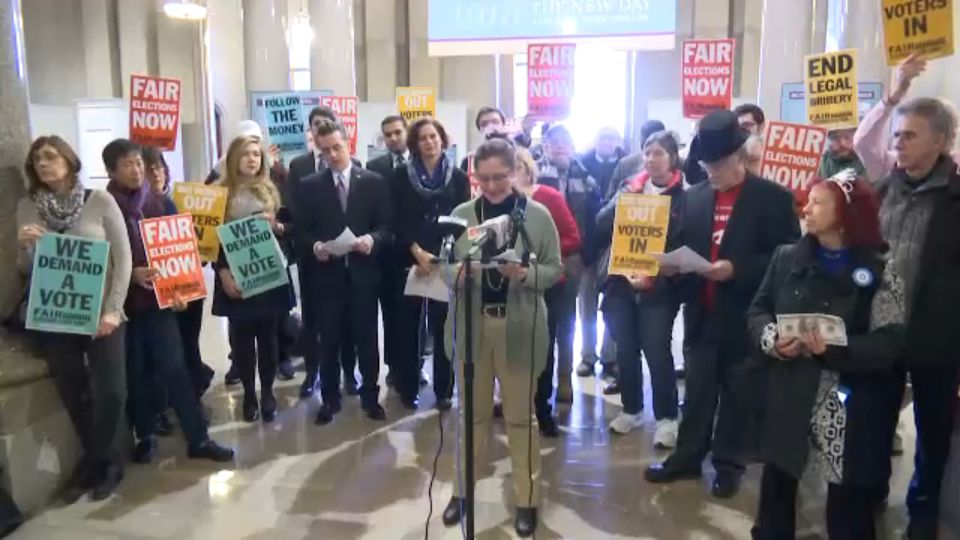 Proposed Election Reforms Would Impact How You Vote

Advocates and elected officials Monday rallied at the Capitol for election and campaign finance law reforms, including efforts that would make it easier to vote and raise more money from small-dollar donations.

The election reform bills call for early voting, automatic voter registration and expanded access to absentee ballots. But reformers want to go further; pointing to the state’s sky-high campaign donation limits they say makes it harder for average people to run for office.

“When we stand here and we talk about election reform and campaign reform because we need more regular people to run for office, not just people who can afford to run for office,” said Common Council President Corey Ellis (D).

“We’ve got to control and get big money out of politics,” said Fahy (D). “We see the big impact it’s having at the federal level."

But it’s also about reforming state government, according to advocates like Citizen Action’s Jess Wineski, who point to the undue influence of special interests like the real estate industry have had at the state Capitol.

“Money talks,” said Wisneski. “It’s human nature as one of our speakers said. And that’s why we want to create a system of small donations so people can fuel their campaigns.

Many of these measures stalled in the Republican-led Senate, which flips to Democratic control this year.