System failure? Automated hiring process may be in need of tweaks to help worker shortage

WISCONSIN— There probably have been times when you’ve filled out a job application online, hit the apply button, then wondered if it will ever be seen by human eyes or headed to The Great Resume Black Hole.

Amid a worker shortage, it’s a concern for companies and job seekers.

“What’s going on in the broader economy around hiring and the recruitment of workers is a complex situation,’’ said Noelle Chesley, an associate professor of sociology at UW-Milwaukee.

She believes there are flaws in the automated hiring process, sometimes leading to qualified candidates being eliminated by some algorithm. But she knows automation is here to stay.

“There needs to be probably just more reflection on what we want out of the hiring process,’’ she said. “Starting over from scratch, maybe in some ways. Then thinking about how to automate it, rather than taking what maybe already were problematic practices and dumping those ideas into an algorithm.’’

Algorithms can be a friend or foe for companies and job seekers. That starts with job ads.

“So the issue with job ads is that we have all these different proprietary algorithms that are figuring out who gets to do something and who doesn’t,’’ Chesley said. “Depending on the type of browser a person is using, depending on whether or not they’re using the search algorithm of Google or they’re on Facebook or Indeed or Monster. All of those algorithms might work differently. And it’s not just because of how users have their settings. It’s a very complex ecosystem where it really depends on decisions the hiring organization is making.

“So they make decisions about how to target their job ads that influence who gets to see them, that algorithm developers are making decisions in their design of the algorithm; it shapes how people see it. And then it can even be influenced by things such as who’s online at a particular time of day. That can also shape who sees a particular job ad. So there’s not an easy fix, necessarily.’’

The same sort of issues apply with companies who receive job applications.

Some companies may use vendors where they can decide what filters they want used to pare down the applicant pool, while others may use a tool from a vendor that’s proprietary where the vendor receives some information about what they want and then customizes it for them.

“Economic incentives for the developers of these hiring systems are all on the side of the organization,’’ she said. “Those are their clients and the people who pay for their services.” 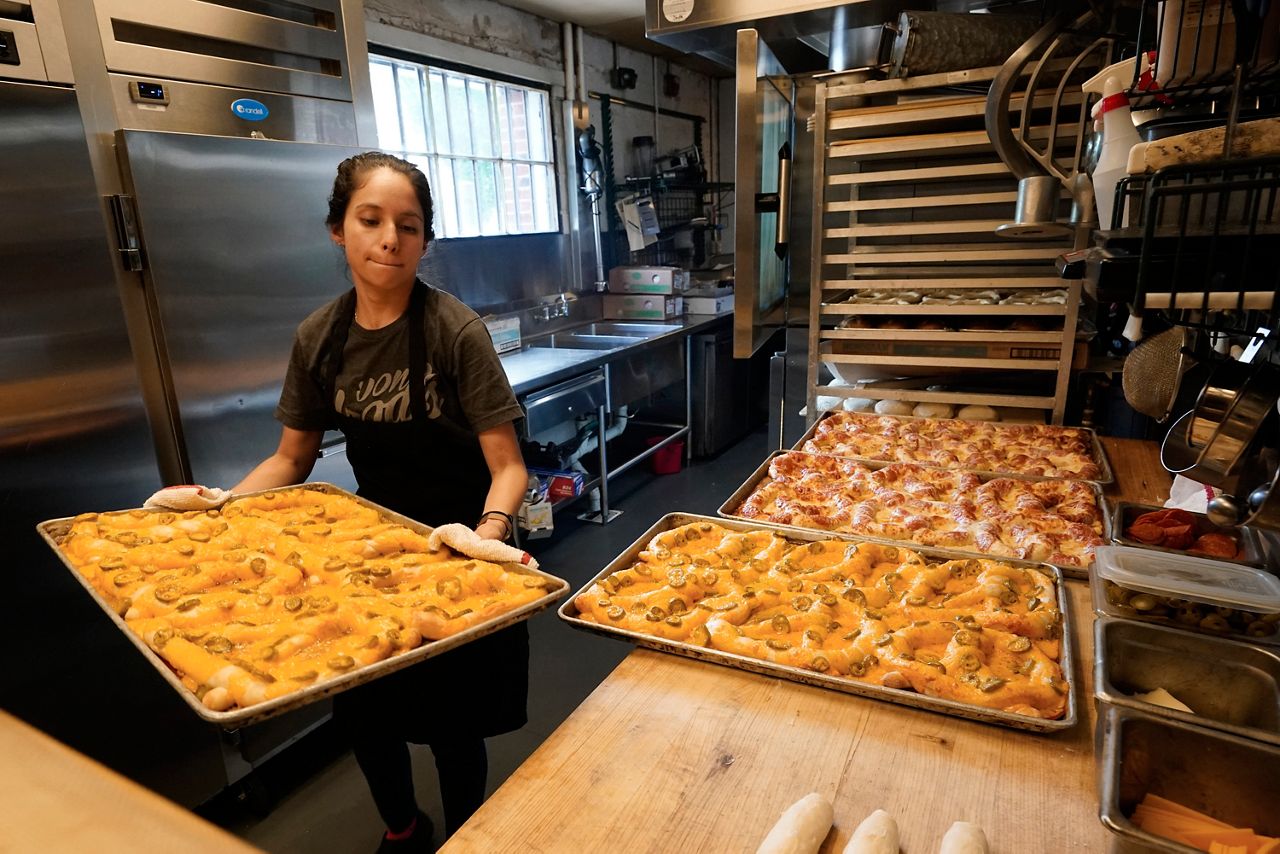 So what can a job seeker do?

“What I tell everyone is you found the job, and the company, go on LinkedIn and type in the company name and then see if you’re linked with anybody,’’ said Barb Waala, who describes herself as a career journey coach out of Waukesha. “I mean, start there. Are you linked with anybody that works at the company? Do you know somebody that you can contact and, if not, find out who the HR person is and let them know you applied through the applicant tracking system but you just didn’t want to get lost and attach your resume again in a message.’’

And, yes, make sure you use those keywords.

“I tell them this all the time,” said Waala, who helps companies find workers, as well as helping individuals find jobs. “Don’t put anything in there that you haven’t done. But if you’ve done that, and it’s worded a different way in the job description than it is on your resume, by all means word it the way that it is in the job description.”

Depending on the job, the number of applications an organization might receive is overwhelming, which is why ATS systems are necessary.

“They’re beyond the capabilities of a human person to filter through in any kind of efficient way,’’ said Chesley of job applications. “One thing we could question, though, is whether or not we want to be focused purely on efficiency. So, in many ways, our automated systems are working exactly as they were intended. They are filtering out the vast majority of candidates to give organizations a smaller pool. Now, that might be backfiring in some ways at this point. It might be eliminating higher quality candidates.

Businesses knew a worker shortage was coming, Waala said, as a great number of baby boomers were headed toward retirement. But the pandemic fast-tracked that process, so today there aren’t as many people in the workforce.

“People are like, ‘Oh, those Gen Zs don’t want to work.’ That’s not what it is,” Waala said. “We had a bunch of boomers that retired, two to three million people. And we’re still down a million in the workforce. And we knew that was going to happen. We knew when the boomers retired, we didn’t have enough people coming up. It’s just we thought we had a few years. And the pandemic just kind of pushed us.

“So when people are at restaurants and … I want to say older people are getting upset because they’re thinking that younger ones aren’t working. There just aren’t enough of them. So we knew it would happen. And I will say that the younger generation, a lot of them, want to be influencers and you can do a lot of things online to earn money that you couldn’t do back when I was in my 20s in college. So it’s different, it is interesting times.”

Which makes it more important for a better process to connect employers and job seekers.

“I am always going to be optimistic about the potential for change,’’ said Chesley. “Certainly there is an incentive right now for organizations to think about their hiring practices. We are in a job market where they’ve had a lot of difficulty making connections. And so if this prompts people to kind of revisit their practices, they definitely have a financial incentive to do that.’’