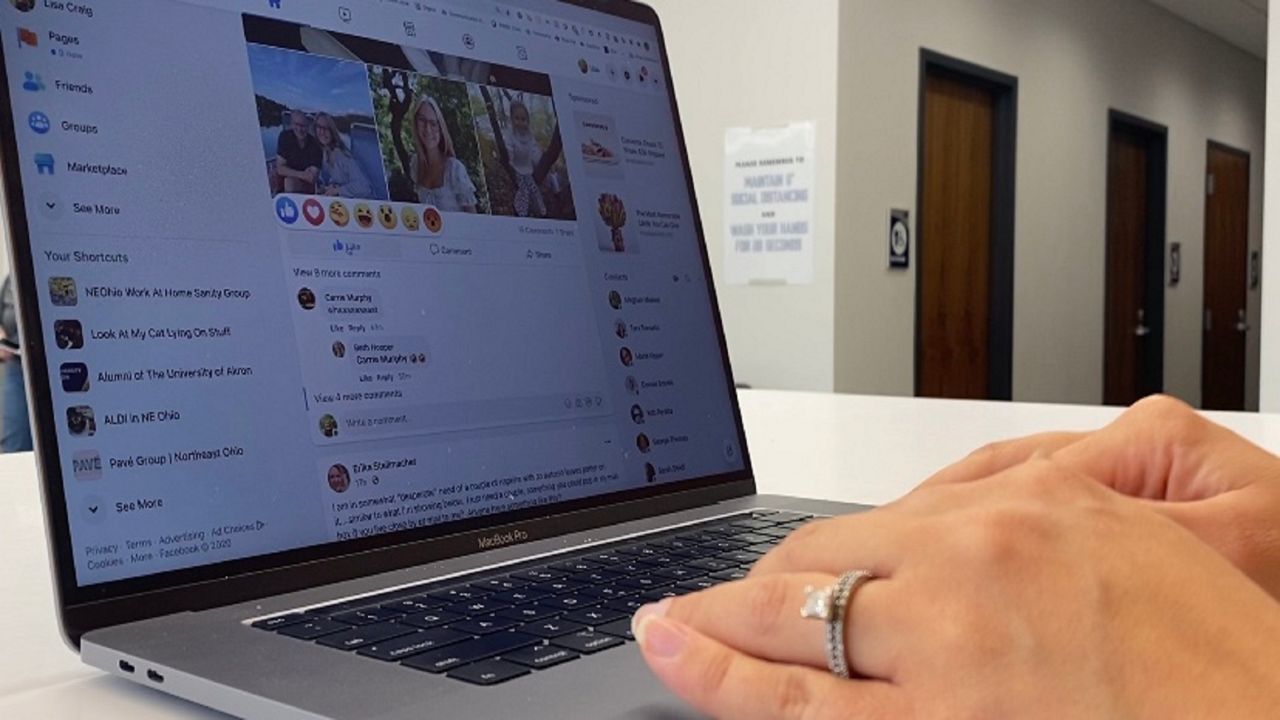 AKRON, Ohio — Researchers are calling it the "fexit."

“A fexit is really a Facebook exit. It is a play on words for us to take a look at peoples' intentions to either decrease their use of Facebook or even leave it all together,” explains Alexa Fox, an assistant professor of marketing at the University of Akron. She is part of a team that has been exploring the effects of unwanted posts on Facebook.

Fox says when people log onto Facebook, they are hoping for personal connections with their friends, something that political posts don’t provide — even if they do align with the users' beliefs.

“We found that political content in general, even if it is aligned with your own point of view, people were not interested in hearing about it. It would lead to greater intentions to mute that person or use Facebook less or even consider decreasing or deactivating your account all together.“

For many, navigating unwanted content on Facebook is not as easy as hitting that “unfriend” button — especially when it comes to navigating “in-person” relationships.

The study found that users may be more permissive when it comes to their families posting habit. Fox said, "There are certain relationships that they have to maintain, like I said, with family you think, well, I can’t unfriend my family member or I don’t want to totally get rid of this person and make them see we aren’t Facebook friends anymore because I don’t want to damage that relationship. They might even feel like it has offline implications for what they do.”

Fox explained it’s not just political posts that people are tired of — brand-related posts from friends is another reason people “fexit.”