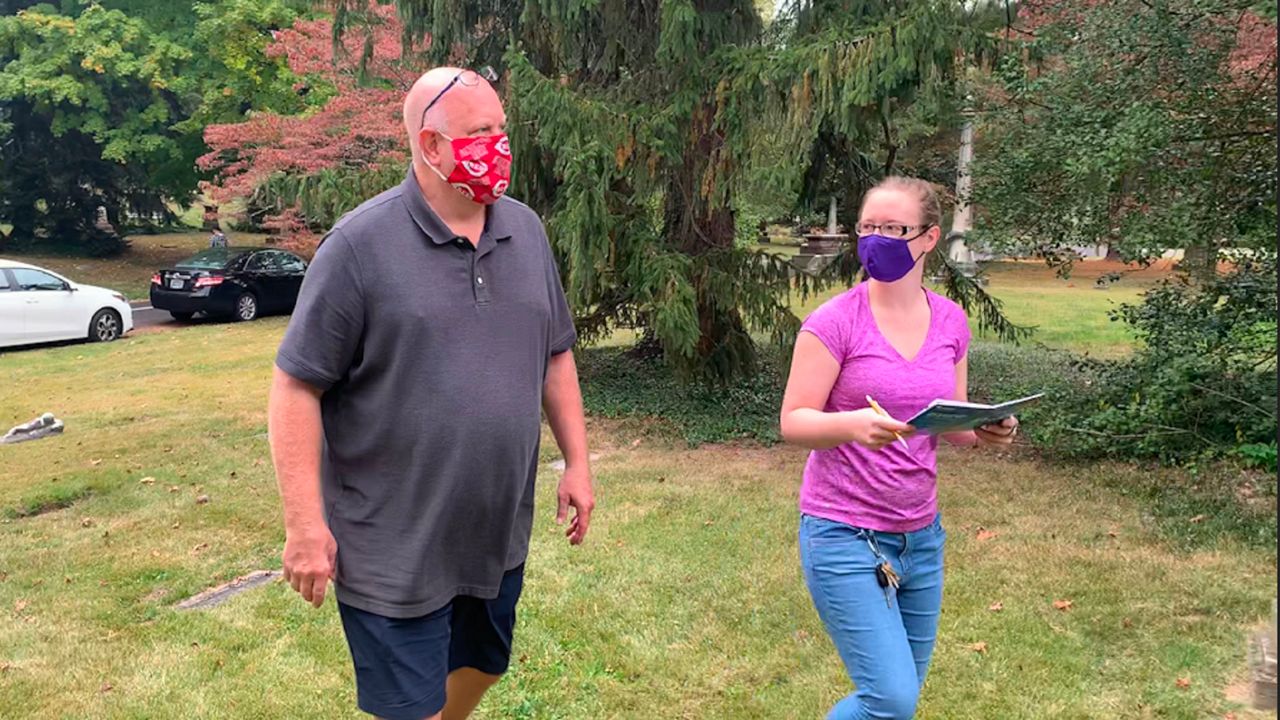 CINCINNATI, Ohio — Kelli Lang and her father are on a quest to find the clues to solve a scavenger hunt. At the American Sign Museum location, they counted the lights on the Arby's sign.

“It wasn’t that hard, but it was really clever and I feel awesome that we figured it out,” said Kelli Lang, one scavenger hunt participant.

With one location complete, they’re on their way to the next. It’s all to benefit Caracole – a Cincinnati-based organization that helps in the fight against HIV and AIDS.

“My dad and I are having a blast out here,” said Lang. “There’s a little bit of discovery going on — some puzzling going on. We’re seeing some cool things around the city that we didn’t know existed before. All around, it’s been an awesome day.”

There are nine locations in Cincinnati that make up the Roam Away From Home Scavenger Hunt. Each ticket is $40 and the proceeds from this event will go towards funding various Caracole programs.

“I’m actually learning a lot about Caracole today and about some of the amazing services that they provide to people who not only have HIV and AIDS, but to help other people prevent HIV from spreading and I think this is a super important service that they provide to our entire community,” she said.

The Langs are on their way to completing all of the clues. Kelli says she really enjoyed this activity.

“It’s really nice to have an opportunity to just get outside and do something fun but feels interactive, but it’s still safe and socially distanced,” she said.