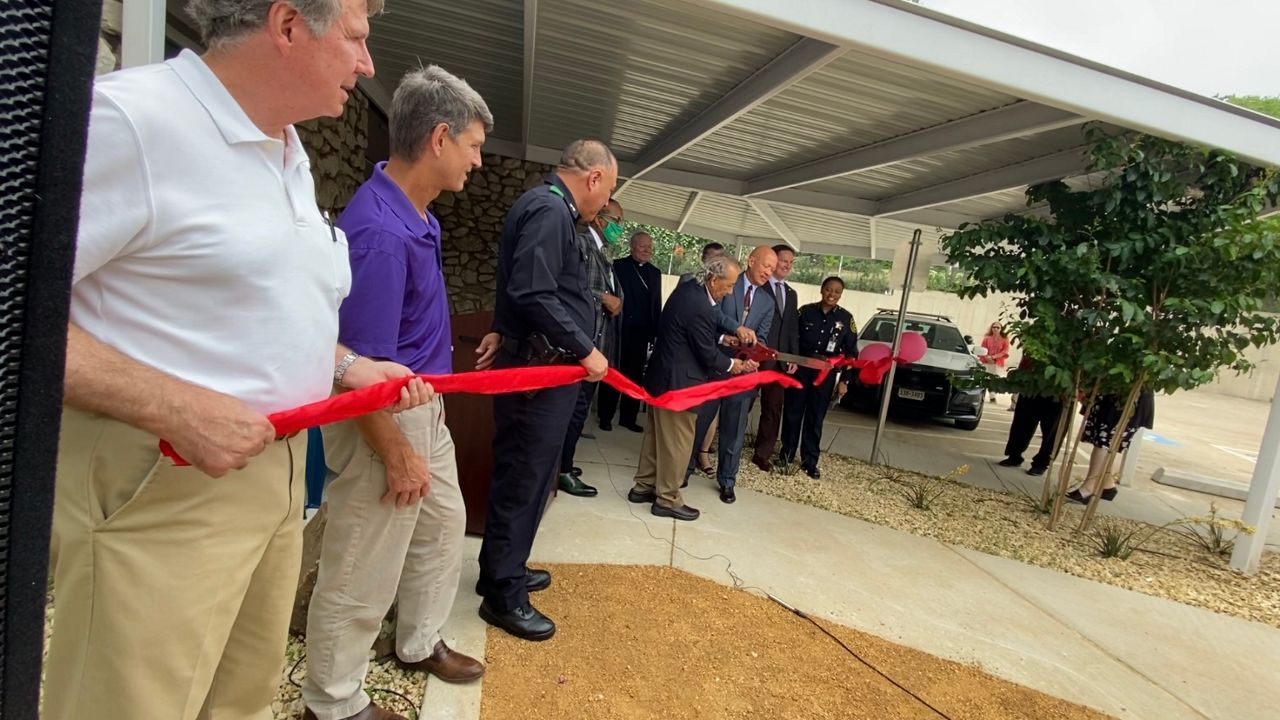 DALLAS — A local nonprofit and the Dallas County District Attorney have teamed up on a new project that attempts to better address homelessness and mental health in the community by keeping people out of local jails.

On Friday, the groups cut the ribbon on a new facility in South Dallas known as the Dallas County Deflection Center. According to the DA’s office, the facility will provide an alternative to arrest and incarceration for mentally ill individuals accused of certain non-violent, low-level misdemeanors.

“Our job is to get them to a better place,” said Doug Denton, executive director of homeward bound, the nonprofit teaming with the county to run the facility.

Denton said rather than take those low-level offenders directly to jail upon picking them up, law enforcement will bring them to the deflection center. Once there, they’ll be under 24 to 48 hour observation, peer support, integrated care and treatment, a discharge plan with case management, and handoff to care like detox, medical care, or transitional housing.

The deflection center also has a clinic on-site run by experts from Parkland Hospital to help people get any medical help they may need, including things like vaccinations.

“This is going to be a place where we can triage people based on their actual needs,” said Denton.

They’ll also have people on hand who know what they’re going through.

Darrell Langley, who will serve as a caseworker at the facility, has himself experienced life on the streets.

“My mom and dad on drugs, being homeless by the age I was 13, literally sleeping outside in San Francisco,” said Langley.

Langley said he eventually found his way out and to Homeward Bound where he discovered a passion for social work and began pursuing an expertise helping people he spent so much time around.

The 16-bed deflection center idea was especially attractive for Langley because he said it will allow some people dropped off to be around the social services and resources that they may have been avoiding for so long. He believes many will find a will to get to a better place and begin making strides forward for themselves and their families.

“They’re not in shelters. They’re afraid to go to shelters. We’re gonna make this a warm and welcoming place so that they feel comfortable,” added Denton.

Leaders at Homeward Bound said they looked to a similar facility in Houston when developing this one, and they believe it’s a technique that can make a difference in the homelessness situation across Texas.

That’s not just for the people experiencing homelessness either. Denton points out individuals picked up by police end up as a cost to taxpayers while they’re in jail or while they’re receiving medical attention at hospitals, upon arrest, that they can’t pay for. He said the deflection center can lower those costs to the community significantly.

“Just like DIVERT Court, which was groundbreaking at the time and continues to reap benefits for this state, such as closing 11 prisons and idling 4 others, we hope that this is a major step in this community which will provide alternatives to jail for a vulnerable population like the homeless and mentally ill,” said Dallas County District Attorney John Creuzot in a release from his office. “If we can help any other Texas community develop this type of approach, we will be happy to do so.”

The center is at 5300 University Hills Blvd. and will officially open in June.