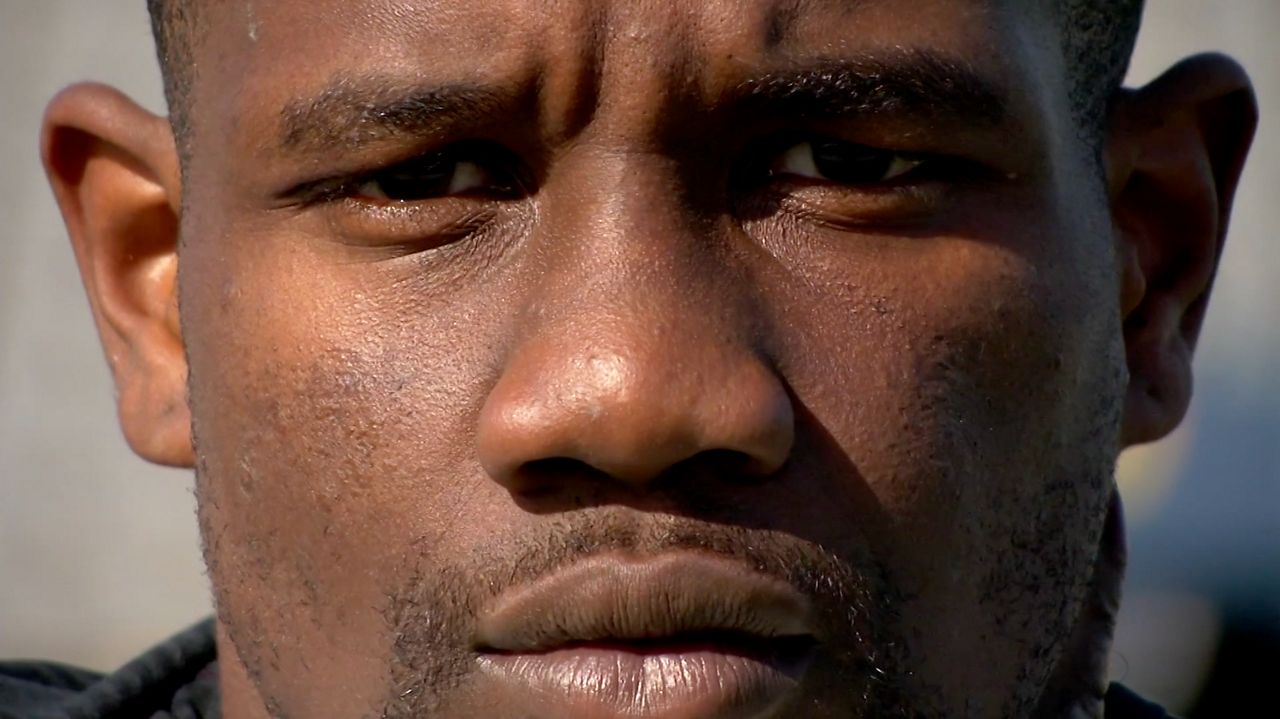 COMMERCE, Texas — Some memories never fade and some scars never heal. For Texas A&M Commerce linebacker Xavier Morris, one night changed his life and simultaneously almost ended it too.

In 2019, Morris, his teammate Jay Bias and his Omega Psi Phi fraternity brothers Pierre Leonard and Demondre Lauderdale were on a spring break trip to Miami. On a walk to get a late-night snack, Morris and Bias were robbed at gunpoint and shot on the morning of Mar. 16.

“I got hit in the face and the bullet lodged into my neck,” Morris said. “That’s where I get these scars from. The second bullet is in my back. I got pads on so you can’t see and the third bullet hit me inside my bicep. It was an exit entry. It’s a sight I would never want my worst enemy to see because that’s not a good feeling. Looking down the barrel of a gun and not knowing the other intentions of the man behind it.”

Morris and Bias were shot that night by a man with the worst intentions. Thankfully, they both survived, but the news sent shockwaves back to the Lions locker room.

“It was heartbreaking. I cried a lot about that situation,” said Morris’ current Texas A&M Commerce teammate and Judson High School teammate Dominique Ramsey. “That’s my dog. I just wanted to support him in everything he did.”

Which was getting back to a full recovery. Not an easy road by any means because, due to his injuries, Morris could not eat solid food for the first eight months.

“I was the Smoothie King,” Morris playfully said. “I wanted real food so bad my mom tried to blend up some Chinese food and it didn’t go so well. I threw some soy sauce on top and it was all bad.”

But the hardest part of it all?

“Just working on my PTSD,” he said. “That’s really what it was. Also, just being confident in my own skin again because I had to get a facial reconstruction. So, the left side of my face is a bicycle chain from my jaw to the top of my ear. I told the doctors to give me a James Bond face."

With his OO7 looks back, Morris’ confidence soon followed. The next step was to get back to the gridiron. 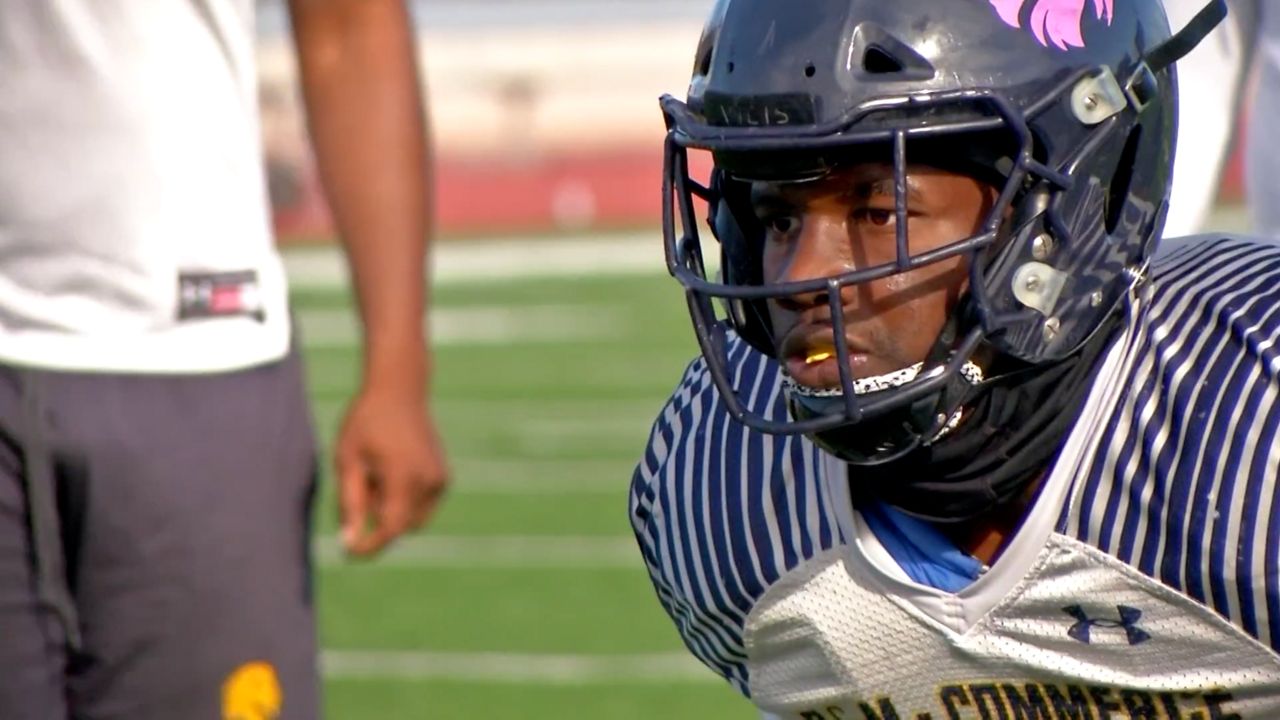 Xavier Morris lines up in practice for a hitting drill prior to the Lions' game against West Texas A&M. (Spectrum News 1)

“I really didn’t think he’d ever play football again,” said Lions head coach David Bailiff. “It’s been amazing watching his journey from the injury to where he is now, being our starting linebacker.”

“It was really a dream to me,” said Morris, when asked about his feelings being back on the field. “It was like, ‘Wow I’m really back.’ The first thing I do when I step foot on this field is I thank the Lord. I thank the Lord for giving me another play.”

And another chance to be with his teammates.

“My favorite part (about football) is the camaraderie,” he said. “I’m an only child so I’m not used to having people around me like that. My biggest thing is bond. I love being around the guys and cracking jokes.”

Morris’ future after his time in Commerce is not determined yet. But one thing is for sure — he wants to play football as long as he possibly can.

“One day I want to make my mom proud. I want her to kick her feet up and not have to work anymore.” Morris explained. “So, that’s the ultimate goal. I just have to keep putting myself out there. If I’m fortunate enough to make it to the NFL, the CFL, arena football, whatever it may be. I want to play the game until I’m not in love with it anymore. But I’m in love with this game so they’re going to have to carve me off the field at this point.”