ARLINGTON, Texas —  The “If Then/She Can” exhibit located in NorthPark Center in Dallas, honors over 120 women who have achieved great heights in science, technology, engineering and math (STEM) careers with orange, life-size statues.

Dr. Minerva Cordero the associate dean of The College of Science at the University of Texas Arlington has her own statue in the exhibit. She has dedicated most of her nearly 20-year career promoting higher education STEM paths to minority students. She also mentors and organizes programs to guide students interested in STEM.

“I do research in mathematics specifically in geometries and I have some very impressive results in that area, so that combined with my passion and my dedication into bringing more women into this field is why I got chosen and why now I have a life size statue,” she said.

“You take 100 people working in science and engineering, two are gonna be Latina women. That number is just way too small because we do represent a much larger percentage of the population,” said Cordero.

For some students, STEM education is not an easy road to take when you are a first generation student with little representation in the field.

"One of my professors said you should get a Ph.D in mathematics. I had no idea what she was even telling me. I come from a very humble background, first generation college going, actually my parents only completed elementary school, so the idea of going to graduate school was something that we did not know about, what it was,” said Cordero.

That is the reason that she is relatable and inspiring to young STEM professionals like Jocelyn Baca-Reyes, a UT Arlington mathematics graduate teaching assistant. 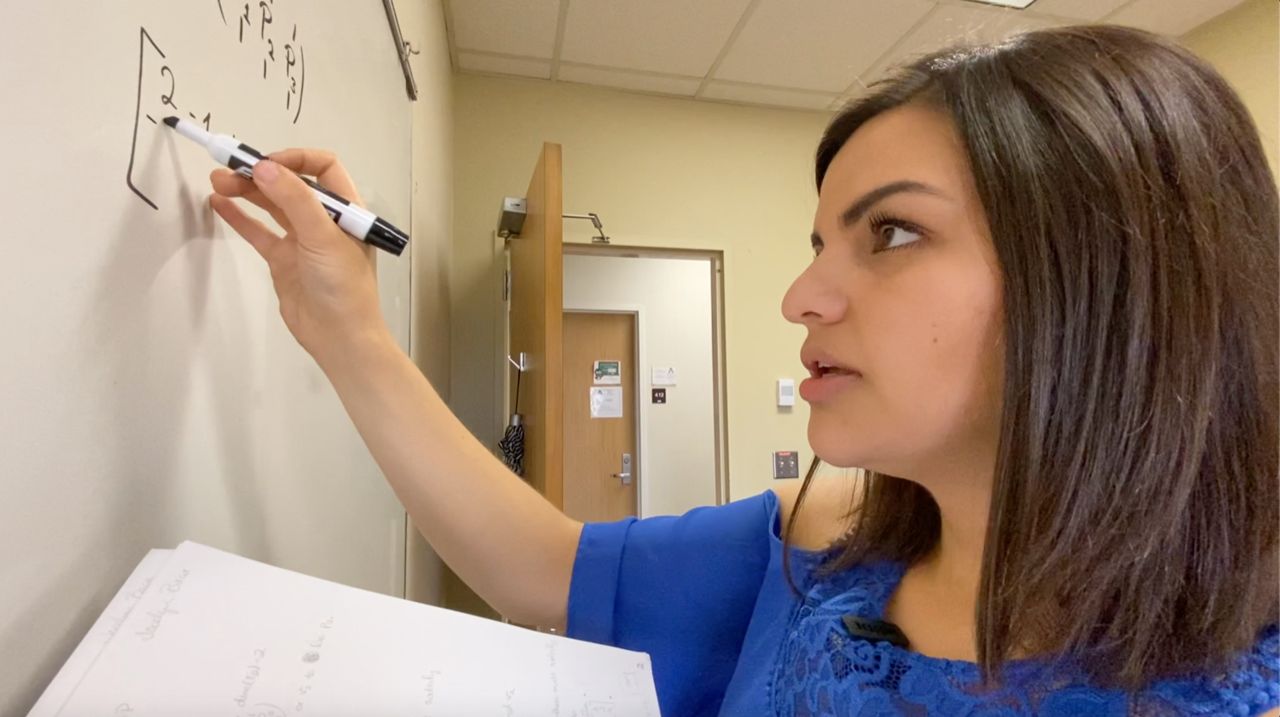 Jocelyn Baca-Reyes in her office in the Mathematics Department at UT-Arlington. (Spectrum News 1/Magaly Ayala)

The young mathematician says the support she has received along the way has made all the difference.

“They told me don’t tell yourself no, let other people tell you no, and that makes total sense because sometimes I discount myself because of lack of representation currently in the field you know. So it’s really inspiring to see people like Andrea Meza or people like doctora Cordero,” she continued.

Seeing those who have paved the way and who she can identify with in those places has led her to believe she can succeed too.

“We are all from Chihuahua, Chihuahua, Mexico, and we moved here when I was five years old,” said Baca-Reyes.

Now she is working on getting her doctorate and doing research to simplify the process of learning math, the subject she loves most.

“To make math that seems like such a complicated subject more user friendly in a way,” she said.

Her hope is if math is easier to learn, it will get more Latinx students interested in STEM careers. It is something her mentor, Cordero, has invested nearly 20 years in and led to her receiving many awards, including the “If Then/She Can” exhibit in Dallas.

The life-size platform is allowing her to get her relatable message and mission even further. The initiative is sparking curiosity in more women about STEM careers, especially among the youngest minds who visit the exhibit. 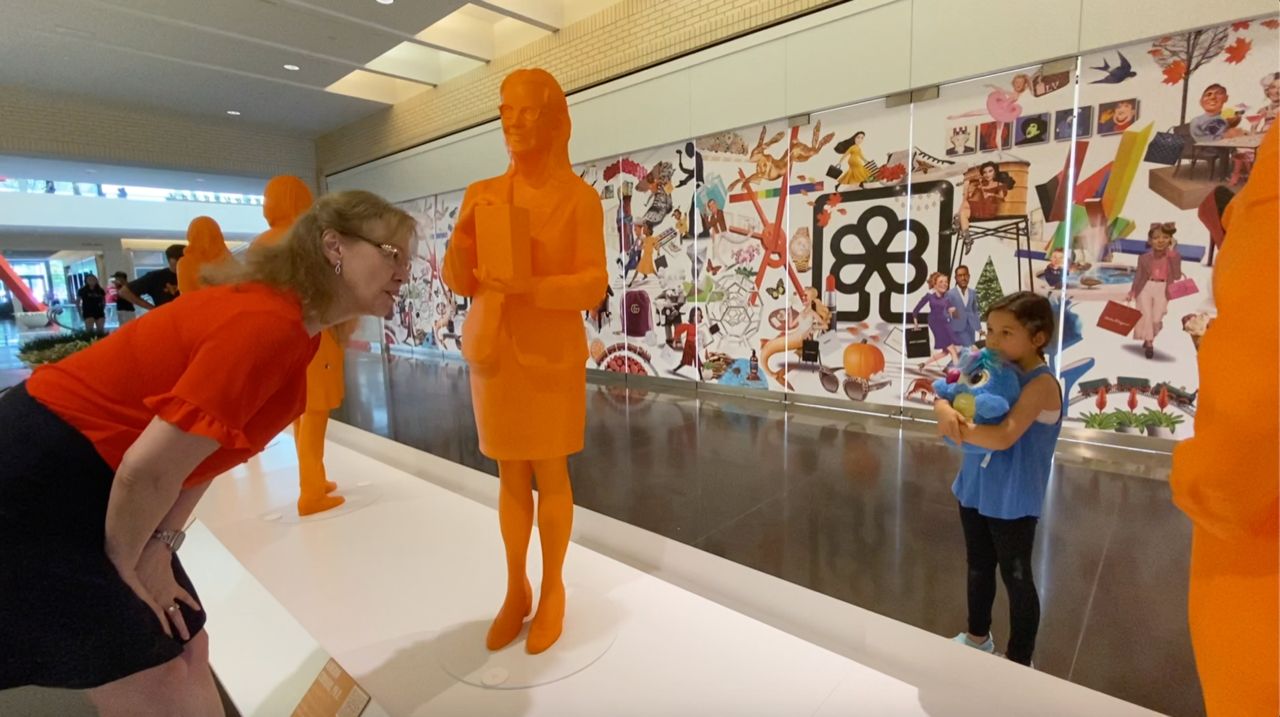 Dr.Cordero talking to a third grade student about mathematics in front of her statue at the If Then/She Can exhibit. (Spectrum News 1/Magaly Ayala)