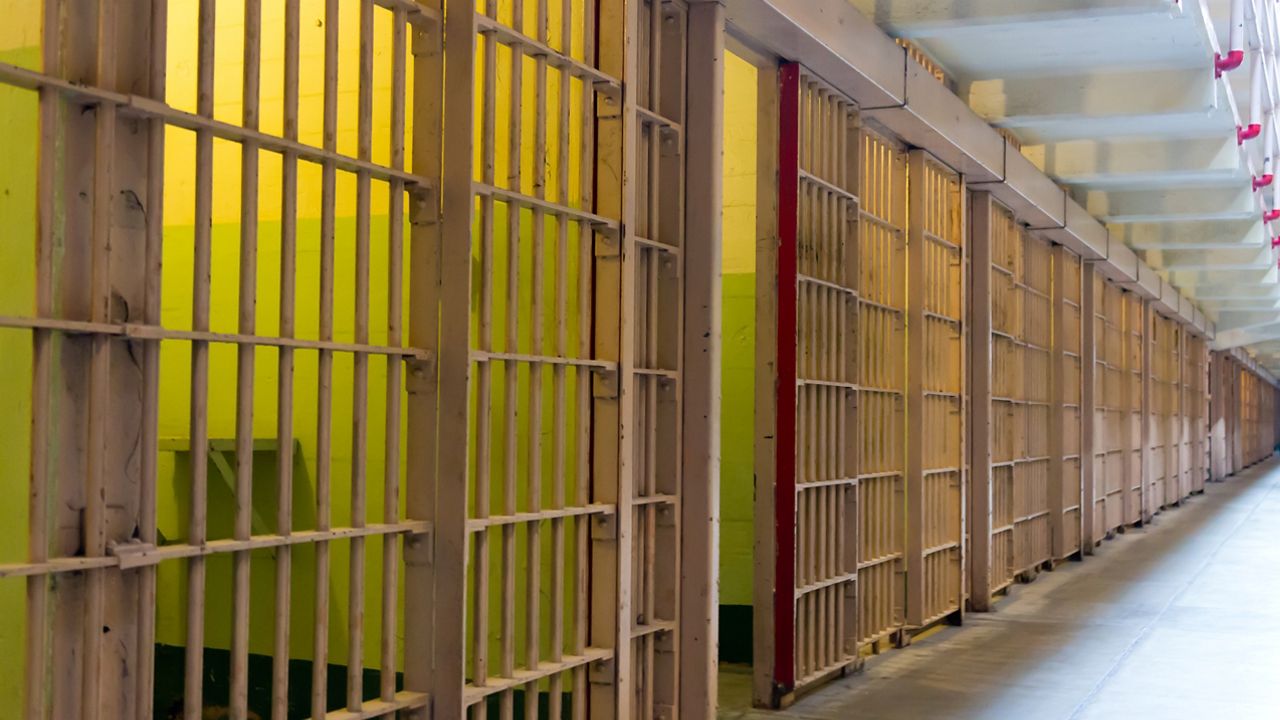 An empty jail appears in this file image. (Getty Images)

TEXAS – Texas lawmakers have long sounded the alarm about fixing what has been called a broken bail system in the state. Gov. Greg Abbott designated the issue an "emergency" in his State of the State address last week.


“Public safety is also at risk because of a broken bail system that recklessly allows dangerous criminals back onto the streets,” Abbott said.

The governor is again pushing a measure that would create a bail system based on the severity of the crime. It passed the Texas House in 2019 but failed in the Senate. But not everyone agrees with that approach. Criminal justice reform advocates argue the governor's proposal does not directly address the problem of poor people who are not violent being held for weeks before their trial date.

Robert Polodna is a 69-year-old Vietnam War veteran who has been battling pancreatic cancer for the past year. He spoke to Spectrum News 1 by phone from his mobile home in rural Smith County. Polodna, who served in the U.S. Army, said there was nothing quite like the six days he spent this past January in jail.

“I had a nervous breakdown in there. I couldn't take it. I prayed every day. I couldn't a hold of my wife. I didn't know if they knew where I was. It was terrible,” he said. “It stays real cold. I kept waking up at night, I couldn't sleep. During the daytime, there was there was nothing before walls to look at. Your mind is going all the time. You're thinking about ... what? I'm thinking about not being in here, and please somebody let me out.”

Polodona, who is undergoing chemotherapy, said he only remembers waking up in jail. But according to a probable cause affidavit, Polodna is accused of shoplifting an item that cost less than $100 at a local Walmart and giving false identity to Tyler police. According to jail records, his bond was set at $500.

When asked if he could afford the $500 bond needed for release, Polodna said, "No, no, not really. I got to panhandle for extra food out there. We got a nice mobile home and everything, but we are on limited income."

Polodna is out and reunited with his wife because of the help of Dalila Reynoso, a community advocate and organizer with the organization Texas Jail Project. 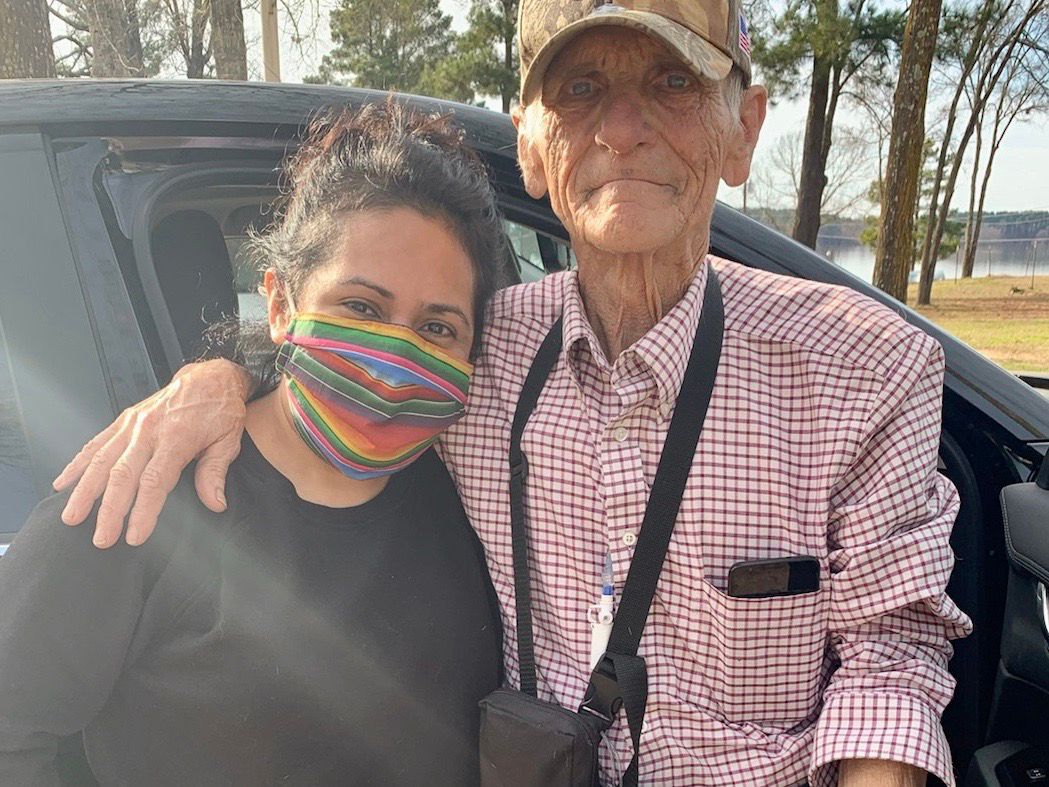 Robert Polodna was released from jail in Smith County after getting helping from a community advocate with Texas Jail Project. (Source: Dalila Reynoso)

“If I'm able to secure my freedom, then I'm free to go, right? But it's really mind-boggling and heartbreaking, because these are a lot of individuals or folks (who) have contacted me because they simply don't have the means and resources to afford their bonds,” Reynoso said.

Bail reform will be a hot-button issue this legislative session. Lawmakers are considering how Harris County is allowing no-cash pre-trial release of misdemeanor defendants following a federal lawsuit over the county’s bail system. Independent monitors appointed by a federal judge are reviewing those recent changes. Last fall, the monitors released the first of what will be several reports, as their work will continue for seven years.

“What we found was really virtually no change in terms of recidivism,” said Sandra Guerra Thompson, the deputy court monitor and professor at the University of Houston Law Center. “The misdemeanors are the large bulk of the criminal justice system, and we have not seen an increase in reoffending, so that's a huge, I think, positive sign that it's that it's working.”

Ken W. Good, an attorney who is on the board of directors for the Professional Bondsmen of Texas, agrees those who are struggling to get by should be treated fairly, but believes there should be ways to keep certain defendants from taking advantage of the criminal justice system.

“We all want to improve the system. I just think we have disagreements over how to get there,” he said.

Good believes there should be a whole host of factors judges should be taking into consideration before setting bail, and he thinks there are limitations to granting no-cash bonds in Harris County.

Sen. Paul Bettencourt, a Houston Republican, is pushing for legislation to limit the use of personal recognizance bonds and impose stiffer cash bail limits on defendants charged with multiple felonies. Senate Bill 532 honors Caitlynne Guajardo, a pregnant Pasadena woman, who police said was killed by her husband after receiving two PR bonds.

"The simple part of Senate Bill 532 is that if you have one personal recognizance bond open, you can't have another one," Sen. Bettencourt said in a recent interview with Capital Tonight’s Karina Kling. "The bottom line is give them one chance and that's it."

Bettencourt’s bill is getting support from some law enforcement officials, but some Senates colleagues have leveled criticism at it, saying it does little to put judges in a position to detain violent criminals.

​"I disagree because America's the land of second chances but you shouldn't have a third or fourth of fifth chance to commit a heinous crime,” he said.

Gov. Abbott is once again pushing for what is called the Damon Allen Act, which would establish certain standards for magistrates to set bail and a pretrial risk assessment tool. Bettencourt believes his bill is complimentary to Abbott’s proposal.

"We're trying to put legislation that stops, quite frankly, magistrates that have a view that everybody should be released regardless of the charges against them. Well, that's not what the system's about,” he said.

Polodna wishes police would have looked into his history before detaining him.

“It seems seems ridiculous to me. Boy, I don't know what the policeman was thinking when they handcuffed me,” he said. 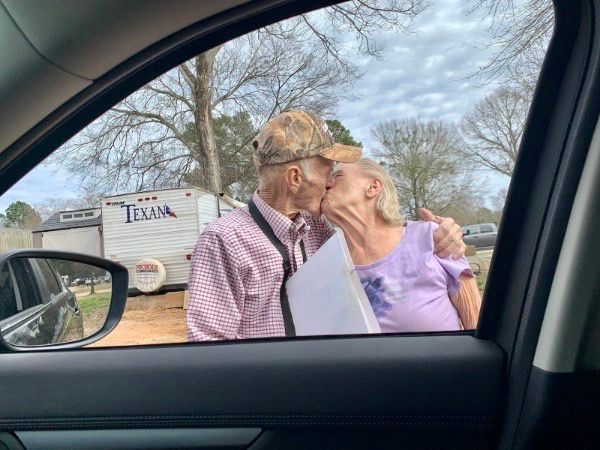 Robert Polodna is reunited with his wife in Smith County, Texas, after spending six days in jail for not being able to afford $500 bond. (Source: Dalila Reynoso)