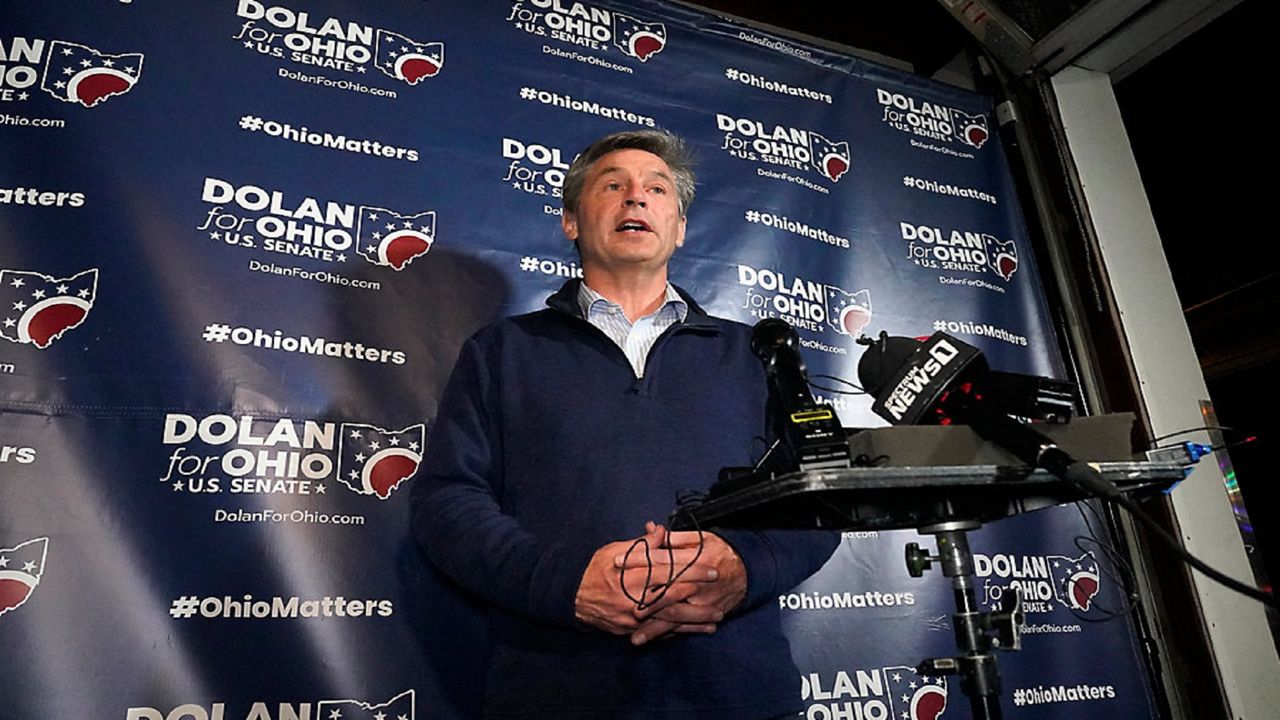 Ohio State Senator Matt Dolan (R) speaks with the press after conceding in the May Ohio U.S. Senate primary. (AP)

WASHINGTON, D.C. — He finished in third in the Republican primary for Ohio’s U.S. Senate race last month, but the support he received encouraged State Senator Matt Dolan enough that he’s launching a new political action committee to stay in the game.

Dolan stood out in the crowded Republican primary for not supporting former President Donald Trump’s baseless claim that the 2020 election was stolen, while urging his party to instead focus on conservative policy and bipartisan dealmaking.

He’s now launching the Ohio Matters PAC to keep a spotlight on the federal issues he campaigned on.

“The PAC is designed to talk about Republican issues,” Dolan told Spectrum News on Monday. “To talk about how we're going to curb inflation, to get less regulation, to make America stronger, have a more competitive economy. That's what I'm going to be focused on through the PAC, not anything else.”

Dolan is hoping to use the PAC to host events in Ohio and help inspire Republican candidates for all types of offices to look ahead, not back at 2020.

While author and investor J.D. Vance won the Senate primary thanks to Trump’s endorsement, Dolan came in a close third place behind runner-up Josh Mandel.

Dolan said Trump’s lie that the 2020 election was stolen remains “a very big concern” to him.

As the January 6th Select Committee hearings about the Capitol attack play out, Dolan said he wants to encourage Republicans to condemn that day, as well as Trump’s election lie, so the GOP can move on.

“There isn't any evidence to suggest anything other than that the outcome of 2020 was accurate,” Dolan said. “And we, as Republicans, beyond that committee, have to stand up and say that, because sooner or later the American people won't listen to us anymore. And we have better ideas. We have better principles. We can execute on better ideas to make America stronger. We're not doing it.”

Dolan endorsed Vance on primary night, but he told Spectrum News on Monday that “it disturbs” him that Vance supports Trump’s election lie.

Dolan is not ruling out another run for federal office, but said he hasn’t made any decisions yet.

This new PAC could help him stay politically relevant if he wants to challenge Democratic Sen. Sherrod Brown in 2024.