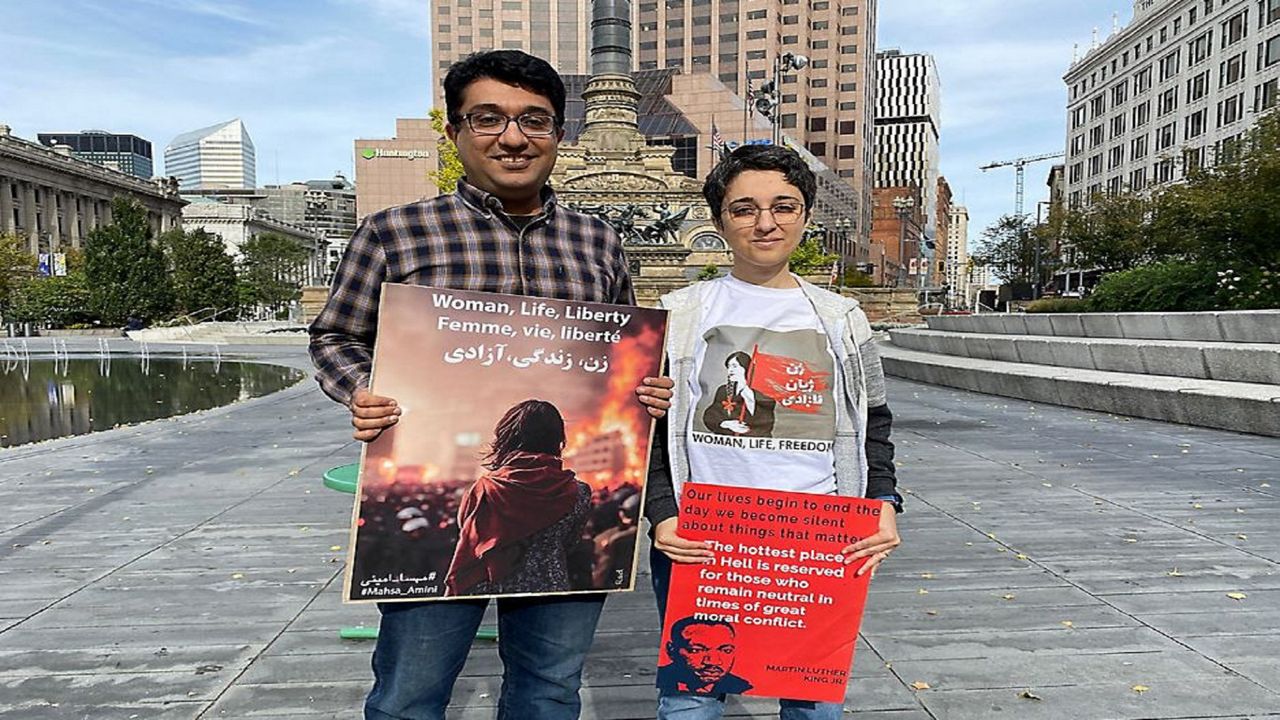 LAKEWOOD, Ohio — Fatemeh Pishdadian and her husband, Hamid Charkhkar, made signs to carry at a protest.


“This is to support the Iranian people, who took to the streets to protest their anger,” Charkhkar said.

The couple joined the millions of people around the world speaking out against the death of Mahsa Amini, 22, who died days after being arrested by Iran’s morality police for how she wore her head covering.

“She was arrested because of not wearing [a] proper hijab,” Pishdadian said.

Both Pishdadian and Charkhkar grew up in Iran, and Pishdadian said she was shocked by the size of this uprising.

“What is so significant about this uprising in Iran is it’s a progressive aspect,” Pishdadian said. “It’s about women and their rights.”

She said she felt motivated to speak out because of her parents.

“They were political activists, and they were arrested and imprisoned,” Pishdadian said. “My father was killed under torture, and my mother was executed for the crime of speaking out.”

Pishdadian said her parents died when she was just eight months old. Despite having no memory of them, she said she wants to carry their legacy.

“Every time I attend a protest, I take them with me because I want the three of us to be together whenever we are raising our voices,” Pishdadian said.

It’s a type of support that Charkhkar said he’s proud to join his wife in.

“In my opinion, it’s not just a women issue, it’s a human rights issue,” Charkhkar said.

They said they planned to make their voices heard in the middle of Cleveland Public Square on Oct. 1.

“Even though we are far away from home, our heart goes out to them. We are breathing and living this call for freedom every day,” Pishdadian said.

The couple added that after the protests end; they want the world to continue keeping their eyes on Iran.

“It is very crucial for people to keep saying Mahsa’s name,” Charkhkar said.