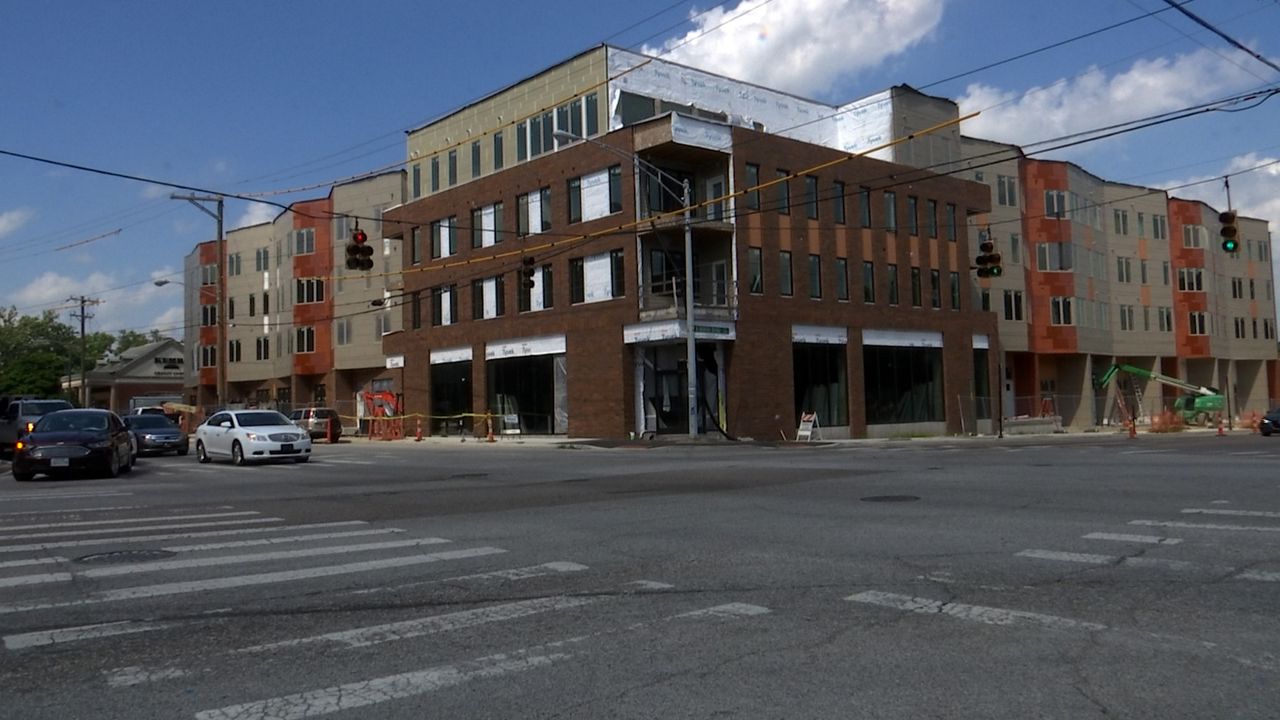 After 20 years and millions of dollars of investment, College Hill developers cap off Hamilton Avenue revitalization with luxury apartments

CINCINNATI — When Seth Walsh came to College Hill seven years ago, the neighborhood looked different. Its business district had faded, an empty Kroger stood as an eyesore along the neighborhood’s main thoroughfare and the housing stock was stagnant and aging.

At the helm of the neighborhood’s development arm, the College Hill Community Urban Redevelopment Corporation, Walsh watched the district find new life. New bars, restaurants and stores started lining the streets, vacant buildings were demolished or renovated and demand for new housing surged. Now, as the HaNoBe Apartments prepare to take in their first tenants, Walsh hopes the growth can sustain the neighborhood for years to come.

When the $31.25 million building complex along both sides of the 6200 block of Hamilton Ave. is complete, it will add 171 new units to the neighborhood rented at the higher ends of the market.

“This is 20-plus years in the making from the College Hill Community,” Walsh said, walking through the nearly finished lobby. “It’s about 10 times the amount of units that were available in this area in the first place.”

When the locally-owned Shuller’s Wigwam closed in 2000, followed soon after by the Kroger across the street, Walsh said CHCURC was looking for the right project to fill the void those staple businesses left behind.

“Those were the cornerstones of College Hill for decades,” he said. “But the reality was these corners had closed because the market had left.”

That’s why Walsh said to build up the corner of Hamilton and North Bend, CHCURC had to start a few blocks south. Over his seven-year tenure as the nonprofit’s CEO, the CHCURC invested more than $80 million in the five-block business district, buying and renovating vacant buildings, renting out commercial and residential properties, and rebuilding what Walsh considers the kind of neighborhood center the modern market wants to see. According to Walsh, more than $6 million of that funding came from private donations within the College Hill community.

“The community had bought in, they had fought hard, to get to this stage, the city stepped in to help make it a reality,” he said. “It was a long process.” 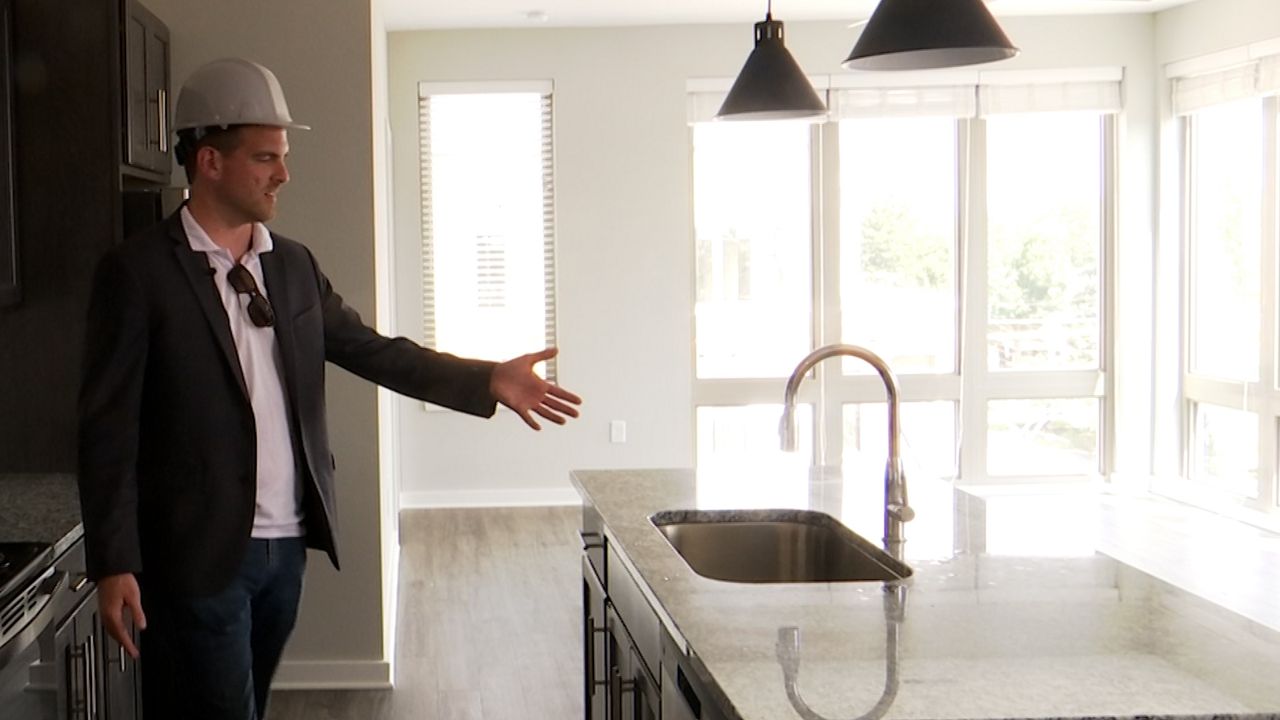 Walsh walks through one of the HaNoBe units.

The HaNoBe project gained steam during the pandemic. Walsh said that’s when demand for high-density housing near the business district became impossible to ignore. In partnership with developer Pennrose and architect GBBN, CHCURC designed the kind of modern apartment complex, Walsh said was missing from the neighborhood and got to building.

“A lot of the build that has existed in Cincinnati is you know 1950s, 1920s, gorgeous, old, historic homes but the modern market is different now,” he said. “It’s the same reason Over-the-Rhine took off, this is what people are looking for.”

The comparison to OTR is no accident. The rapidly growing neighborhood closer to the city core started its redevelopment trajectory around the same time as College Hill, with help from its development arm Cincinnati Center City Development Corporation or 3CDC.

Leaders on the city’s Equitable Growth and Housing Committee have called CHCURC the second most powerful neighborhood development organization behind 3CDC in terms of its power and efficiency.

With an affordable housing crisis across the city, however, groups like the Greater Cincinnati Homeless Coalition remain skeptical about the impact of large, luxury housing developments. While CHCURC has built and plans to build multiple affordable units in the business district, there’s a fear projects like HaNoBe will drive up the neighborhood’s value and in turn, drive up rents.

Walsh sees the issue from the other way around. The market is already hot enough that the demand is already there, building projects like HaNoBe is a matter of creating more supply.

“When you don’t have product like this that exist, the older buildings are still technically the oldest that exist out there so then they’re getting higher rent values than they’re probably actually worth,” he said.

Whether that will drive down rent, inspire more renovations or slow housing inflation, remains to be seen, but Walsh said the demand for HaNoBe speaks for itself.

The complex will stagger its opening over the next several months, with its first residents moving in come August. As of mid-July, the first building has already leased half of its units.