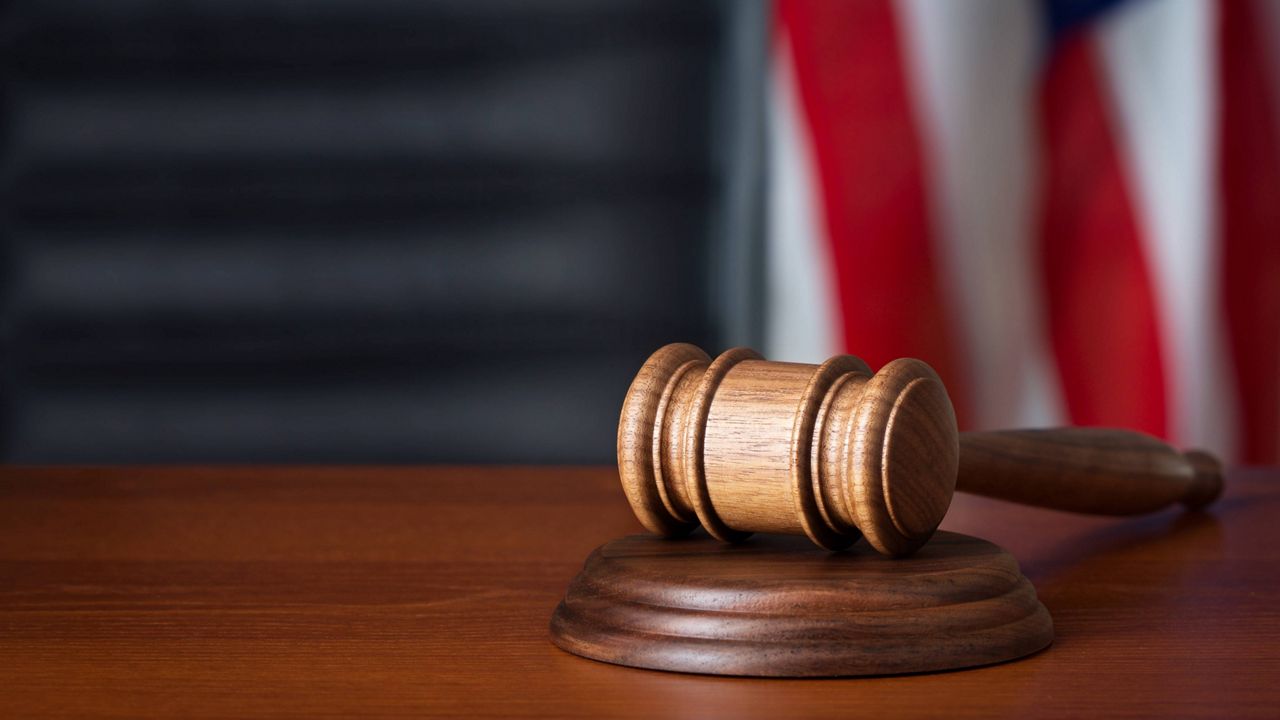 Federal judges choose to not yet intervene in legislative redistricting case

COLUMBUS, Ohio — A three-judge panel decided to not take a stance in Ohio’s legislative redistricting chaos for now.

A group of Republican voters previously asked the U.S. District Court to force Secretary of State Frank LaRose, R-Ohio, to implement the third set of maps adopted by the Ohio Redistricting Commission in the May 3 primary election.

Instead, after a nine-hour hearing, Chief Judge Algenon Marbley, Judge Amul Thapar and Judge Benjamin Beaton said they will wait to see if the state can clean up its own mess.​

The judges said they want the parties in the case to write back to them what they want the federal court to do, should it choose to act regarding the maps and the primary date.

Don Brey, who represented Ohio Right to Life President Michael Gonidakis and other GOP voters, argued for inserting the Ohio House and Senate maps the commission adopted in February in the May 3 primary. Those maps favored Republicans in at least 54% of districts but also were one-sided in the amount of competitive districts on the Democratic side.

The other parties in the case argued the federal court should stay out of the state’s legislative redistricting process. Several expert witnesses testified that the independent mapmakers hired by the Ohio Redistricting Commission had the most compact and proportional maps. They recommended, if the court must act, to put those into circulation.

The independent mapmakers, Douglas Johnson of California and Michael McDonald of Florida, drew maps that adhere to Ohio’s proportionality while also providing an equal amount of competitive districts for both parties.

The three judges did not show their hand, but they asked each party to tell them why they should or should not just keep the districts drawn in 2010 for another election cycle. However, experts said they are malapportioned or no longer properly account for population within each district.

The judges set April 20 as a “drop-dead date” for which they feel they must act if the state has not resolved the situation by then.

Judge Thapar: "We want to do least amount of damage to Ohio law. We're going to do some damage if we get involved." @SpectrumNews1OH

“We want to do least amount of damage to Ohio law,” Thapar said. “We’re going to do some damage if we get involved.”

As far as the primary is concerned, LaRose said the legislative races can no longer be a part of the primary if it remains on May 3. Ohio’s Director of Elections and Deputy Secretary of State Amanda Grandjean reiterated that point Wednesday.

Grandjean said she has “grave concerns” about the risks associated with the legislative candidates still taking part in the current primary. None of the other parties challenged the thought process.

Should the judges choose to move the primary, they could either move the whole thing or create a bifurcated primary with the legislative races Aug. 2. If the state has two primaries, though, it could cost taxpayers an extra $20 million.

The judges wanted to know how many days the state would need to prepare if the panel moved the primary. Grandjean said LaRose’s office and county boards of election would need a minimum of 74 days.

LaRose was called by his attorney, Jonathan Blanton, during a recess because the judges wanted to know what LaRose preferred in terms of maps and the primary.

LaRose, through his lawyer, said he would want a unified primary May 24 with the third maps because the boards of elections have already done some work on them.

However, other parties have asked the court, if it chooses a certain set of maps, to choose ones that were not ruled unconstitutional. As of now, that includes the fourth set of maps adopted by the commission Monday and the independent mapmakers maps and Stanford University professor Jonathan Rodden’s maps.

The fourth set of maps was basically minor tweaks to the third set of maps drawn by Ohio House Republican mapmaker Blake Springhetti. The number of Democratic competitive districts marginally shrunk in both chambers.

Democratic consultant Chris Glassburn, who has drawn maps for Democrats at the Statehouse in both the legislative and congressional processes, said all the maps adopted by the commission have been unconstitutional.

Rodden’s maps favored Republicans in 57 House districts and 18 Senate districts. Although Rodden and Glassburn each agreed, the Johnson/McDonald maps were the most proportional and symmetrical.

Other parties brought up to the panel the third set of legislative maps would negatively affect people of color and underrepresented areas, including Jeniece Brock with the Ohio Organizing Collaborative and Chris Tavenor with the Ohio Environmental Council.