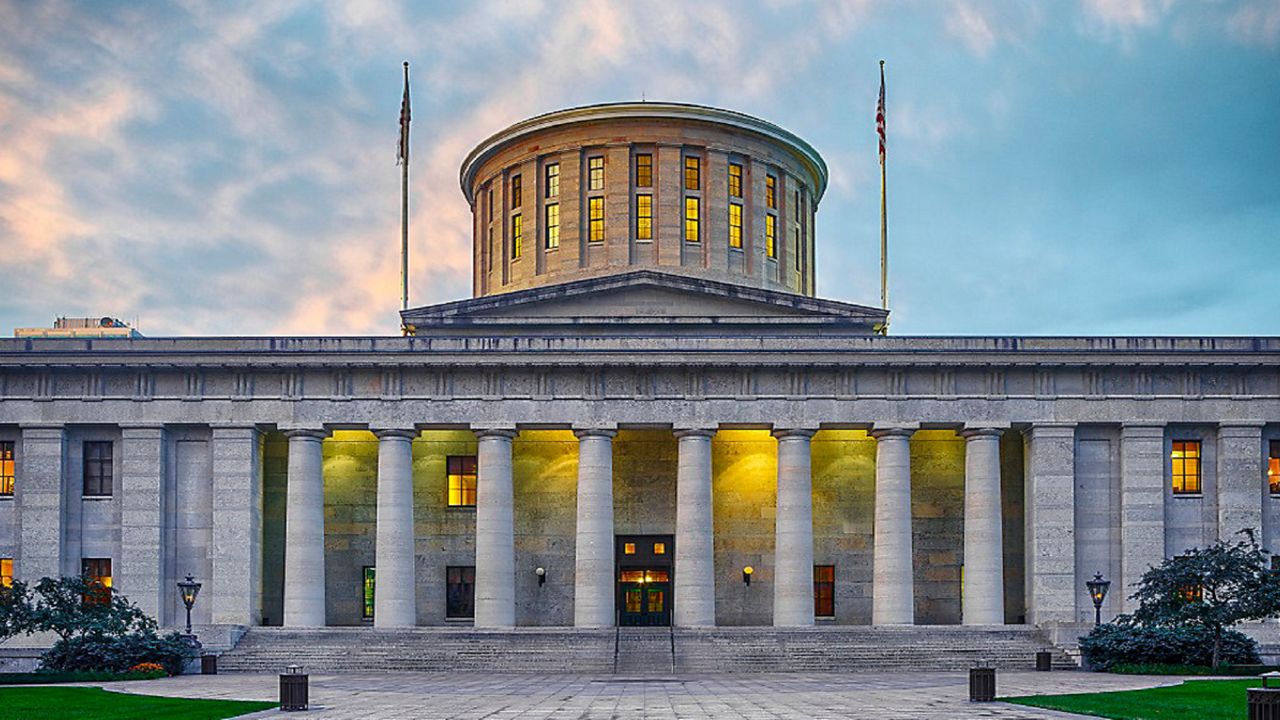 COLUMBUS, Ohio — The Ohio Redistricting Commission has been given its deadline to tell the Ohio Supreme Court why it should not be held in contempt for not redrawing new legislative maps. Meanwhile, the commission will get back to the drawing board Tuesday on a congressional map.


The commission, made up of five Republicans and two Democrats, has until noon on Wednesday to tell the court why it defied its order when it did not submit new legislative maps. The court asked for maps that favor Republicans in 54% of districts because that would line up with how Ohioans have voted the last 10 years.

The five Republicans said it was not possible to draw them without breaking the law. The Democrats have said Republicans lacked the will to try.

Spectrum News 1 Legal Analyst Rory Riley-Topping said while it is unlikely members will go to jail, the court has discretion to punish them in other ways.

"I think the court's going to continue to supervise this process,” said Riley-Topping. “But again, when we talk about the type of penalty and the type of contempt that is imposed, a lot of that is going to depend on that answer that is filed on Wednesday and how the commission attempts to justify their actions up until this point.”

As far as how the state will ultimately get new legislative maps, political science professor Thomas Sutton, Ph.D. said if the court decides the commission should not get a fourth chance, the justices do have other options.

"One tool that the court could possibly use that has been used in other kinds of cases, and that would be to appoint a special master,” said Sutton. “And they could in fact say we are not going to do this, but we are going to ask that a third party, which is what a special master is, could then they could ask for a nonpartisan commission to be formed or group that would submit maps that would adhere to the 2015 requirements and then resubmit those maps, essentially cutting out the commission.

“The other is that there is the backstop of going to the general legislature itself. They may order the legislature rather than the commission, to take this on and give them a deadline to redraw and resubmit new maps.”

Meanwhile, a conservative group of voters filed a lawsuit in federal court Friday asking to remove the Ohio Supreme Court from the equation and have the federal court agree the second pair of legislative maps the commission adopted move forward. Those maps would give Republicans 58% of statewide representation.

​So while the wait is on to see how the legislative process plays out with the courts, the commission will get back to work Tuesday on the second round of congressional redistricting.

The court shot down a four-year map Republican lawmakers passed in November that would have favored them in at least 12 of 15 congressional districts.  That could have guaranteed them 80% of the representation.​​

If past behavior is any indicator, it is unlikely the Republicans and Democrats will work together on a new map.

The General Assembly missed its deadline to redraw the maps last week because Republicans and Democrats could not agree on a new map.

Republicans never said what they were offering, but Democrats were not willing to give the GOP the necessary support needed to have a map go into effect immediately.

Now the commission has until March 14 to get the job done. However, Senate President Matt Huffman, R-Lima, has said he would like to get the process done by Thursday at the latest because the filing deadline for congressional candidates is March 4.

It is unknown if any Republican proposals will be unveiled Tuesday or in the future because they are not saying one way or the other. Democrats unveiled their latest proposal a couple weeks ago they say would give the GOP an 8-7 advantage.​​

Riley-Topping said if both sides are willing to work together, it could be an easier job theoretically to accomplish.

"Of course, it's also a possibility that things could go the other way. Tensions could be so high as a result of what we've seen on the statewide maps that people are just going to double down and be less inclined to work together,” Riley-Topping said. “We obviously hope it's the former, but we don't have a guarantee at this point. Again, the numbers do favor working together, but we saw that that wasn't the case the first time around. So likewise, be interesting to see what the commission does on this.”

Sutton thinks a Republican proposal could be seen, but it is unlikely to put any incumbents in danger of losing their seats.

"There's an expectation that, well, yeah, maybe we'll give the Democrats four seats that are slightly competitive, maybe five at the most, but I don't see them ever going past that,” said Sutton. “And even that, I think they're going to continue to try to push for keeping the map as close to what it is now in whatever they resubmit.”

There is no word on what Tuesday's agenda will be and with both processes in limbo, the chances of the state holding a May 3 primary are getting more grim.

Ohio Secretary of State Frank LaRose, R-Lima, has said it takes at least three weeks to get new maps into the system.

Then, absentee ballots have to be shipped overseas to military members by March 19. Then, early voting has to begin on April 3, one month out from the primary.

It is likely if Ohioans don't get new legislative and congressional maps by the weekend, the state is going to have no choice but to move the primary or risk breaking federal law.​​