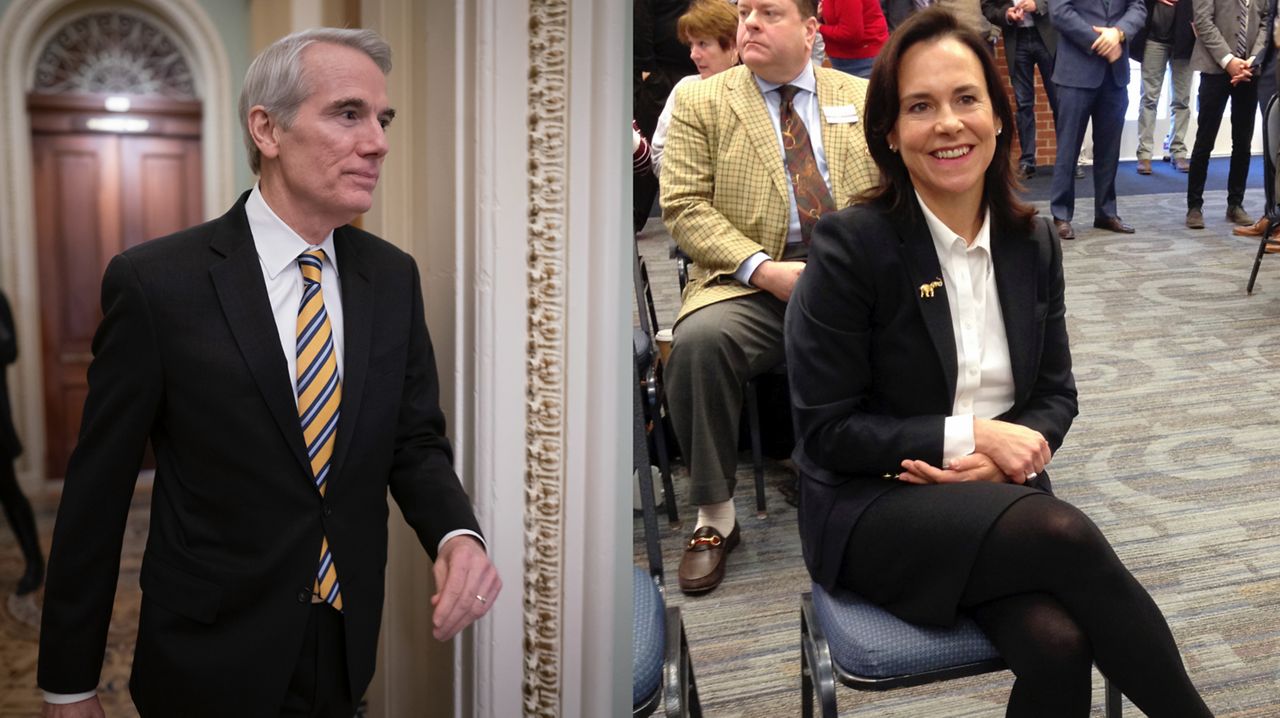 Rob Portman endorses Jane Timken to succeed him in Senate


Portman’s endorsement comes as Timken is competing in a crowded Republican primary that features five serious candidates, all of whom said they would have welcomed Portman’s support.

“I believe Jane Timken is the best candidate to advance conservative Republican policies to help Ohio workers and families,” Portman said in a statement.

He added that, “I am confident in her ability to win both the primary and the general elections, ensuring that this Senate seat remains Republican with a 50-50 Senate, and so much at stake.”

“I believe Jane Timken is the best candidate to advance conservative Republican policies to help Ohio workers and families." pic.twitter.com/AhUXQDezYR

Timken, who served as Ohio GOP chair during Donald Trump’s presidency, is the only woman in the Republican primary, which kicked off one year ago when Portman announced he would not run for a third term.

“Senator Portman is a thoughtful, conservative leader who has served Ohio with distinction, and I’m honored to have his support,” Timken said in a statement. “Rob successfully led the effort to pass President Trump’s tax cuts, is the leader in the U.S. Senate in fighting the opioid epidemic, and has consistently delivered results for Ohio on issue after issue.”

Timken and Portman’s friendship goes back years, thanks in part to her tenure as party chair and her family’s long history as GOP donors. She is married to Tim Timken, who hails from the family behind the TimkenSteel Corporation.

Portman’s official endorsement provides Timken’s campaign with some new momentum at a time when she has been slipping in some polls and her fundraising numbers have dropped.

Timken’s team touts Portman as “one of the most successful elected officials in Ohio history” who has never lost a race. The campaign conducted seven surveys throughout the primary that showed Portman is the most popular statewide elected official among GOP voters, with a favorability rating in the 60s.

According to Timken’s campaign, $800,000 in donations were promised to her from various donors if she secured Portman’s support. As a business-friendly Republican, Portman has amassed a deep donor base across Ohio throughout the years.

A spokesperson for Timken said Portman will campaign with her, in-person, in the coming weeks.

The endorsement news comes as the Republican field anxiously awaits Trump to weigh in.

In the press release announcing Portman’s endorsement, Timken’s campaign made a point to mention that “Portman was instrumental in getting a number of President Trump’s major legislative accomplishments through the Senate” and that “President Trump has praised Portman on numerous occasions.”

Portman, who is known on Capitol Hill as a moderate dealmaker and policy wonk, developed a reputation during Trump’s presidency of supporting Trump’s policies but not always agreeing with his rhetoric. It remains to be seen if Portman backing Timken will influence Trump’s thinking of who to endorse in the race.

In terms of tone, tenor and focus on policy, State Sen. Matt Dolan’s campaign is closest to matching Portman’s style of legislating.

Dolan is the lone Republican candidate in the race who joins Portman in accepting the results of the 2020 presidential election, despite Trump’s baseless insistence that it was stolen.

Dolan is also the only candidate in the primary who supported the bipartisan infrastructure package Portman helped write.

Timken was against the deal — which will provide Ohio billions for roads and bridges — and told Spectrum News in January that while she thought Portman “was well intended” in how he negotiated the bill, “if the other side is constantly moving the goalposts, I would walk.”

Dolan’s campaign views those issues as examples of Timken not being aligned with Portman.

“In my conversations with Senator Portman over the past year, including this morning, he made clear that his support for Jane Timken was predicated on personal friendship,” Dolan said in a statement on Wednesday. “I respect Rob’s service, but each day more and more Ohio Republicans recognize the fact I am the only candidate with a record of conservative leadership that gets results for Ohio.”

This Republican primary is quickly becoming one of the most expensive in the nation. Timken, Dolan and Gibbons have each poured millions of dollars from their own fortunes into their bids, while Mandel and Vance are relying on fundraising and the support of outside political groups.

The winner of the May 3 primary will likely take on northeast Ohio Congressman Tim Ryan, who is the Democratic frontrunner currently competing against progressive attorney Morgan Harper.