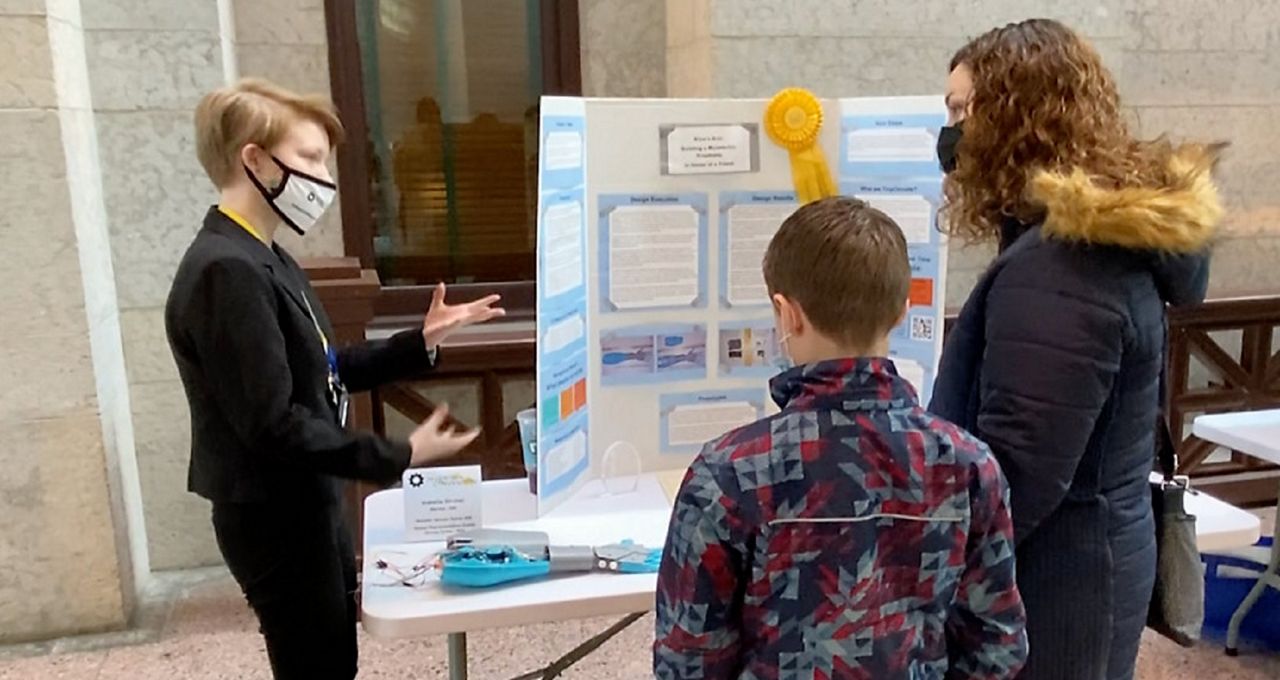 COLUMBUS, Ohio — Isabelle Strobel is a 9th grader at Akron's STEM High School who has been working for several years to perfect her invention, "Alice's arm."

The myoelectric-arm prosthetic Strobel created is in honor of a friend.

“She had a prosthetic and she actually had to stop wearing it because it cause extreme bruising," said Strobel. "It was extremely heavy, and it was bulky. I wanted to create a prosthetic that wasn't so bulky and heavy."

Nearly 50 award-winning students in grades K through 12 who were involved in the Invention Convention were recently honored at the Ohio Statehouse.

The group included Daniel Mefford and Aiden Peelle, co-inventors of Neptune, saver of the sea.

“When microplastics are ingested and digested by humans and marine animals, it can be very harmful for their endocrine and immune system," said Mefford. "What our invention does, it goes underwater. It sucks in these high micro-plastic dense areas of water and it uses photocatalytic oxidation to turn these microplastics into molecules such as H2O."

“If these kids continue to work on their projects, scale them, build here in Ohio, employ here in Ohio, [they can] really change, not just this state, but the entire nation,” said Jarrells.

For Strobel, she's dedicated to being a problem solver, and in that process patience is key.

“I'm working on creating my final design, so I can try for a patent. My ultimate goal for this project is to have it being sold, and make it so children could have a prosthetic that's sizable and they don't feel like they don't fit in,” said Strobel

For more information about upcoming events, check out the Ohio Invention Convention's website.