COLUMBUS, Ohio — More COVID-19 tests are being performed than ever before in Ohio, but residents are still struggling to find appointments.

​​​Kenneth Fox, 63, drove through a new Ohio State Wexner testing site in Columbus on Tuesday, located in a parking garage at the Chemical Abstracts Service, a division of the American Chemical Society.

“I’ve been sneezing and have a runny nose, and I actually had the chills the other night, so I thought I'd come in and check,” Fox said.

Ohio National Guard members working the testing site swabbed Fox and his wife, Estrella Cassady, 70, who has a sore throat and congestion.

“We've both been vaccinated with the boosters, so we're not too worried about actually getting sick, just being careful,” Fox said.

In uniform, with gowns and face shields, nine members of the Ohio National Guard were swabbing patients Tuesday, as two rows of cars moved through the site. It’s one of 12 locations in the state where the National Guard is supporting COVID-19 testing. 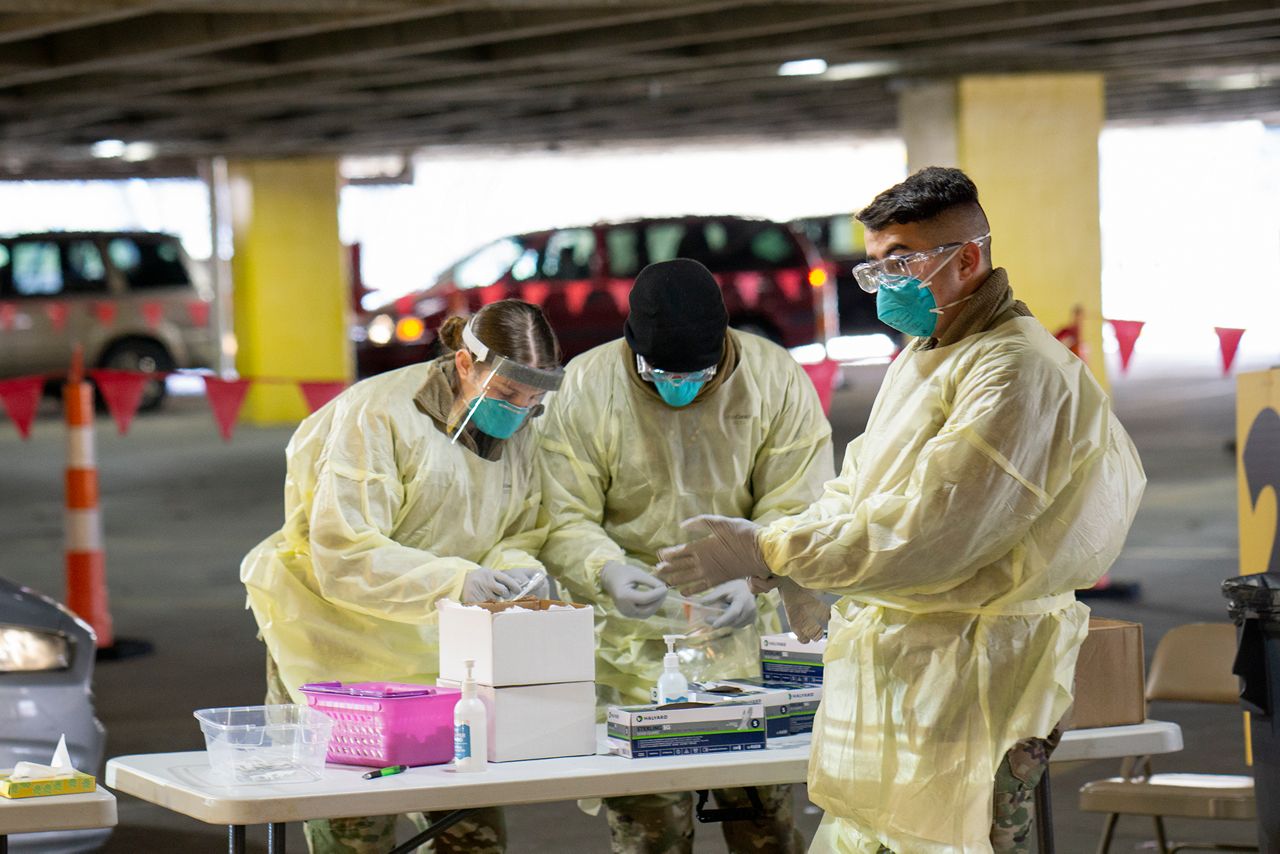 Members of the Ohio National Guard performed hundreds of tests on Tuesday.

“The operation is going great. We started out Monday of last week with 290 tests and as of Monday a week later, we're up to 933 tests,” said Master Sgt. Robert Stephens. “We're just here to assist with the staff. The nurses are so overwhelmed that they need us in here to help.”

Stephens said because the testing is by appointment only, many of the people they are swabbing, like Fox and Cassady, are experiencing symptoms.

The state of Ohio is reporting record daily test numbers, surpassing 80,000 tests in a day for the first time in the pandemic on last week's peak days. The seven-day average statewide positivity rate was 27.2%, as of the latest update.

The recent surge in cases, which state health officials attribute to the spread of the omicron variant, is overwhelming contact tracers, who can’t keep up with all the new infections.

The Zanesville-Muskingum County Health Department announced Tuesday that it is asking residents who test positive to contact other people with whom they were in close contact, including coworkers, and notify them that they tested positive. The health department said it no longer has the ability to contact trace every case.

“We need the public’s help to make these notifications for quarantine in a speedy manner, and to let people know of their risk,” officials said. 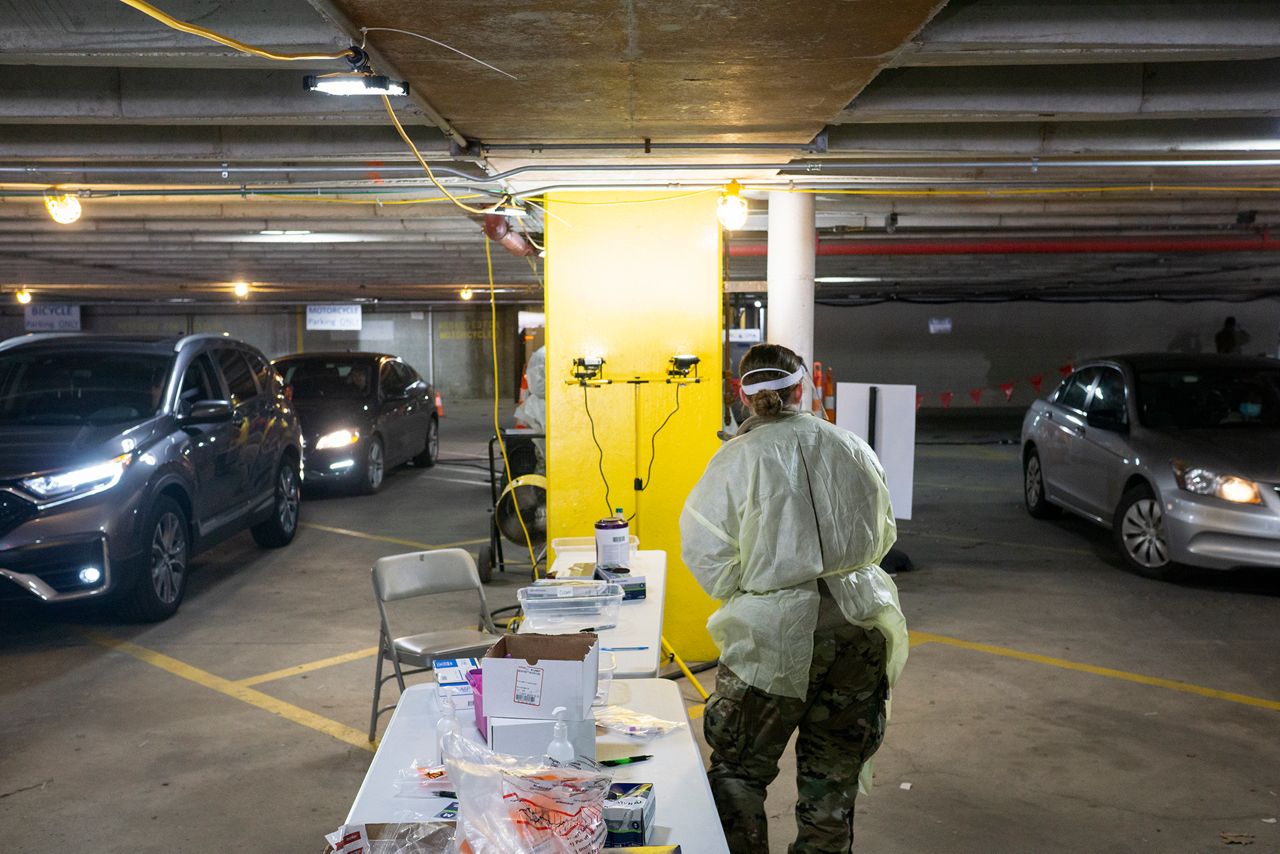 Ohio is testing more patients than ever before during the omicron surge.

The surge in cases and exposures has also made it a scavenger hunt to find at-home rapid tests, which were widely available in the summer and fall.

Libraries in the state have distributed 2.24 million free home tests to residents through a partnership with the Ohio Department of Health. In recent weeks, the demand for the home tests has surged, and libraries are now exhausting their supplies within hours. Nearly 650,000 test kits were picked up from libraries in December alone.

“Literally, the minute that the libraries are getting these shipments in from the state, they're going right out the door,” said Michelle Francis, executive director of the Ohio Library Council, which represents 251 public library systems. “We've seen situations where 1,100 tests will be distributed within 90 minutes. We've seen situations where some libraries have had to reach out to local police departments to help with traffic control.”

Francis encourages people to call ahead to see if libraries have the tests, and she says residents may need to be patient or seek testing elsewhere if the libraries are out of stock.

“The tests are a very hot commodity right now, if they're even available,” she said.

In Columbus, major retail pharmacies, like CVS and Kroger, have limited appointment availability for viral tests, with their websites showing they are nearly fully booked until the end of the week. 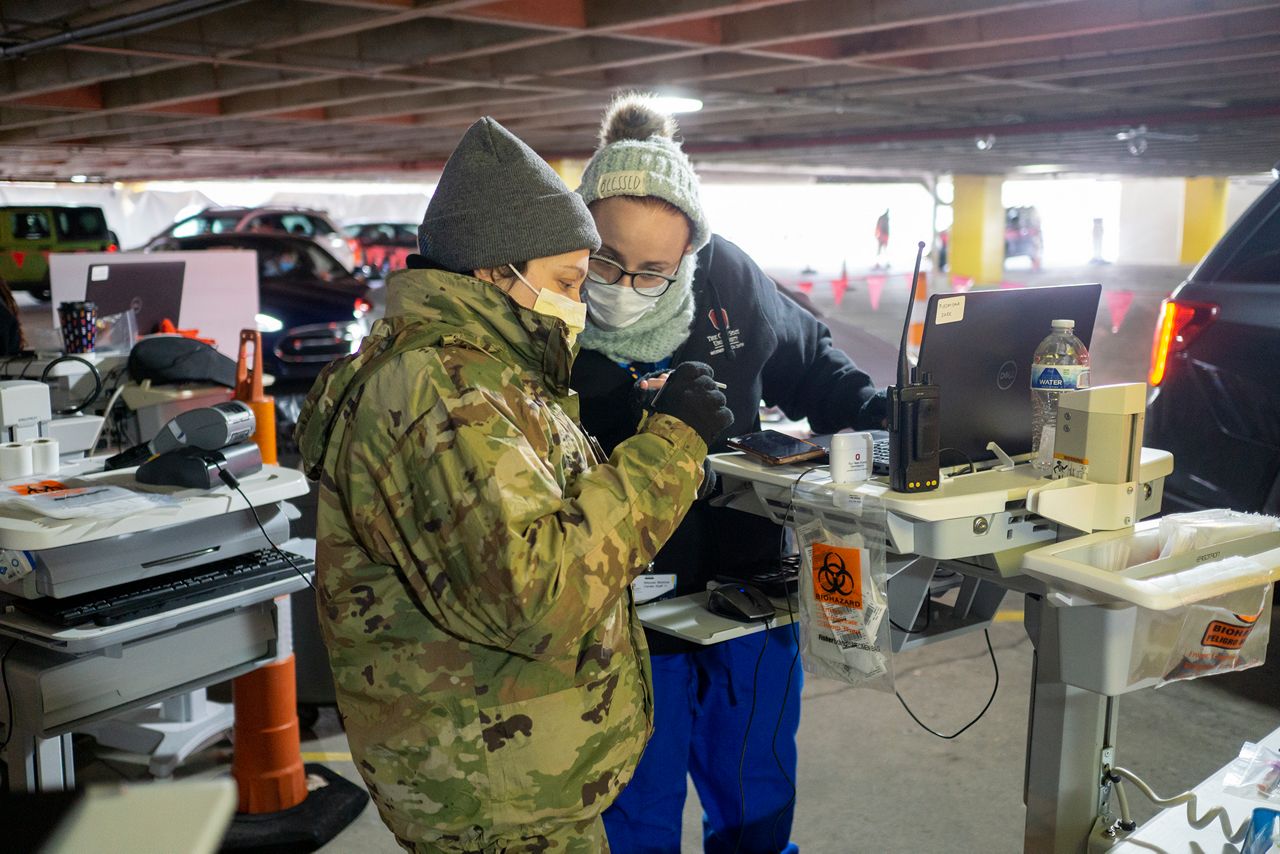 The Ohio National Guard has been deployed to 12 COVID-19 testing sites in cities across the state.

Gov. Mike DeWine (R) said in a statement Tuesday that the deployment of the Ohio National Guard to testing sites is helping ease the burden on hospitals that are overwhelmed by the COVID-19 surge, “diverting testing traffic” away from busy emergency departments.

“We are grateful that National Guard members are continuing to fill critical roles in our state's response to this pandemic, especially as the strain on our health care providers continues,” DeWine said.